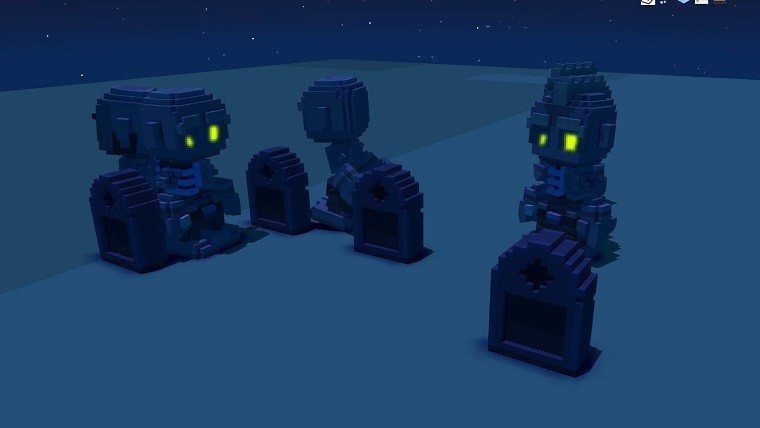 Radiant Entertainment have just unveiled what they have recently been working on; a new creepy mob for their lovable voxel based title Stonehearth.

Prior to the unveiling only small group of fans had seen a glimpse of the newly modeled and animated mob, on live-streams by the developer. However, Team Radiant has now decided to show off the zombies in all their undead glory. According to the team they have tried to make them distinctive in both look and their style of combat, compared to the current mobs in the game. While workers can stand and fight goblins, only troops will stand up and fight against zombies.

The zombie model isn’t just important to show off the new mob type. As the developers are keen to point out, “Note the glowy eyes, thanks to our new shader tech.” The shader tech should work well with the recent adjustments to the lighting engine; which have resulted in warmer looking fires and darker caves. Above is the released screenshot of what happens to workers when zombies attack.

Stonehearth developer, and co-founder of Radiant Entertainment, Tom Cannon revealed that zombies aren’t the only new mob he’s been working on: “For the past few stream sessions, I’ve been modelling and animating new kinds of monsters for the game, specifically skeletons and zombies!” When either will be added into the game is still unclear.