Super Mario Bros. stage customization being looked at by Nintendo 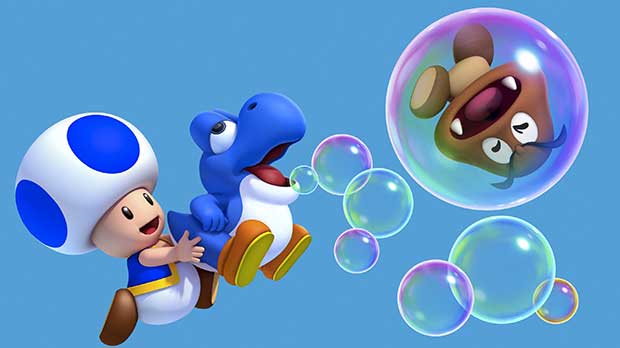 Nintendo has made more Super Mario Bros. games than we care to count, and some despise the franchise for failing to evolve with other platformers. The problem is Nintendo hasn’t really needed to evolve the franchise, but according to a recent interview, the company is looking at integrating level customization in future titles in the franchise.

New Super Mario Bros. U recently added a splash of customization in it’s Coin Battle mode, but the level of options in paltry in comparison to what other games in the genre are doing. Masataka Takemoto, director of New Super Mario Bros. U, recently sat down with GamesTM to discuss the franchise and revealed big changes for the popular franchise in the future.

“I think the Coin Edit feature in Coin Battle is a step closer to that. There is a possibility of this happening in the future, but there’s no use just blindly making that feature available. We would need to carefully think about how to make such a system work. The important thing is that it has to be something that is uniquely Nintendo. Where a beginner can easily make something and have a good time, and simultaneously, someone who is really into Mario can delve into it deeper and make something more complex. So that is a challenge we will need to tackle in the future.”

Could this be enough to convert Mario naysayers going forward? Well it certainly sounds like its a step in right direction. Nintendo has yet to announce the next Super Mario Bros title, but many believe that the Wii U will indeed see its fair share of Mario titles throughout the console’s lifespan.

New Super Mario Bros U Nintendo WIIU
You May Like