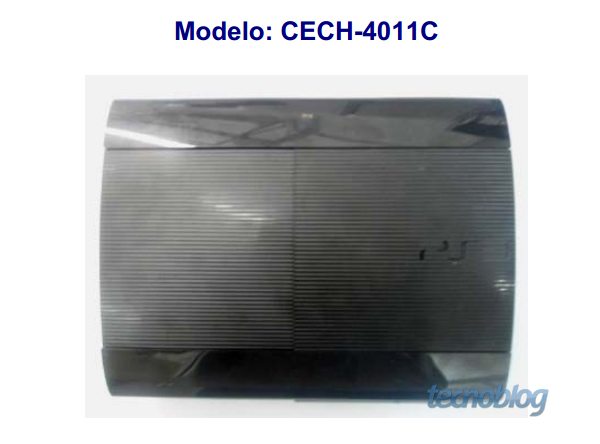 Last Thursday, documents filed with the Federal Communications Commission (FCC) implied that Sony may be readying a new “super-slim” PS3 model to be revealed at this year’s Gamescom. The PS3 redesign would be categorized under “4000 series” as opposed to the current 3000 series currently being produced.

Today, reported images of the new PS3 have appeared on the site of Anatel (the Brazilian Agency of Telecommunications) and have been re-posted by Tecnoblog. The photos show what would appear to be a new PS3 model with a clearly ridged surface. Some sort of sliding compartment also appears to be shown on top, possibly implying the more cost effective disc tray that earlier reports alluded to.

While Sony has yet to confirm or deny the validity of the photos, the images are labeled “CECH-4011A,” “CECH-4011B,” and “CECH-4011C,” which Tecnoblog notes would correspond to PS3 consoles with a 16 GB, 250 GB, and 500 GB storage capacity, respectively. We’ll update this story should Sony release an official statement in the near future.