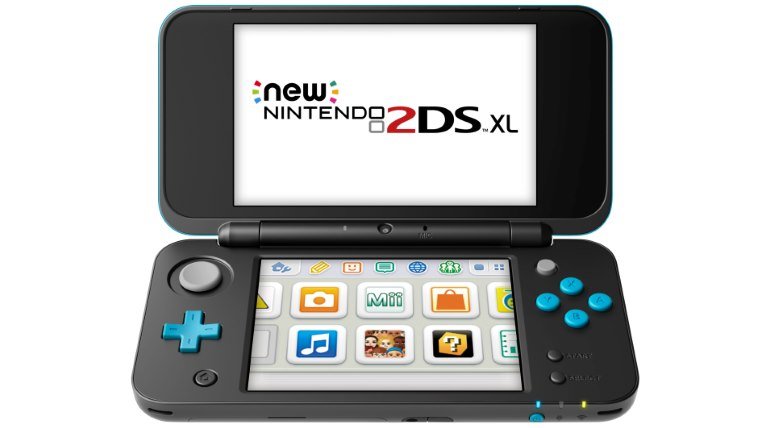 Earlier today we revealed that Nintendo was promising more support for the 3DS. This was rather surprising because, despite their assurances, it seemed like the Switch would be supplanting the 3DS and its entire line of handheld consoles. Now Nintendo has made their commitment to the handheld even bigger, announcing a brand new model in the 3DS family: the New Nintendo 2DS XL.

Launching on July 28th, the New Nintendo 2DS XL will hit at a suggested retail price of $149.99. The system looks very much like the New Nintendo 3DS XL that we have right now, with the main difference being the lack of 3D displays. Given how most gamers reacted to the 3D feature, specifically that most keep it turned off, this seems like a great and long overdue move on Nintendo’s part.

The removal of all the tech surrounding the 3D display must make for a significant cost savings in production. There’s not only the screen, which requires very complicated parts, but also the dial to control the 3D depth, and the facial tracking system that was added in the New 3DS line.

All other features seem the same, including screen size and built-in NFC for amiibo support. The unit will also feature the same clamshell design of the 3DS system; something that was lacking in the original 2DS. The New Nintendo 2DS XL will launch with just one color choice: black/turquoise. Though with Nintendo’s propensity to launch special colors and limited edition units, I’d expect more choices of New Nintendo 2DS XL to arrive down the road.