The Wolf Among Us Heads to Retail Stores for PS3, PS4, Xbox 360 and Xbox One 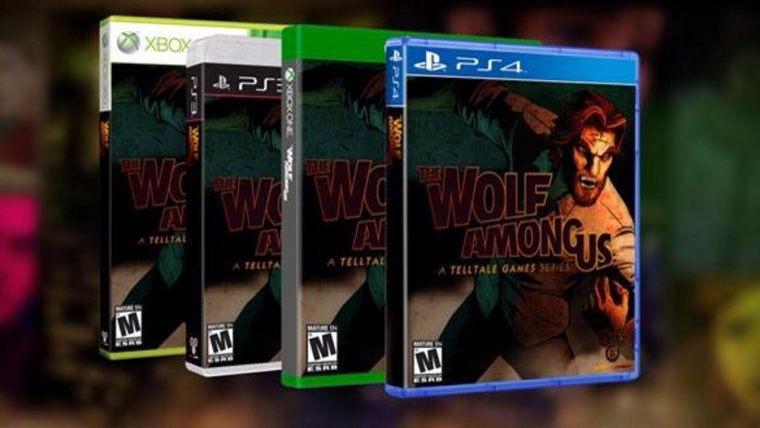 A tweet by Telltale Games has confirmed that The Wolf Among Us will be heading to store shelves later this year as a complete, standalone package. The set, which will contain all five episodes of the first season, will be released on PS3, PS4, Xbox 360, and Xbox One. Barring a digital release between now and when this set comes out, this will be the first time The Wolf Among Us has appeared on the new generation of consoles.

The Wolf Among Us is coming to retail later this year on PS3, PS4, Xbox 360, and Xbox One

The Wolf Among Us just concluded its first season last week with the release of its fifth episode, titled Cry Wolf. The game, like Telltale’s other series The Walking Dead, is a point-and-click adventure title with a heavy emphasis on story and characters.

You play as Bigby Wolf, the sheriff of a community in New York called Fabletown. This is no ordinary community though, Fabletown is populated with the people, and animals, from our own fairy tale stories. As Bigby investigates various crimes that are occurring within Fabletown he becomes caught up in conspiracy and intrigue that could threaten the foundations of their community.

The Wolf Among Us is based on the Fables comic series. It serves as a prequel to the long running comic. The first season of the game consists of five episodes that amount to around 10 hours of story. Multiple playthroughs are enjoyable though thanks to the game using your choices to shape the events of the narrative.

While everyone continues referring to it as The Wolf Among Us Season 1 there has yet to be an announcement of a Season 2 for the game. Telltale’s next two games are already set to be Tales from the Borderlands and Game of Thrones so it is unlikely a second season would come out for some time. However, with the popularity that the first season garnered, it is hopeful that it would come eventually.

Release date information for the retail release of The Wolf Among Us on PS3, PS4, Xbox 360, and Xbox One was not given, but was promised to come at a later date.