The latest news in the world of video games at Attack of the Fanboy
January 23rd, 2014 by William Schwartz 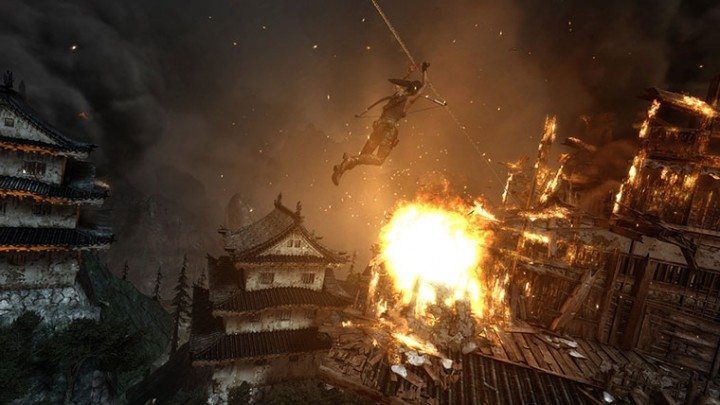 Tomb Raider: Definitive Edition is set to arrive next week on the Xbox One and PlayStation 4, but those looking for the truly definitive version might be looking towards the PS4 version due to a reportedly higher frame rate.  A recent livestream conducted by GamesRadar featured the game’s executive producer Scott Amos, who revealed that the PS4 version had an uncapped/variable framerate which would be looking to hit 60 frames per second as often as possible.

Amos did not address whether this was also the case on the Xbox One.  But, sources have allegedly revealed to Rocket Chainsaw, that the Xbox One version of the game will be closer to 30 frames per second number that was revealed earlier.

According to their sources, the Xbox One also has an unlocked framerate, but technically, the console can reach around 45 fps.  “For most of your play, and during action scenes, the Xbox One build will sit on around 30 fps,” reads the report.

At least both games will be in native 1080p when Tomb Raider: Definitive Edition arrives on Xbox One and PS4 on January 28th.