Watch a New Trailer for Call of Duty: WW2 ‘The Resistance’ DLC Pack

The latest news in the world of video games at Attack of the Fanboy
January 25th, 2018 by Jose Belmonte 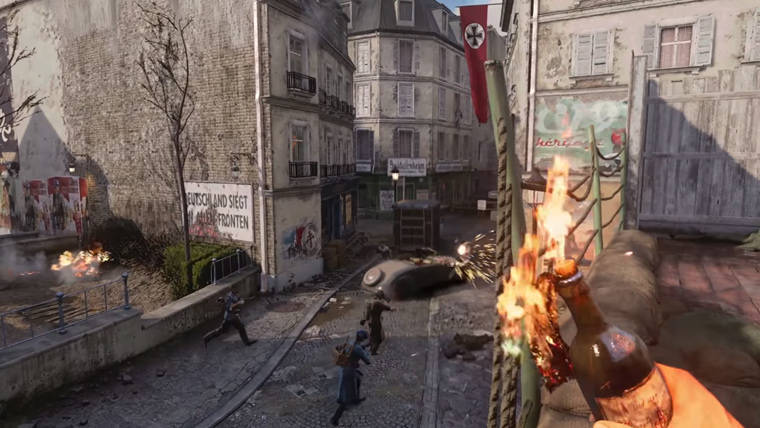 Sledgehammer Games is offering fans a new look at the new DLC for the very successful Call of Duty: WW2, called ‘The Resistance.’ The action-packed trailer shows new footage of each of the new multiplayer missions coming in the package as well as the new map for the War Mode and the new chapter of Zombie Mode. All of this offer hours of new content for players of the game coming on January 30 to PS4.

The multiplayer maps are Occupation, set in Paris, Valkyre, set in East Prussia, and Anthropoid, set in Prague. The new War mission is called Operation Intercept, and will put us in charge of a rescue mission in search of other Resistance comrades. Finally, The Darkest Shore will put us in an island in which we’ll try to survive to a massive zombie outbreak.

To celebrate the launch of this first DLC Pack, the developers announced a new event which introduces Resistance-themed headquarters, new weapons, supply drops, playlists, and modes. They also introduced a new class called the Resistance Division, which will be free for all players even after the event.

The Resistance will launch first on PS4, and it will be available to purchase for $14.99 separately or free if you already bought the season pass of the game. Watch the new trailer below.