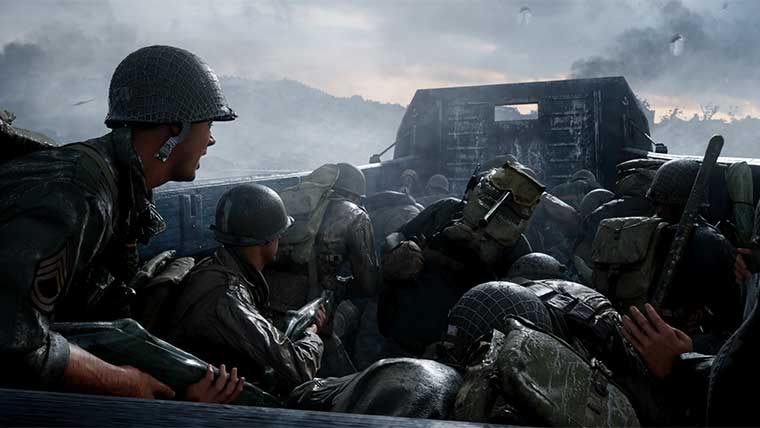 The new in-game event for Call of Duty is beginning on January 23rd to coincide with the release of the first bout of downloadable content for the game. Much like the recent Winter Siege event, Call of Duty players will be treated to a new headquarters design, new weapons, resistance themed supply drops, new playlists, and modes.

Also on January 23rd, Sledgehammer Games is introducing a new class to the game called the Resistance Division.   This new Division is free for all players before and after the event, adding to the Infantry, Airborne, Armored, Mountain, and Expeditionary Division already found in the game.  The Resistance class has a unique set of perks that can be unlocked through progression, and they appear to be a more stealthy class than any found in the game with extra pistol attachments, and knife attack.

The Resistance Event begins January 23rd, which will give players a full week to get geared up for The Resistance DLC which is set to arrive first on PlayStation 4 on January 30th.

The nice part about these new live events for Call of Duty WW2 is that anyone can participate in them and earn new items without having to own or have access to the downloadable content.