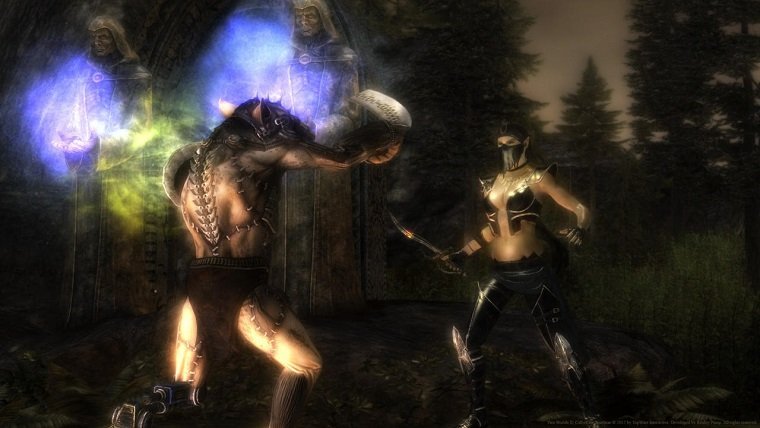 We learned about a year ago now that not only was a Two Worlds 3 in development, but that new DLC would be coming to Two Worlds 2. The game originally launched in 2010 to mixed reviews, but that isn’t stopping the developer from bringing the game some new content over 6 years later.

The DLC in question is called Call of the Tenebrae, which will launch on May 25th and adds around 10 hours of new content to the game. However, this new content will only be coming to the PC version of the game, so those who may have played on PlayStation 3 or Xbox 360 are being left out in the cold. It’s likely that those versions of the game wouldn’t have been able to handle the update, as it’s set to be pretty extensive. It will costs $10 as DLC for Two Worlds 2 and as standalone expansion for $15.

It has been revealed that Call of the Tenebrae will add a new story, new locations, new characters and new bosses to take down. However, the biggest change of all is that the game’s engine is being updated, which will hopefully make the game look and perform better. The new story that comes with the DLC is as follows:

“In the wake of a rash of disappearances across the land, the Hero receives an unexpected letter from DarPha, compelling him to travel across Antaloor to assist her in solving the mysterious kidnappings. He arrives just in time to see a group of robed figures seemingly murder DarPha before disappearing into a magical portal. The Hero is thrust into a decades old mystery while a new race of horrific, rat-like creatures attempt to destroy Antaloor for good.”

More content is set to be coming to the game later this year, with another DLC expansion called Shattered Embrace, two multiplayer map packs and more in the works. This can all be acquired through an upcoming season pass, through a price for that has not yet been confirmed.