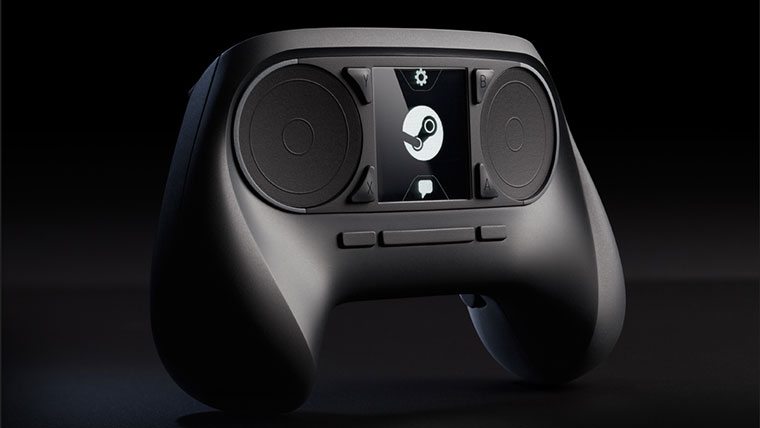 PC giant Valve has just unveiled its third of three big announcements this week in its Steam Controller. This unique controller forgoes the traditional dual analog stick route in favor of two clickable trackpads. Valve believes this trackpads will “[allow] precise control over frequency, amplitude, and direction of movement.”

The middle of the controller boasts a touch-enabled, high-resolution screen which also acts as a clickable button. When a player touches the touch screen, the display will overlay on top of the game itself, meaning gamers won’t have to look down at the screen at the menus. Valve believes the screen will allow an infinite number of actions be available to the player without the need of an infinite number of physical buttons on the controller itself.

Valve’s controller announcement tops a week of new things coming from the creators of Steam. It’s new OS, SteamOS, along with it’s Steam Machines and now new Steam Controller will make Valve a viable contender in the fight for living room electronic space. The new controller is said to support the full catalog of Steam games to date, as well as including legacy support for titles that lack traditional controller support.

While there was no announcement of Source Engine 2 or any sequels to Valve titles announced this week, it seems like the house Gaben built is not slowing down in the least. It’s no surprise these announcements were made less than two months before next-gen hardware will be invading living rooms. The question will be: Is there enough room under the TV for everybody?