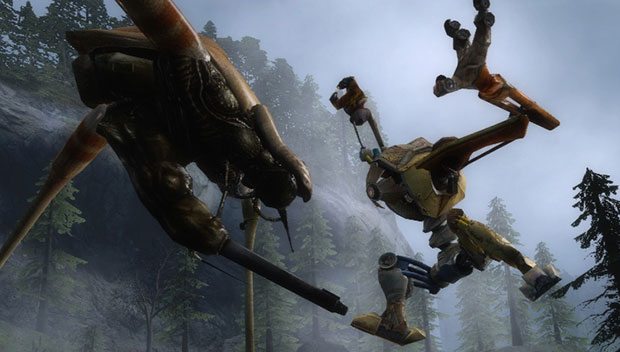 Valve’s new Steam Greenlight project will empower the community to pick the next games to arrive on Steam. Developers will be able to distribute game assets to the community, and build buzz for their projects before releasing them for sale on the marketplace. This weekend at Quake Con, Valve’s Chet Faliszek was part of a panel discussing mods, and was asked whether or not Source mods would be valid projects to be accepted into the Greenlight program.

“Obviously there are some legal issues there and stuff,” said Faliszek. “I definitely know that we want to make it where we’re not putting up a barrier or judgment. So, I think its going to be interesting once it’s opened up, what people submit. I imagine that they’re going to submit Half Life 3, and we will all laugh heartily at that. But you know, it’s going to be interesting to see what people submit and we’re going to learn alot from that.”

So while you may not see Half Life 3 from Valve for some time to come, the Steam Greenlight project just might bring fan-made visions of the long awaited title to life in the near future.

Half Life 3
We're Looking For Contributors