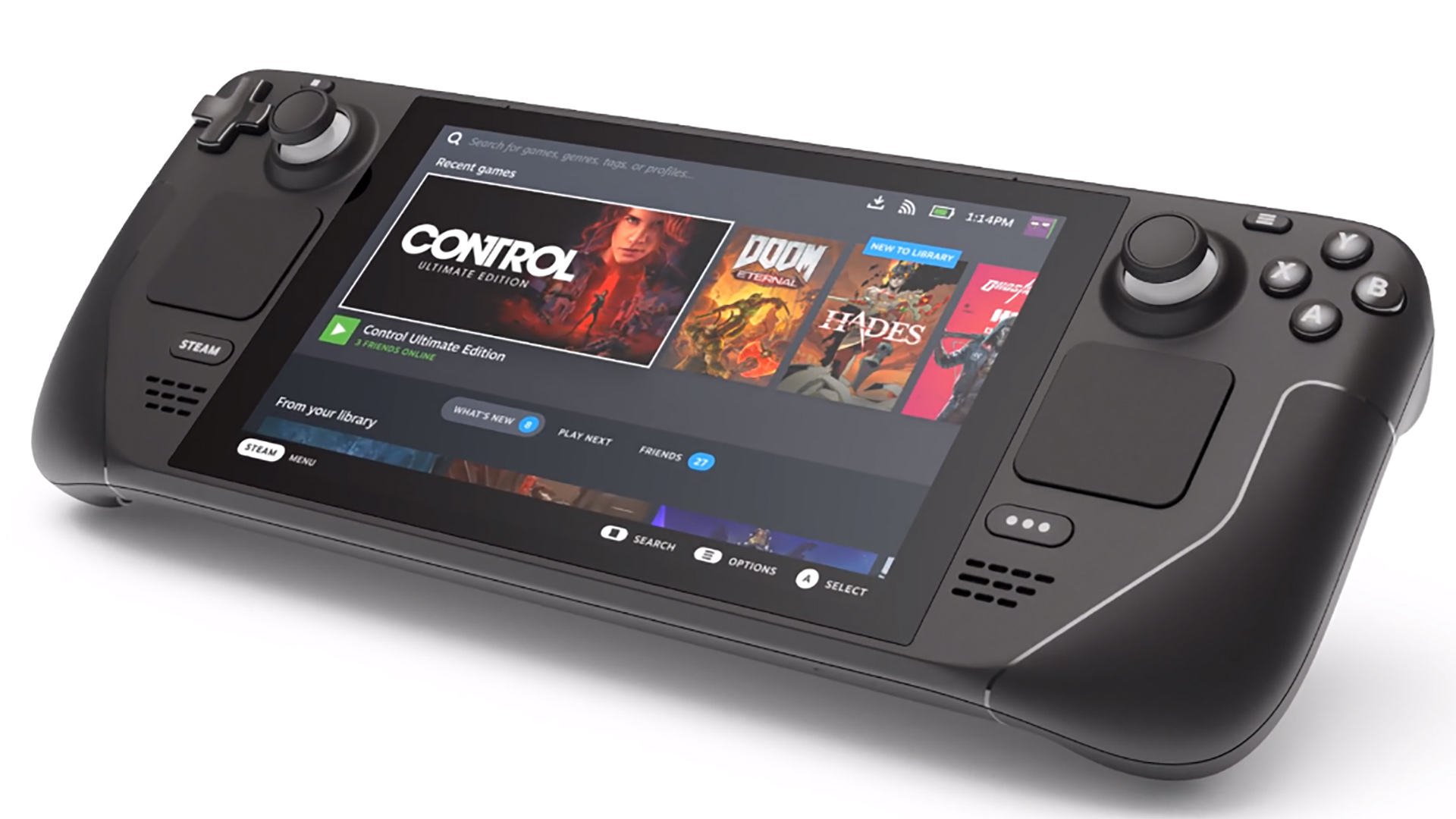 Valve just revealed its mobile device named the Steam Deck alongside tech spec details and its release date. The Steam Deck is clearly intended to be a rival to the Nintendo Switch and boasts an AMD custom APU (accelerated processing unit) capable of up to 3.5GHz of processing power across its four cores. The layout of the device is unibody in design with no detachable controllers and the screen is a seven-inch LCD touch display with an aspect ratio of 16:10 @ 1280 x 800p. The Nintendo Switch OLED version preorders start today so the timing of the Steam Deck announcement and its release are not coincidental. What’s more, the Steam Deck is set to start shipping in December 2021 where it will compete against the Switch OLED this Holiday Season. Competition is always good but what’s actually under the hood?

As mentioned before the Steam Deck is a unibody handheld device. In terms of control, the device appears to be building off of the Steam Controller Valve previously released and features a trackpad for games that don’t play nice with controllers, six-axis gyro support, grip triggers on the inner holdings, and lots more. The device also supports Bluetooth 5.0 and Wifi Support for 802.11a/b/g/n/ac meaning it can connect to modern Bluetooth headsets as well as support in-home streaming from other Steam devices.

In terms of software, however, this is where the defining factor may come into play. The handheld gives you access to all of your Steam library. Period. While not all games are suited for mobile bedtime sessions, most PC players have a sizeable library that completely eclipsed their current Switch software libraries due to the constant sales that Valve puts on. In addition to having all of your Steam games at your fingertips, Valve is also including Steam Chat, Notifications, Cloud Saves, Remote Play, the store, and community features. How robust these are will be something you’ll be able to see very soon.

Finally, the system will use a brand new version of SteamOS optimized for handheld gaming. According to Valve, it will make it possible to run multiple existing games on the handheld without any porting work needed to be done by the developer. This is a mighty boast if it turns out to be true as ports tend to not have the same quality overall as their predecessors so removing that step is a great way to get the Steam Deck into people’s hands.