The Walking Dead will now by an FPS developed by Activision 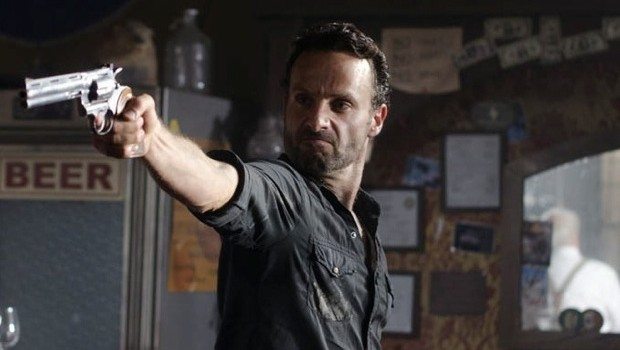 There’s a reason you tune in every week to catch The Walking Dead on AMC. It might be for the intriguing character development. It might be for the compelling drama of watching a group of people struggle to find hope in a barren and dangerous environment. More than likely though, it’s because you love watching horrifying zombies gruesomely take apart an unsuspecting victim. Thanks to Activision, you’ll soon be able to shoot the undead yourself, as the publisher has announced that they’re making a game based on The Walking Dead. If the word “Activision” didn’t already give it away, it’s an FPS, of course!

Though Telltale Games currently has a well-received, episodic The Walking Dead adventure game on the market, Activision apparently wants to take the concept in a different direction. In other words, they want to allow you to shoot things and blow things up more frequently.

The game will be developed by Terminal Reality and will follow brothers Daryl and Merle Dixon as they try to navigate the zombie-infested city of Atlanta. Activision has stated that the game will feature stealth elements as players will have to avoid the sight, smell, and hearing of the undead enemies. Players will have to carefully keep track of and manage supplies, which generally tend to be less than abundant during a zombie apocalypse. Daryl will reportedly encounter a number of NPCs throughout the game, not all of which are friendly. The player will then be able to decide whether or not to allow that character to accompany him on his journey.

The Walking Dead is currently in development and is slated for a 2013 release date for Xbox 360, PlayStation 3 and PC. Stay tuned for details on Activision’s newest FPS.