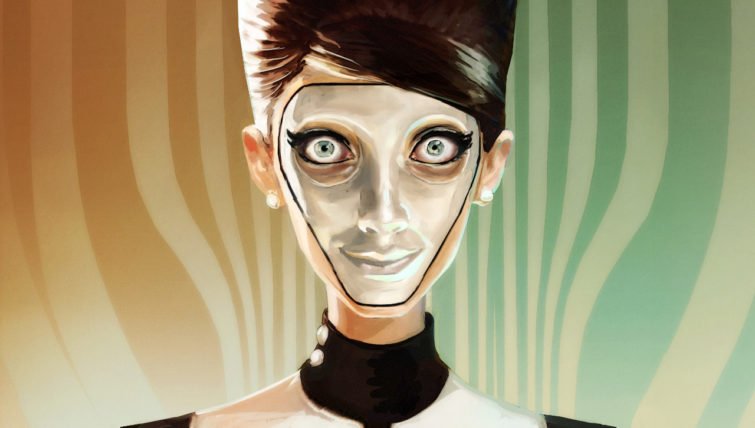 Announced shortly before PAX East 2015, We Happy Few presents players with a stark world full of the happiest people they’ll ever see. Of course, like the masks that all of the characters are wearing, it is all a facade, and it’s up to the player to figure out what is going on in this far too happy world. I sat down with Compulsion Games and tried out the pre-alpha demo they were showing off at the show. It is a short tease of what is to come from We Happy Few, but it is certainly an intriguing first look.

The demo starts out with players waking up in an underground bunker, you don’t know how you got there, or what you are doing. While gathering supplies you spot a TV on the table. Turning it on reveals the creepy, smiling visage of a 50’s TV personality. He reminds you to always take your “Joy” before rattling off a few cryptic and disquieting things. This world is obviously more than it seems, and it’s already pretty intriguing.

Climbing out of the shelter seems to solidify these thoughts as a random man runs by screaming just before a masked police officer knocks him unconscious. It seems he didn’t take his Joy, and the problem is that I didn’t either. In fact, according to Compulsion Games’ Naila Hadjas, this is the first time that you’ve ever been truly sober. 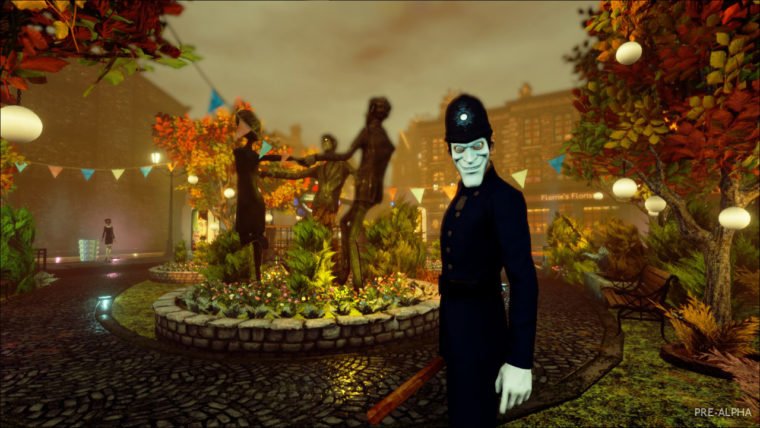 The game is open-world with very little direction at the moment, so I head toward the middle of the city, following the bright and colorful road that seems to traverse the landscape. Everyone I pass has the same disturbing mask on, permanently affixing a smile upon their face. Behind the mask lie their eyes though, and those tell the true tale of the city.

As I wander about, looking for items to collect, or buildings to enter, it becomes obvious that my actions do not go unnoticed. Passersby mention how suspicious I look if I stand still, or eye a building that I shouldn’t. Actually entering a residence will bring down the wrath of the homeowner, as well as nearby townspeople. Officers are always nearby, so if you wish to make any progress, you’ll have to fit in.

Of course, it’s tough given that fact that you aren’t hopped up on some happy pills. Until, that is, you begin to starve or become thirsty. You see, the entire food and water supply is riddled with the smile inducing drug. A fact that became all too clear when I took my first sip of water, only to have  my senses assaulted with color and sound that was far too happy. I had just had my first taste of the Joy that was so integral to the inner workings of this town. 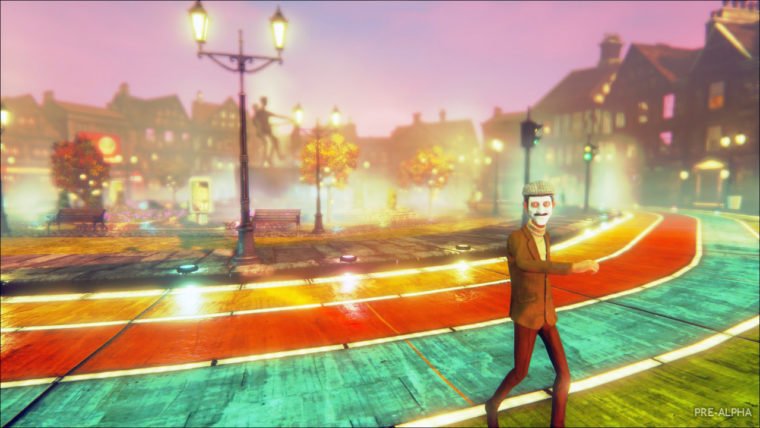 Something that didn’t happen to me, but was explained by the developer is that taking too much Joy will lead to you overdosing and passing out for a couple of days. Given the planned time sensitive nature of We Happy Few, this would ultimately be a very bad thing to happen. To avoid it, players will need to filter their food and water. Doing this requires the use of We Happy Few’s robust crafting system.

Based around the idea of “urban survival”, players will gather supplies from around the procedurally generated town. Combing them can yield new weapons and supplies, which will be used to survive, or to help uncover the mysteries surrounding the city. The story of We Happy Few has so far remained a mystery, but the team has some deep plans for where the game will go.

We Happy Few is currently in pre-alpha, so any thought of a release date is far away. The only current platform is PC, but that could always change. Compulsion Games’ last title was Contrast, which saw release on a few systems.