New This Week in Video Games | Skyrim But With More Dawnguard 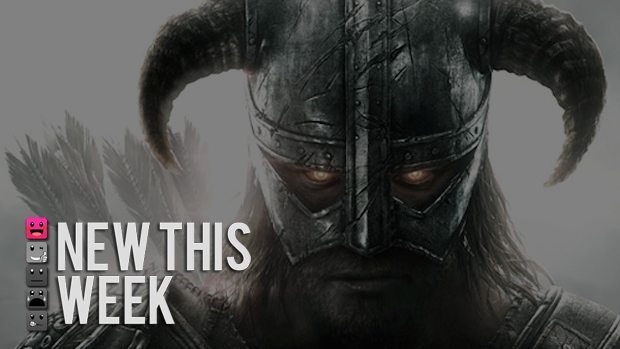 The Elder Scrolls V: Skyrim Dawnguard – Xbox 360 – The next chapter in the highly anticipated Elder Scrolls saga arrives from the makers of the 2006 and 2008 Games of the Year, Bethesda Game Studios. Skyrim reimagines and revolutionizes the open-world fantasy epic, bringing to life a complete virtual world open for you to explore any way you choose.

Mass Effect 3 Extended Cut – Xbox 360, PlayStation 3, PC – Earth is ground zero in the war to save the galaxy, and how you wage that war is entirely up to you. Groundbreaking interactive storytelling and Kinect integration drives the heart-pounding action in which each decision you make could have devastating and deadly consequences.

Battlefield 3: Close Quarters – Xbox 360, PC – Battlefield 3 leaps ahead of the competition with the power of Frostbite™ 2, the next installment of DICE’s cutting-edge game engine. This state-of-the-art technology is the foundation on which Battlefield 3 is built, delivering superior visual quality, a grand sense of scale, massive destruction, dynamic audio and incredibly lifelike character animations. As bullets whiz by, walls crumble, and explosions throw you to the ground, the battlefield feels more alive and interactive than ever before. In Battlefield 3, players step into the role of the elite U.S. Marines where they will experience heart-pounding single player missions and competitive multiplayer actions ranging across diverse locations.

Spec Ops: The Line – Xbox 360, PlayStation 3, PC – It’s been 6 months since Dubai was wiped off the map by a cataclysmic sandstorm. Thousands of lives were lost, including those of American soldiers sent to evacuate the city. Today, the city lies buried under sand, the world’s most opulent ruin. • A new portrayal of the military shooter experience with twisting narrative uncertainties. • Action packed 3rd Person Shooter gameplay provides an up-close and personal view into the brutality and emotion within the combat. • Command an intelligent and powerful squad of Delta-Force soldiers in a dangerous and unpredictable combat zone.

The Amazing Spiderman – Xbox 360, PlayStation 3, PC, 3DS, DS – Harness Spider-Man’s powers with Manhattan as your playground! Set shortly after the events of Columbia Pictures’ new film, The Amazing Spider-Man throws New York City’s brand new hero back into free-roaming, web-slinging action, as he protects the Big Apple from a deluge of unimaginable threats. • Spider-Man’s Triumphant Return to New York –Everybody’s favorite web-head is back in Manhattan with the return of the fan-favorite, free-roaming, web-slinging gameplay.

London 2012 – Xbox 360, PlayStation 3 – The Olympic Games are responsible for some of the most memorable scenes in sporting history. It’s the global stage where dreams are realised, heroes are made, and moments that will be remembered for years happen right before your eyes. Now you too can create your own moments with London 2012 – The Official Video Game of the Olympic Games. London 2012 brings the world’s ultimate sporting event to life, bigger and better than ever before. With new sports, events and new gameplay modes for you to take home gold.

Dead Island GOTY Edition – Xbox 360, PlayStation 3 – A holiday paradise gone mad after a zombie outbreak. The player’s only chance to survive is to escape from the island. Dead Island combines first-person action with a heavy focus on melee combat, character development and customization of a vast array of weapons. All of these features are presented in a dark zombie story with a campaign that can be played with up to 4 players in co-op mode.

Dance Battle VS – PlayStation 3 – Internationally powerful fighters join together to fight for world battle supremacy.  Completely innovative technical fighting system built from the ground up.  Create-a-Combo System records your fighting moves and unleashes on your opponent to match or die.  Custom created characters, movement, background music allows you to compete against opponents from around the world.

Sledge Hammer – Xbox 360 – You are at the mercy of a secret agency that has implanted a bomb inside your head. If you disobey orders, you die. At the hands of an unseen master you have become an unstoppable weapon of destruction armed with mines, rockets, disc launchers, plasma guns, and more. Play as either the predator or prey, charging forth in a heavily armed monster truck. Keep an eye on your Rage Meter. It fills every time you get hit, as well as when you make a hard attack. Use it when full to execute special attacks and unleash the beast upon your enemies!

Record of Agarest War 2 – PlayStation 3 – One day, the world was enveloped by a mysterious blinding light. The destruction it caused was terrible, even as the light itself was sublime in its beauty, and it made those who witnessed the awesome display think of the unrestrained rage and fury of the divine.

Tom Clancy’s Ghost Recon Future Soldier – PC – Armed with the most advanced combat technology, the Ghosts are an untraceable unit of soldiers who track down the highest-value targets in the highest-risk conflict areas around the world. In the near future, 4 of these elite soldiers serve as the tip of the spear in a hidden war raging across the globe. As the Ghosts accomplish their objectives, they discover a far greater threat – one that could alter the international balance of power forever.

Cradle of Rome 2- 3DS, DS – Cradle of Rome 2 is the sequel to the best selling match 3 game and follows in line of the incredibly successful Cradle series.