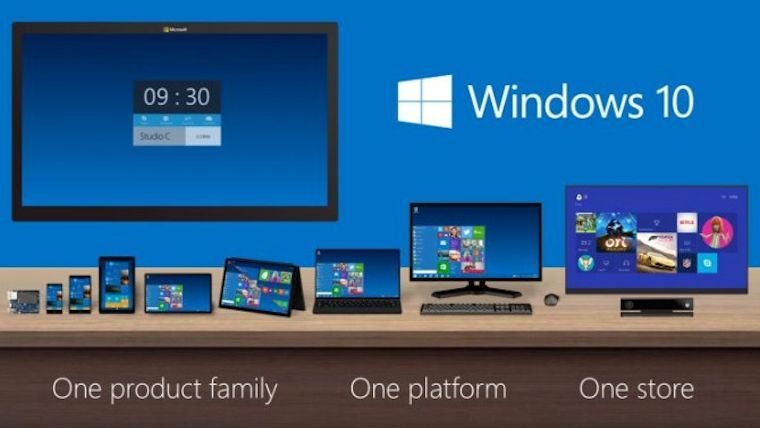 Windows launched Windows 8 a few years ago and we knew that the grand reveal of the new OS was coming today, but there was no way anyone could have predicted the name they went with. Rumors circulated about Windows 9, just Windows, or something completely different, but they have decided to completely skip 9 and go straight to Windows 10. During this reveal, its integration across the different platforms were discussed and one slide shown off seems to show a possible new look for the Xbox One dashboard.

As can be seen in the above image, on the very right is an Xbox One screen sitting on the dashboard, with some obvious changes from the current one available. Avatars have seemed to return most noticeably, to the dismay of some I’m sure. Otherwise, the buttons and pins look to be laid out somewhat differently from the current layout.

This would be far from the first time that Microsoft shook up their Xbox dashboard, as the Xbox 360 saw much more dramatic changes in its lifespan. In fact, the Xbox One has seen a few in its short lifespan. However, this is still just a mockup and could mean absolutely nothing, but it is interesting to see how Windows 10 will be integrated across all of their platforms, including the Xbox One, once Windows 10 releases sometime in 2015.