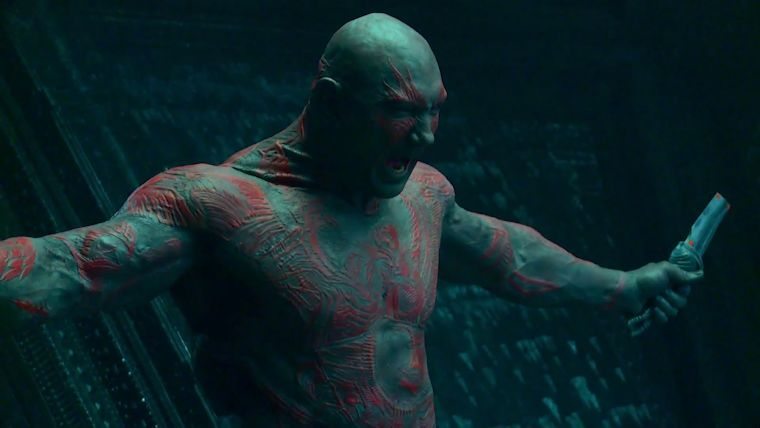 While we are only a couple of weeks away from the full roster reveal of WWE 2K15, it is a pretty safe bet that we’ll see Batista make his way to the game once again. He still remains under contract with the WWE through 2016 and even wrestles occasionally between his acting career.

With the smashing release of what is now my favorite movie of 2014, Guardians of the Galaxy, Dave Bautista will likely be even more of a hot commodity as he proved he could truly act in a major role. However, he will at least still be in someway associated with wrestling for a little while longer. With WWE 2k15 the only official wrestling game on the market and no Guardians of the Galaxy game coming out, it would be pretty awesome to see a little crossover with a costume for Batista based on his character Drax The Destroyer from the movie.

It is very unlikely this would happen since Take Two Interactive and 2K have no ties to Disney really, but there have been some strange video game deals in the past that seemed unlikely to happen at all. Just imagine how awesome it would be to destroy the competition in the ring as Drax. I certainly know I’d pay to be able to do that in the game. If this happened to somehow be made available as DLC, would you purchase it in WWE 2K15?