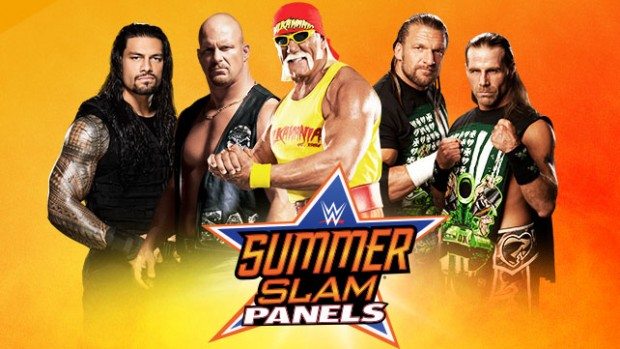 WWE has announced a special WWE 2K15 roster reveal event will be happening in August and it will be hosted by none other than Stone Cold Steve Austin.

WWE is holding something called the “SummerSlam Panel” which will be happening from August 15th until August 17th. This is similar to SummerSlam Axxess in past years, although it’s featuring panels and won’t have all the other merchandise on display.

August 16th is the date that video gamers should bookmark as this is when the full WWE 2K15 roster is to be revealed. It will be happening at Club Nokia at LA LIVE in Los Angeles. The time of the panel starts at 10 AM PT and should run for two hours.

Stone Cold Steve Austin has been named as the host for this special WWE 2K15 roster reveal event. Since he’s the host, it’s a safe bet we can say he will be in the game too. Other names that are joining him include John Cena, Hulk Hogan, Roman Reigns, Sheamus and Cesaro. We can add Sheamus as another new name being confirmed for WWE 2K15 too.

If you want to attend the WWE 2K15 roster reveal event, cheapest tickets are $50. Floor seating costs $100, but it also comes with a signed poster. VIP tickets are $200 which gives you access to more things and you are closer to the superstars.