WWE 2K15 Will Support Multiple Attires For Some Wrestlers 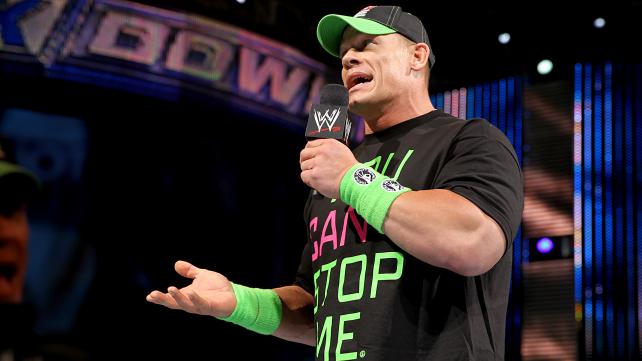 WWE fans will be happy to know that some wrestlers in WWE 2K15 will be able to wear multiple attires when they go out and wrestle.

Executive Producer for WWE 2K15 Mark Little was interviewed by IGN. He’s a part of Visual Concepts who has been hard at work collaborating with Yuke’s on this year’s game. He didn’t share too many new details, apart from the fact the game will still support multiple attires.

Here’s what Mark Little had to say about attires being in WWE 2K15:

“Absolutely! For example, there are four versions of attire for John Cena alone to be 100 percent authentic to his appearances during his rivalry with CM Punk, as featured in the 2K Showcase.”

The fact that John Cena has four different attires in the game is a lot. John Cena usually changes the color of his shirts every six months or so. I’m guessing some other wrestlers will also have different outfits too.

Mark Little also confirmed that WWE 2K15’s “2K Showcase” mode is available on all versions of the game. Whether you buy the game on PS4, Xbox One, PS3 or Xbox 360 – you should be able to play the mode. This is unlike with NBA 2K15 where some modes on the PS4/Xbox One versions, and others are on the PS3/Xbox 360 versions only.