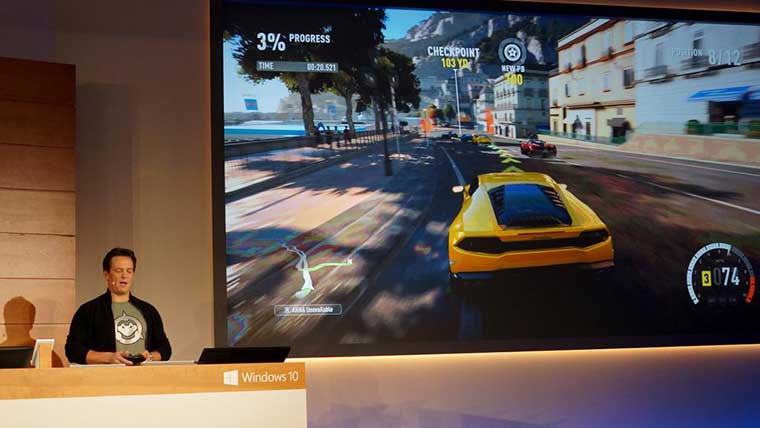 Phil Spencer took the stage at Microsoft’s Windows 10 Event held earlier today to discuss some of the ways that the company’s new operating system would interact with the Xbox One.  We learned a little about Fable Legends, some interesting news about streaming between the console and Windows PC and Tablets,  and even got a glimpse at Microsoft’s vision for virtual reality holograms with the HoloLens.

Though Spencer, known for his fine selection in t-shirts over the years, was sporting one of a popular Rare video game franchise, Battletoads. Spencer didn’t reveal the game by name, or even allude to it, but putting together this tease wasn’t very hard.

Since the original Battletoads game was created by Microsoft-owned Rare Studios, perhaps we’ll be seeing an announcement later this year?

In late-2014, Microsoft filed a trademark for Battletoads video game.