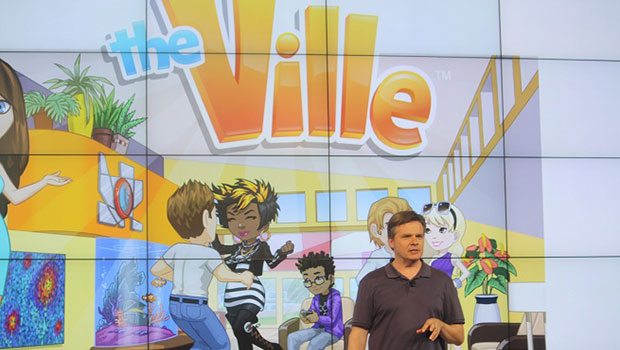 Zynga’s The Ville had a lackluster reception when it launched a month ago. Over the last week however, the game has exploded in popularity via Facebook. The Ville has rocketed into the top spot on the social network’s list of top gaining games, with a net gain of twenty and a half million new users, ten times the amount of closest competitor, EA’s SimCity Social.

Zynga may have out done EA at its own game, with The Ville. Many have drawn similarities between The Ville and The Sims Social, but Zynga has already managed to surpass the player draw of EA in just a month on the market.

Appdata.com has Zynga leading all developers by a landslide when it comes to monthly average users, despite some saying that the social games maker is in decline.

The Ville creates the opportunity for players to become the ultimate home designers and express themselves in the way they decorate their homes. Players advance by socializing with their friends’ avatars and earning happiness through social activities like dancing together, sharing meals, watching TV, chilling in the hot tub or simply talking to each other. As players progress through the game, they unlock new decorations, social objects and advanced relationship interactions with their friends. Building upon game and social mechanics from the most successful ‘ville’ games before it, The Ville is the culmination of years of Zynga’s experience developing groundbreaking social games.

From the looks of it, Zynga’s got another hit on their hands with The Ville, you can check out the browser based title on Facebook.com