Did Call of Duty force the Wii U into a traditional controller? 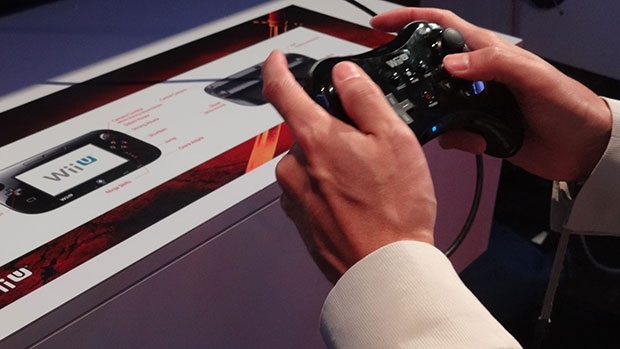 According to industry analyst Michael Pachter, Nintendo had no plans for a traditional controller with the Wii U, but was forced into the “Pro Controller” by the Call of Duty franchise. Pachter told Edge in a recent interview, that the Activision had no intentions of supporting the tablet controller for the Wii U.

“Activision never said anything to me, but I know that [for] big games like Call Of Duty they said, ‘No, we’re not putting it on there if you don’t give us a conventional controller’. So they gave in.”

Nintendo has certainly seen their fair share of missed opportunities this generation because of the non-HD capable hardware, and control scheme of the Wii. Nintendo snubbed “core” gamers with this approach, but since the new console’s announcement back in 2011, Nintendo has been adamant about reaching the “core” audience this time around.

The Wii U Pro Controller will definitely go along way in helping Nintendo reach this goal, but apparently it was Activision that forced the console maker into do so. Regardless of what went on behind the scenes to make the Wii U Pro Controller a reality, Treyarch has a history of producing titles for the Wii, and although they haven’t announced anything yet, they have noted their interest in developing for the next Nintendo console.

Home / Nintendo / Did Call of Duty force the Wii U into a traditional controller?