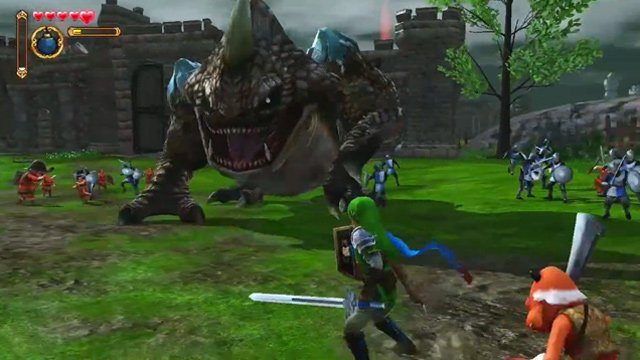 Nintendo has confirmed that Hyrule Warriors won’t support the Amiibo figures the company plans to release for other Wii U video games.

Nintendo gave out the following statement to Destructoid:

“Super Smash Bros. for Wii U will be the first game to support Amiibo. Other games that will support amiibo include Mario Kart 8, Captain Toad: Treasure Tracker, Mario Party 10 and Yoshi’s Woolly World, with more to come.”

Super Smash Bros. on Wii U is expected for release in November while Hyrule Warriors releases before that in September. Amiibo support is also ruled out for Bayonetta 2 since that game comes out in October.

Amiibo figures were announced by Nintendo back at E3 2014. They are similar in nature to Skylanders and Disney Infinity, although feature Nintendo characters instead. Hyrule Warriors has a lot of playable characters, but sadly they won’t be having little figurines of their own.

It’s interesting to note Nintendo did say “more to come” in regards to Wii U games getting Amiibo support. Hyrule Warriors may not support the feature, but the new Legend of Zelda game due out in 2015 could have it. We’ll just have to wait and see if Amiibo figurines become popular as it worked well for Skylanders and Disney Infinity so far.