Nintendo is Finally Getting the Amiibo Situation Under Control

The latest news in the world of video games at Attack of the Fanboy
July 11th, 2015 by Kyle Hanson 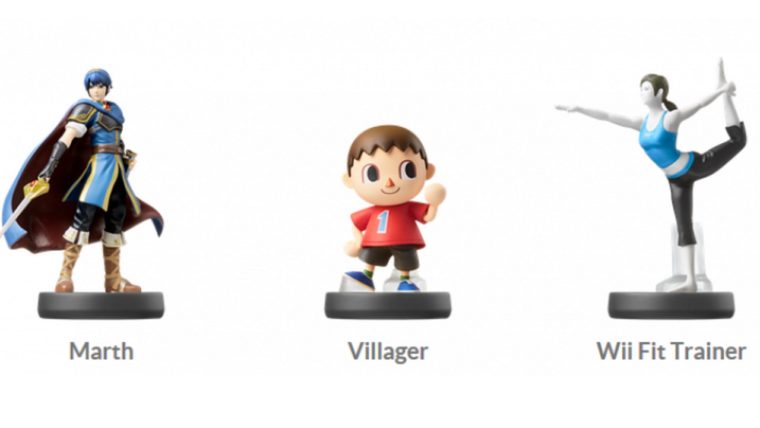 I’ve said a lot of negative things about how Nintendo, specifically Nintendo of America, has handled the unprecedented success of their Amiibo line of collectible figures. Throughout the first four waves of releases they have had limited stock, and communicated poorly. While communication hasn’t necessarily improved that much, they have started to fix the all important stock issues that have plagued Amiibo fans since this all began.

It all started with those first three Wave 1 figures. Now dubbed the Holy Trinity, or unicorns, Wii Fit Trainer, Villager, and Marth quickly sold out across the US and showed little or no signs of ever appearing again. Then Waves 2 and 3 hit and even more figures became hard-to-find collector’s items, such as Captain Falcon and Pit.

None of this was helped by the retailer exclusive figures, like Rosalina & Luma, and Lucario which were fairly rare and made it so you had to go to multiple stores to complete the set. Things reached a fever pitch with the release of Amiibo Wave 4, where figures like Ness was so high that it brought down Gamestop’s entire network system. It seemed like he, and many other figures would become unicorns once more, leaving collectors and fans at the mercy of scalpers, or having to pay high shipping prices to import from less demanding regions.

Some of this is still true, and many still import just to ensure that they receive the highly sought after figure that they want. However, looking over the last couple of weeks we have seen massive improvement in terms of availability and price.

While finding a genuine US figure for retail price is still a matter of following the right Twitter accounts and hoping to spot a restock, Nintendo of America seems to be flooding the market with restocks of the most rare figures.

Yesterday Target put up additional stock of Rosalina, Jigglypuff, Wii Fit Trainer, Marth, and more. The day before that saw a widely publicized restock of Ness and King Dedede, two of the most rare Amiibo at the moment, hit Gamestop, both in-store and online.

Prices overall have been steadily dropping for resellers, where extremely hard-to-find figures have went from above $50, to hovering around $20-$30. It seems that the restocks are truly having an effect, bringing prices down to a more manageable and affordable level for those that really need to get every Amiibo available.

The general feeling among Amiibo collectors seems to be changing as well, with many fans wondering if the extra figures they were holding for future trades will become too common very soon. However, it is important to note that these restocks are small in quantity. They still sell out extremely fast, showing that supply has still not met up with demand. Still, it is a much better scenario for Amiibo collectors now than it was just a few weeks ago.

No longer do you need to feel like you’ve completely missed your chance if you don’t grab a day-1 Amiibo. Instead you can just wait and watch for a future restock. If you miss it again you can wait some more or pay the marginal upcharge for the scalper’s version. It’s still not ideal, but those that waited in line for hours at the Wave 4 Amiibo launch will quickly say that it is much better, and seems like Nintendo might finally be getting things under control.

Home / Nintendo / Nintendo is Finally Getting the Amiibo Situation Under Control