The latest news in the world of video games at Attack of the Fanboy
March 28th, 2017 by Dean James 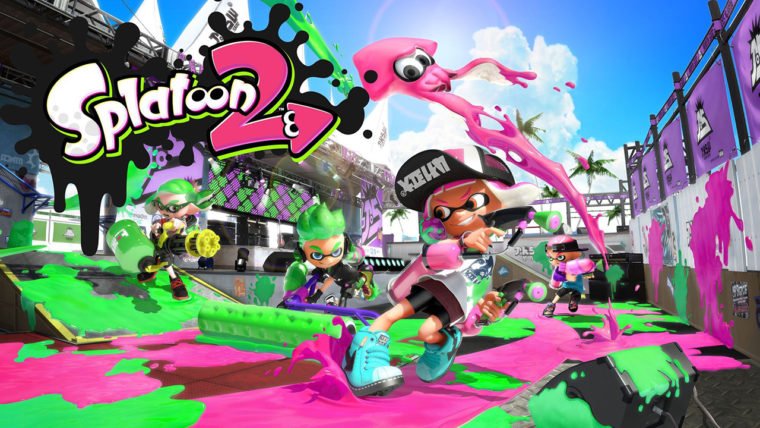 Splatoon 2 was officially announced back during the grand reveal of the Nintendo Switch back in January as a sequel to one of Nintendo’s biggest new IPs in years. With a release date scheduled for sometime this summer, Nintendo held their first Global Testfire for the game this past weekend and with that came some interesting statistics involving the amount of data used.

The best feature of the Nintendo Switch is that you can take the system out of the dock and play it anywhere, complete with Wi-Fi connections to play on the go. However, there aren’t Wi-Fi connections everywhere, which means you may need to create your own connection, which has led to some interesting results.

Depending on your phone plan, most phones allow you the ability to create a mobile hotspot in which you can then connect just like any other Wi-Fi network. Considering the portable nature of the Switch and the ability to make your own hotspot, VentureBeat tested this very thing and it ends up not that much data is used.

During the Global Testfire for Splatoon 2, VentureBeat fired up the game and played a full hour straight of online matches while tethered to their mobile phone. Then looking at the details after playing for that hour while connected to the phone, they reported that they only used 153 MB of data during that time. And they said this connection was incredibly strong and didn’t notice any lag or anything else in the game.

This is really great to hear for those that have affordable tethering plans to where they could do this and really experience Splatoon 2 anywhere they have cell service. I’m curious to see how this turns out with other games like Mario Kart 8 Deluxe and other upcoming games as well, so that we can see if they are comparable.