Another Rayman Legends Demo to arrive for Wii U fans 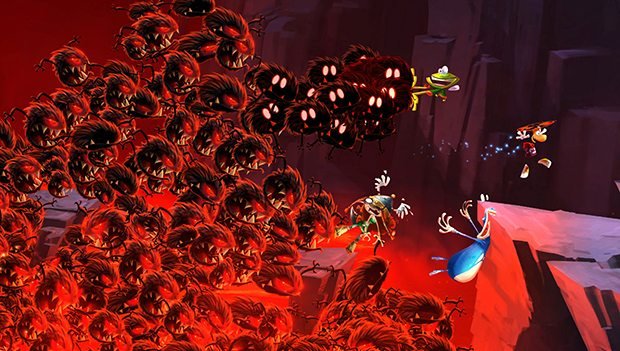 Ubisoft has caught some flak recently concerning the delay of Rayman Legends, and deservedly so. The publisher delayed the game that was due to release later this month, and not only pushed it back seven months, but announced that it would no longer be exclusive to the Wii U. The game had been branded as a title that would take full advantage of the Wii U GamePad, and is still set to do so once the publisher takes the game off ice. Meanwhile, fans waiting to get their hands on new software for the Wii U are up in arms about the delay.

The publisher has heard the concerns, and to make up for the lengthy delay, they’re going to release a second Wii U exclusive demo for the game. On the publisher’s Facebook Page, they issued a statement to fans.

“Thanks for all your feedback regarding Rayman Legends in all of its forms. We have heard you and we will continue to listen. We understand your frustration and that you want to get your hands on the game. We are working with the development team to provide you with a new, exclusive demo for the Wii U soon. Stay tuned for more.”

Wii U fans have a pretty solid argument in the saga of Rayman Legends. Ubisoft has confirmed that the game is complete, and the only reason they are holding it back is because they want to release it simultaneously with the Xbox 360 and PlayStation 3 versions. They’ve said that there have been no issues with the game’s development. It’s an order that has seemingly come down from the executives at Ubisoft, according to one pissed off developer.

And it’s not just Wii U fans who are upset with Ubisoft for delaying the game. A developer who left the company at the end of January blasted the publisher, blaming Ubisofts executives for the poor decision. The developer claims that Ubisoft had the development team working overtime to get Rayman Legends ready for its February launch, and to delay it for no reason was “hell to swallow”.