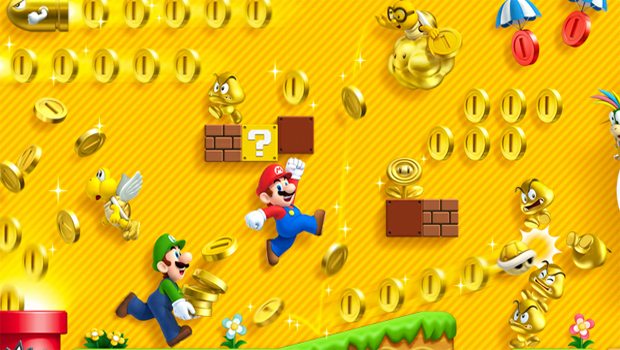 Nintendo announced today that the upcoming New Super Mario Bros. 2 will have special paid DLC stages.  These stages will arrive post-launch, and will dig into the game’s “Coin Rush” mode.  No pricing details for the additional content was offered during the Nintendo Direct broadcast, and Iwata said that the paid DLC will be developed after the work on the main game has been completed.

This will be a new venture for Nintendo, it’ll be interesting to see how fans react to paid-DLC.  New Super Mario Bros. 2 on the 3DS will also be the first Nintendo title to be launched simultaneously on digital and retail marketplaces.

In the New Super Mario Bros. 2 game, the Mushroom Kingdom is bursting at the seams with an endless flow of gold coins for you to collect. Fly to dizzying heights with the return of Raccoon Mario, and grab the new Gold Flower that lets you turn almost anything in your path into coins. Explore levels filled with gold pipes leading to coin-filled caverns, gold enemies leaving behind trails of coins, and new items that will push your coin count into the stratosphere.

New Super Mario Bros. 2 will arrive on August 19th on the Nintendo 3DS.