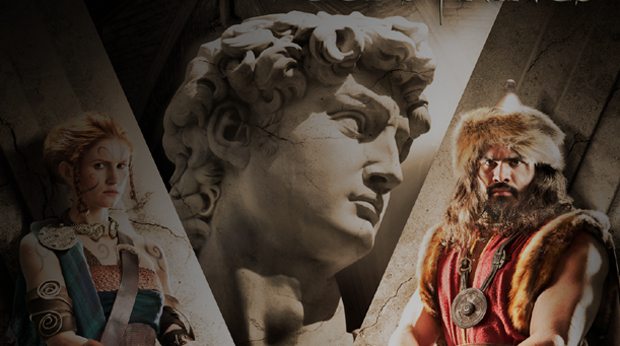 Firaxis’ release of Civilization V back in 2010 was met with critical praise, after the franchise underwent a major overhaul.  The first official expansion pack for the turn-based strategy game, which introduces multiple new abilities and features, hasn’t gotten quite the same reception.

While the expansion pack isn’t set to arrive for another day, early reviews have begun to hit the web, and some have been less than flattering for the pricey expansion content.  Here’s a selection of the early reviews for Civilization V: Gods and Kings.

GamrReview – 85/100 – The trouble, as I mentioned earlier, is the price tag. Many entire games can be bought for the price of $30. That said, few games will get you anywhere near as much playability as Civilization V, and now that the game is close to two years old, you may already be bored of it. You’ll certainly get several enjoyable matches out of this expansion. If you enjoyed Civilization V, and you can stomach the price tag of Gods and Kings, then I wholeheartedly recommend the expansion. It hasn’t gone back to the days of Civilization III, though religion and espionage are throwbacks to earlier games, but other games in the genre exist to replicate that experience. The Civilization series has changed, and Gods and Kings is a great step in the same direction – the direction of playability and enjoyment.

Strategy Informer – 80/100 – The real question is though – is this expansion worth your money? We’d say yes. A lot of these improvements were needed to make long protracted games more interesting, and there’s less of a sense of leaping through the eras (especially the pre and early industrial eras) without really getting a taste of them. Some areas still need more fleshing out, and there’s some things that haven’t been touched on at all here that could do with some work, but Civilization V is certainly better with Gods & Kings, and there is plenty of new content here to justify the cost. We hope they don’t wait so long before releasing another meaningful update, but so far, so good.

Games Radar – 80/100 – The rippling effects of the Espionage system, Religion’s modifications to the early and mid-game, and the abundance of changes and other bits of new content more than justify the price of the expansion. While it might feel a little lackluster in the short term, the amount of variation it will add to the hundreds of more hours we plan on putting into Civilization V will undoubtedly prove worthwhile.

Game Revolution 70/100 – Civilization V: Gods & Kings improves the original experience with new content and balance, but the package lacks any major features that make it feel like an expansion rather than content DLC. New civilizations and units give the game some new flavor while religion adds a layer of strategy to make “dead turns” less common, but that’s just the thing. You’re still going to see most of the same problems that kept Civilization V from being the exemplary title that the series has been waiting for.

Beefjack – 70/100 – With this fact in mind Gods & Kings redeems itself from being a wholly lacking expansion compared to it’s predecessors and instead merely shifts the focus. The inclusion of the new civilizations is welcomed, as is the improved religious system. The added scenarios and mod support almost make up for the disappointing feature elsewhere. It seems a real shame that the once excellent espionage mechanics are now something that fans will barely recognise and fail to add much to the game itself. If it had lived up to the previous versions then Gods and Kings would be a great expansion. As it stands, however, Gods and Kings is difficult to wholeheartedly recommend with the rather steep £19.99 price tag.

Eurogamer – 70/100 – For Civ 5 owners, the most important strategic decision in Gods & Kings is whether to buy it or not. At £20, it’s not unreasonably priced, especially since it does succeed at making the game feel fresh again, meaning you’re going to get hooked again, meaning that for £20 you’re getting dozens and dozens of hours of play. On the other hand, once you know the reworked espionage, diplomacy and AI all disappoint, Gods & Kings’ feature list starts to look a lot thinner. In a series that’s always had a certain pride to it, what you’re paying for here, really, is a renewed addiction and precious little else. That’s a bit of a shame for Civilization and civilisation alike.