The Flash Game: Let’s Get Flashy 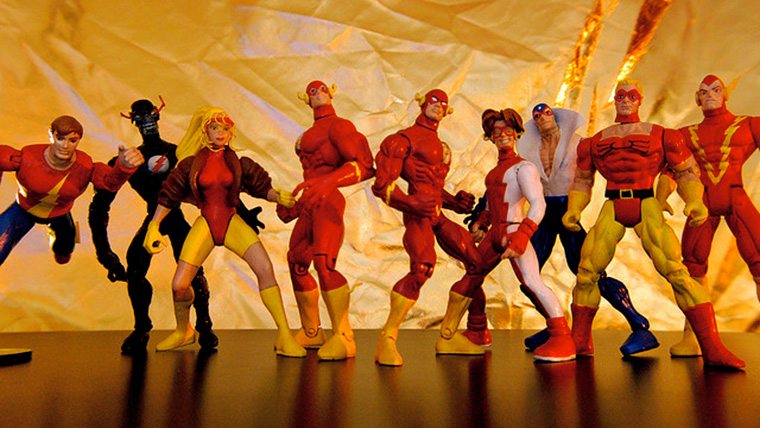 In all the serious talk about video games and the future, where is the flash game? (Warning, picture might be incredibly on-the-nose and links to source)

With all the discussion video games generate—about budgets and artists, about company collapses and developer abandonment, about corporate practices and possible crashes, about discrimination and the horrors of some online communities—where’s the discussion of flash games?

Even I didn’t realize the serious gap in the conversation until just a day ago, when I sat down at the computer with the explicit purpose of playing a flash game. I was in the midst of a particularly fun little pirate RPG called Buccaneer (which you should totally play), when I thought “Why don’t people talk about flash games?” And I honestly didn’t have an answer.

Indie developers get a good amount of attention, as they should, but it strikes me that those developers only get attention if they market their product through a major distributor. If you’re an indie and you don’t go through Xbox Live, PSN, or Steam the press and even game commentators seem content to push you to the margins and forget you exist. With rare exception, if it’s on Newgrounds or OneMoreLevel, your game doesn’t get to be part of the discussion of the future, even if millions do play you.

Why? Why ignore this huge component of the market? Is it because they’re low budget or low tech? Well, that argument fails almost instantly because indie developers who don’t have the resources to make even 1/20th of a The Last of Us get at least some attention. Plus, being low tech has never precluded one from success. Mega Man 9, Fez, Super Meat Boy, Papers, Please, the resurgence of retro-gaming, the list of proof goes on.

Is it because they are somehow of lesser quality than more publicized games? That doesn’t seem right either. Budget and attention, as we learn time and again (and again, in some cases with EA), are not indicators of quality. I’ve played flash games with twenty times the imagination and quality of Triple-A products and even some indie games. Flash games like Amorphous+, Burrito Bison, Chronotron, and The Dark Cut series show just how innovative and exciting flash games can be (and that was just glancing at A through D on OneMoreLevel). Some can even resonate with their audience on an emotional level. The lyrically honest narration and insightful mechanics of Fractured 2 grabbed me in a way that David Cage can only dream of with his pseudo-Hollywood ambitions. Every Day the Same Dream combined the surreality of dreams with the droning repetition of office work to create unnerving yet bizarrely hopeful experience.

An argument could be made that the flash game is dying out. Mobile gaming has taken over the market that flash games once controlled. Adobe isn’t updating Flash again, Apple’s iOS is fresh and constantly innovating, and the mobile games are the new evolution of flash games. I understand that argument, to an extent. The problem I have is that mobile gaming, by its very nature, has mechanical conceits that work well with some genres but not others. Some styles which flash games catered to just won’t work with the limitations of mobile controls. The truth of the matter is some people are still going to want flash games and will make them. Further, even if we were to suppose that the flash market will completely die out, that doesn’t diminish their significance. We as a community have a problem with preservation, a problem we are only just beginning to try to correct. The power of flash games does not diminish even if their time has passed.

But I think I’m dodging the issue. I do that sometimes, it drives my girlfriend insane. The real issue is that we take flash games for granted. Big name games with top-of-the-line graphics, the publicity of a Marvel Studios’ film, and the backdoor corporate shenanigans of a moronic Enron tend to eat up our all of our attention. The marketing departments tell us what to be excited about, what will and will not dominate the conversation, and then we go along with it. That’s how the dynamic has played out for years–Corporations make the games, they tell which games to buy, and we buy them. The power dynamic shifted a little with digital distributors like Steam, but the basic power structure has remained the same. But flash games remind us of a simple truth: anyone with a basic understanding of programming and a little extra cash can make their vision a reality for people to enjoy. Just like any artistic community, gamers are not just consumers but also creators. Just like literary journals and film festivals exist to exhibit the works of lesser-known auteurs, flash games are an integral platform in determining the course of the medium’s culture. It needs its due respect. We should demand that those games be seen and considered in the grand discussion of the future, because if we don’t we are basically censoring our own creative voices. And that would mean that the conversation about the future of gaming is a one-sided one, dominated by corporations. One-sided conversations tend not to be beneficial.

When you boot up that sparkling little launch title while waiting for the latest news about the next grey-brown shooter, ask yourself what it means that the former has no vote in the future, and the latter has all the votes.

Every Day the Same Dream