SteamBox & SteamOS, No Threat to Consoles 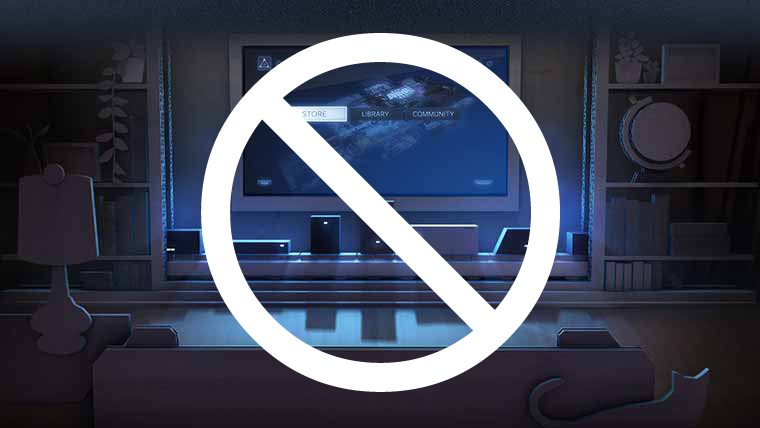 With the announcement of Valve’s “SteamBox” and SteamOS this week many writers and commenters have been calling it a serious threat to Sony & Microsoft’s dominance in the living room. While Valve will surely make some inroads in this area, PC gaming still has many important differences to console gaming which make it unsuitable for many gamers and frustrating for others.

In the case of myself I’m a refugee from PC gaming, I grew up with a C64 and was with the x86 platform for every step of the way and today have a monster computer that I predominantly use for work and media rather than gaming. Why? I just don’t have the patience to fool around to get things running any more.

I love open systems, open platforms and I wish them all the luck in the world. But in the year 2013 I want the box I play serious multiplayer games on locked down to the extreme.

Hardware upgrades? No thanks, why not have everybody running at the same FPS and using the same input devices, that way you have a fair and level playing field.

Keep it locked up so I don’t end up playing against some punk who has an aimbot which hacks the graphics layer to the extent that he can highlight everybody’s face and auto-track headshots. I’m not down with that. It ruins everybody’s day.

Some of the problems most prominent with PC gaming are largely unsolvable due to the nature of its architecture.

The numerous graphics cards, programming standards and processor configurations means that there is no viable target to hit. Subsequently PC games often have more hardware specific bugs, it is simply unfeasible to test a new game on the innumerable configurations which are available. Look up any modern PC game and there is a vocal minority screaming for a patch to fix some common issue.

The SteamOS and SteamBoxes are no different in this respect, the ability for any manufacturer to slap together some cheap cards, install a freely available OS named SteamOS and sell it as a SteamBox means that the targets will still be numerous and unwieldy to test for. Look at the comments on any Android app and see how many different phones apps simply don’t work on. Moving targets are bad for stability.

Will EA be able to say “Mass Effect 4 supported on SteamBox”? Maybe on a few which received the Valve “rubber stamp” treatment, but a blanket statement like that is impossible, because the hardware targets will remain too different and numerous.

As the PlayStation 4 and Xbox One remain static targets which can be directly developed for the console will retain its usefulness as a box which is largely future proof for the length of it’s life cycle. The SteamBox will never be able to tout that ability with multiple manufacturers putting out boxes with whatever hardware they please inside.

Video Encoding Is Not Free

Streaming from a home PC is serious work when running a modern PC game.

The reason why the PlayStation 4 is able to do it’s streaming magic with the Vita is due to specialized hardware made to encode, compress and decode video on the fly with seemingly no effects on performance and latency.

Joe Standard at home with his middling HP desktop PC will quickly find that if he attempts to stream games which require “heavy-lifting” from his processor and graphics card to his streaming based SteamBox, that performance and image quality simply is not as good as it would be playing it at his actual PC.

At the end of the day what many gamers want is for everything to work, without fiddling and troubleshooting and wondering “well maybe if I upgrade performance will be better?”

One thing that sells hardware is exclusives. Want The Last of Us? Get a PlayStation. Want Gears of War 3? Get an Xbox 360. Want 64 player Battlefield 3? Get a PC. There is currently nothing comparable to these blockbuster games on Linux which could ever make someone want to get a dedicated hardware SteamBox over a real gaming machine with real exclusives.

As it stands right now, the number of games on Linux, the platform upon which SteamOS is built is tiny. Numbering around 300 on the Steam store with many being small indie games looking to maximize their reach rather than big budget blockbusters. Even software development rockstar and long time Linux supporter John Carmack believes porting to Linux is simply not worth the effort.

It is common knowledge that new platforms need a “killer app,” and SteamBoxes are lacking in that area. Maybe Valve’s maneuvering into the Linux realm can change that, but I’m expecting it wont affect much at all.