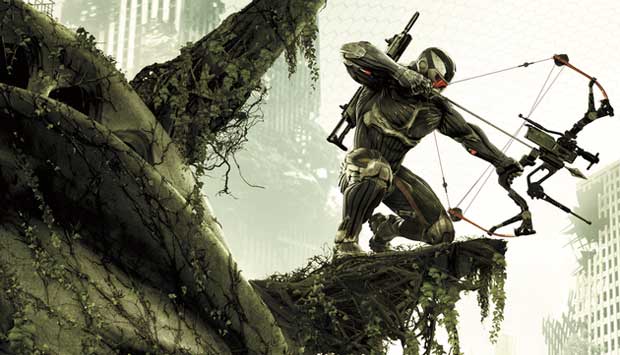 We’re due our first look at Crysis 3 gameplay here shortly, and Crytek thinks that the game will push current generation consoles to their absolute limits.  The developer has a long history of making exceptional looking titles.  The original Crysis set a high bar for PC gaming only five years ago.  Crysis 2 was no slouch when it came to graphics either, and now Crytek is looking to please the graphics hounds, with the best looking graphics of this generation.

Crytek’s CEO recently stated that “Crysis 3 will push the Xbox 360 and PS3 to its limits”, via Twitter.

If this sounds familiar, its because it is.  Yerli also said this about Crysis 2, and its Xbox 360 and PS3 versions of the game.  Crytek still has quite a bit of time left to squeeze every remaining drop of horsepower out of the consoles however.  Crysis 3 isn’t due until 2013.

Yerli also recently explained that Crysis 3 will be the spiritual successor to the original game, heading back to the gameplay roots of their first offering.  The first gameplay of Crysis 3 is said to arrive on April 24th, later today.