Need For Speed Most Wanted will feature “Speed Points” 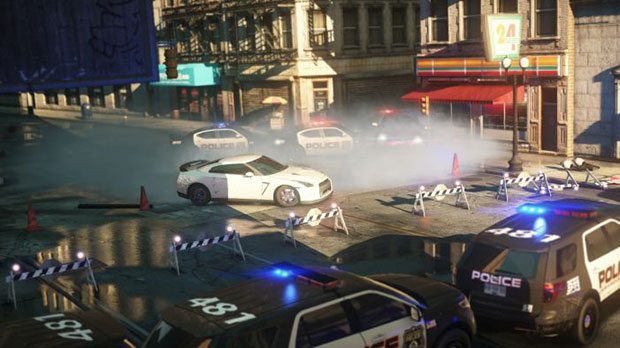 Everything that players do in Need For Speed Most Wanted will earn Speed Points, according to Criterion Games.  You’ll use them to compete to be the Most Wanted driver in the upcoming racing game.  An XP system if you will, that allows players to likely unlock cars and other bonuses that stack into the progression system for the title.

If you’re serious about driving competition, today EA is urging you to pre-order Need For Speed Most Wanted.  “Fans with the Limited Edition or Pre-order packs will have additional cars to choose from on day one – cars that fit how they like to compete in multiplayer, whether it’s going for the highest top speed, farthest jump, or fastest race time.”

Strike Pack – The Mercedes-Benz SL 65 AMG Black Series in the exclusive Satin Black livery, featuring the Power Pack Powertrain Modification for an engine tuned for torque, acceleration and the ability to reach breakneck speeds, and the Re-inflating Tyres Modification making it easier to survive and counter rivals’ attempts to slow players down

“Designed for a new, more connected generation of racing fans, Need for Speed Most Wanted offers players an expansive open world packed with exhilarating action where they can choose their own path to become the Most Wanted. Players will have the freedom to drive anywhere, discover hidden locations, takedown rivals, challenge friends or just hang out and toy with the cops. In addition, players will be able to enjoy a new standard of social competition thanks to Criterion’s ground-breaking, friend-connecting technology, Autolog 2, which keeps intense competition at the heart of the experience by tracking Speed Points and game accomplishments across players’ social networks and making gameplay recommendations to further fuel the competition.- EA”

Need For Speed Most Wanted Gameplay