The latest news in the world of video games at Attack of the Fanboy
January 5th, 2014 by William Schwartz To say that the start of this generation has been anything better than underwhelming would be a massive overstatement. The console launches of the last two months have been stained by constant disappointment, from game breaking bugs to the obvious drought of content affecting both new consoles.

If you are in the same boat as me then, and looking for a something to fill the void when the same Battlefield 4 maps get stale, you might want to give Warframe a try.

I’ve never been able to stomach free-to-play games for any length of time – and I find it hard to write about them without being overtly negative. Seeing $180 microtransactions advertised on the home screen every time I start Warframe gives me pretty powerful nausea – but there is something about it which makes me put away my free-to-play prejudices and just enjoy a well crafted grind. 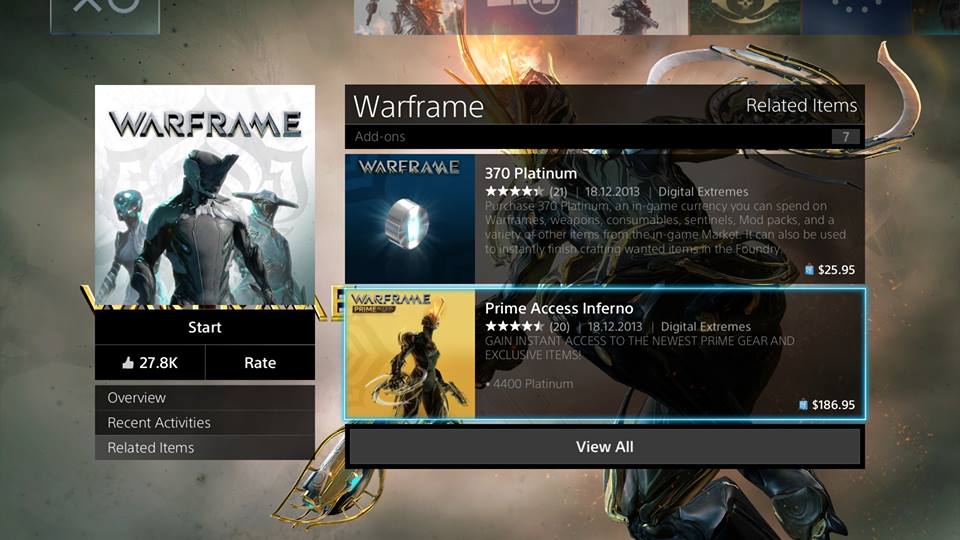 At it’s core Warframe is a third person action shooter with tight acrobatic controls and a focus on fighting co-cooperatively against waves of enemies, which of course features an f2p-style microstransaction marketplace. You play as the Tenno, a race of futuristic soldiers – who wake up from a deep sleep to find they have a whole lot of killing to do because their nap time went on just a bit too long.

First you pick your “warframe” which is Digital Extremes’ nomenclature for “ninja robot” from a few starting options. Then it’s straight out to the battlefield slicing through waves of enemies and completing simple objectives which punctuate the endless waves of enemies.

Thankfully, most of Warframe’s good kit can be obtained by grinding the right areas and spending the game’s credits on blueprints. After around 13 hours in game I had clocked up over 150,000 in game dollars which is more than enough to start crafting some really powerful weaponry to replace my lower-tier gear.

While the grind can seem long you are given a lot of distractions to fill the intervening time and the rewards for playing missions are thankfully explained from the outset in the game’s menus. Completed missions, particularly hard ones, are frequently awarded with blueprints for new weaponry or warframes, mod cards which can give your kit special effects, and credits with which to buy and fuse what else you might need. 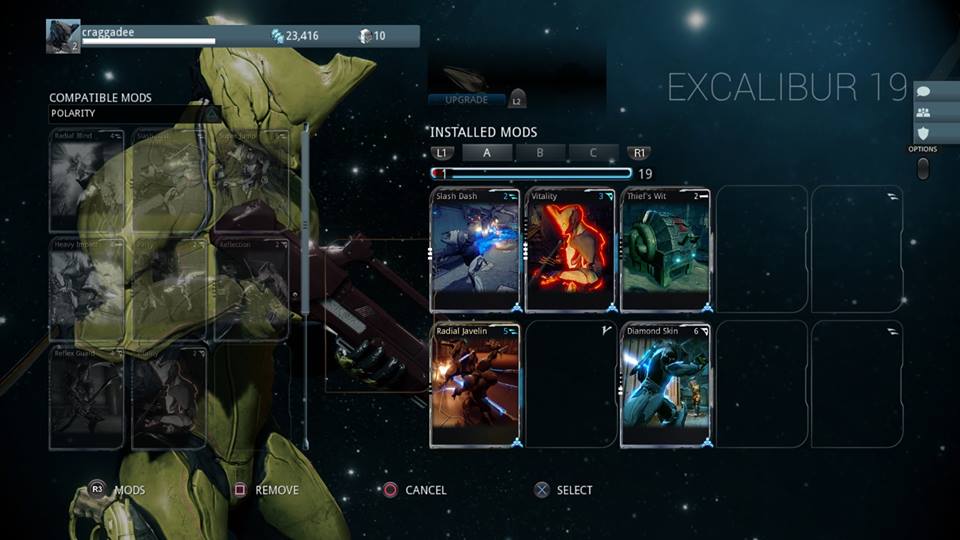 The worst aspect of Warframe is that it is daunting like many of it’s free-to-play brethren. The massive charges for premium currency being advertised brazenly also make it hard for new players to see that the game can be played rather successfully without paying a single dollar.

I urge anyone whose PS4 is feeling a bit neglected to give Warframe a second chance, as it might just surprise you.

Home / Original Articles / Warframe On PS4 Might Surprise You