Best Great Rune in Elden Ring: Ranking All 6 Runes From Worst to Best

These limited items can surely turn the tide in any battle in the Lands Between. 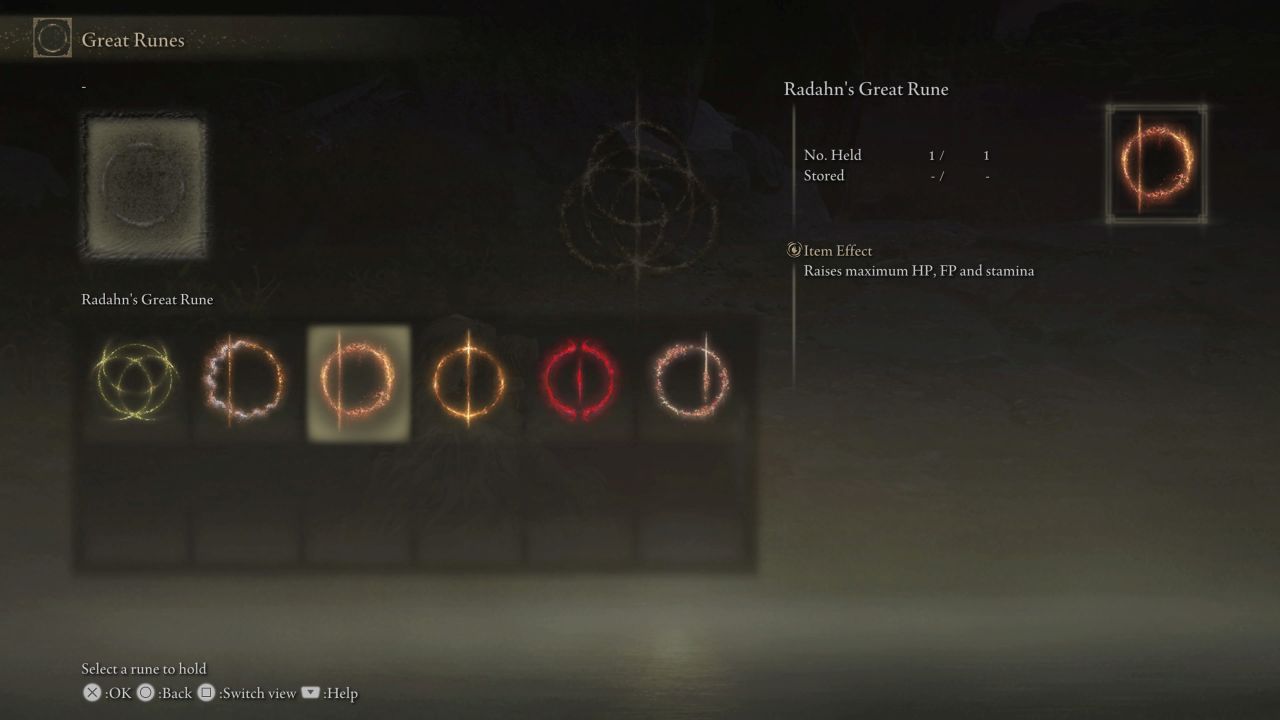 Great Runes are an additional consumable that players can use to give themselves a rather significant buff in Elden Ring. The only downsides to them are that you’ll need to use Rune Arcs to activate one every time. They are also lost on death, so reckless players may benefit the least from them. Here, we’ll go over which is the best overall Great Rune from best to worst in Elden Ring.

Best Great Rune to Use in Elden Ring Ranked It’s unfortunate that the Lord of Blood is perhaps one of the hardest bosses in the game and his blessing is nothing to write home about. Mohg’s Great Rune, according to the game’s description, “grants a blessing of blood to phantoms.” In short, this is a PvP item. It’s not yet known if this affects Spirit Ashes, but it works on summoned players when playing online.

The aforementioned “blessing of blood” heals players when their summons kills an enemy. It’s basically a lifesteal Rune that works when the summons do the work. It’s too niche to really recommend for single-player use.

Mohg’s Great Rune is rewarded to you after you defeat Mohg, Lord of Blood at the Mohgwyn Dynasty Mausoleum, not to be confused with Mohg the Omen in the lower sections of Leyndell. It is to be activated at the Divine Tower of East Altus. Malenia is another extremely brutal boss to fight in Elden Ring. Unfortunately, her Great Rune isn’t all that useful either. It grants lifesteal for a short time after taking damage. Lifesteal is extremely strong, but the effect is not permanent. You only have about five seconds before that “short time” runs out. Most of the time, unless you’re playing a tank build, five seconds only gives you enough time to hit an enemy once.

Within five seconds of taking damage, a smart player waits until there’s a safe opening to attack. Being reckless after getting attacked may not be enough to restore enough HP to take the next hit. The life restored cannot exceed that of which you lost, making this not a great choice either. Unless you’re using other equipment to give you passive health regen, this Great Rune can be skipped.

You can obtain Malenia’s Great Rune by defeating her at Miquella’s Haligtree. The Rune itself can be activated at the Isolated Divine Tower. This is where the Great Runes start to be useful. Rykard’s Great Rune is a better variant of Malenia’s Great Rune because you restore 185 health per enemy killed. This works extremely well when clearing mobs. It may not be the best when it comes to bosses, but sometimes when farming enemies for drops, XP, or getting through tough dungeons, this can be a lifesaver.

Pair this with his signature Blasphemous Blade and a Taker’s Cameo to maximize HP gains. You can basically charge through hordes of enemies without burning through your Crimson Flasks. Of course, you still shouldn’t play recklessly or else you have to pop another Rune Arc to get the effect.

To get Rykard’s Great Rune, you must defeat him at the end of the Volcano Manor questline. You then need to activate the Rune at the Divine Tower of West Altus. 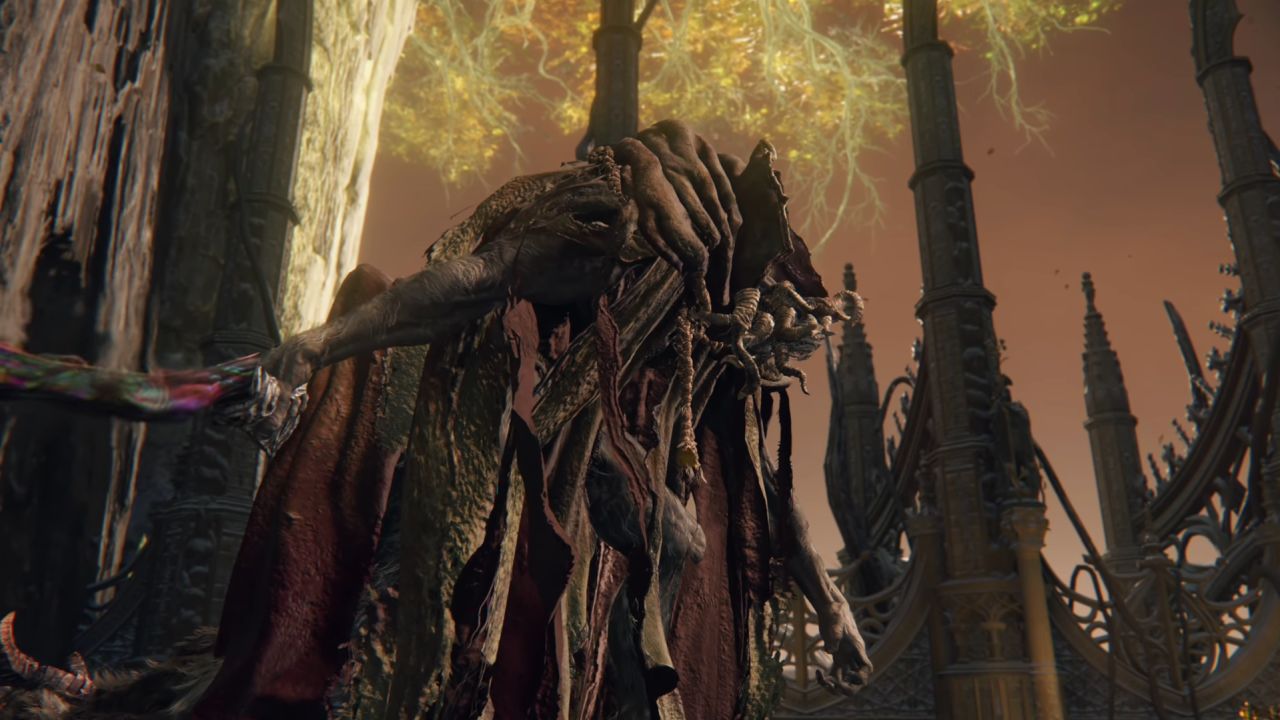 Morgott’s Great Rune serves a better purpose in being an all-rounder choice if you use Rune Arcs. This Rune “greatly raises maximum HP” If your Vigor stat is high, this can possibly prevent getting one-shotted by the next boss you fight.

Morgott’s Great Rune is obtained after defeating him in Leyndell. You’ll have to activate it at the Divine Tower of East Altus. Starscourge Radahn’s Great Rune is just like Morgott’s, but it sacrifices some health gained and allocates that to FP and Stamina. If you’re an all-rounder and need a boost in every other bar you have, this is a strong pick to use your Rune Arcs on.

To obtain this, you’ll have to defeat Radahn, a boss who is considered to be the toughest in the game. Bring his Rune over to the Divine Tower of Caelid to activate it. Godrick’s Great Rune provides the best benefit to the Tarnished when in use. It’s extremely strong and useful for basically any build. This Great Rune adds 5 levels to EACH stat of your player level. This includes things like Vigor, Mind, Faith, Dexterity, and so forth. It’s basically a +40 to your character’s level for free!

You’ll need to defeat Godrick the Grafted and bring his Great Rune to the Divine Tower of Limgrave to activate it.

Each Great Rune serves its purpose, but there are some that are clearly better than others in Elden Ring. It’s just unfortunate that the harder ones aren’t nearly as good as the ones you get in the early game.

Attack of the Fanboy / ORIGINAL ARTICLES / Best Great Rune in Elden Ring: Ranking All 6 Runes From Worst to Best