The Lord of Blood can be felled with two simple strategies. Mohg, the Lord of Blood is a real pain in the neck in Elden Ring. He’s an endgame boss who can be fought early if you follow White-Faced Varre’s questline. Once you get to him, prepare for one bloody battle. This boss is almost on par in terms of difficulty next to someone like Starscourge Radahn. Here, we’ll go over a few cheese strategies to beat Mohg in Elden Ring.

How to Cheese Mohg, Lord of Blood in Elden Ring

There are two solid methods of taking this boss down effortlessly. The first method is to use your Mimic Tear Ashes to copy your build. The trick here is to use weapons that have Blood Loss buildup, Scarlet Rot, or Frost. Blood Loss in general, while he is somewhat resistant to it, is still effective in taking down his health. If your Mimic Summon has that as well, you can build this up multiple times. The only thing you’ll have to worry about is when Mohg coats the ground with blood or fire. Damage over time can easily creep up on you and lead you or your Spirit Ash to death. Only attack him as he starts to swing his trident. These are standard melee attacks that can either be blocked or dodged into.

When you and your Summon bring him to about 50% health, he’ll perform his strong blood ritual. “Nihil! Nihil! Nihil!” this transition into the second phase can be extremely deadly if you don’t have the Purifying Crystal Tear mix for your Wondrous Physick. If you don’t have this, you better heal in between blood waves, or it’s a loss.

To get the Purifying Crystal Tear, you’ll have to defeat Eleonora, Violet Bloody Finger at the Second Church of Marika. She can be fought if you follow Yura’s questline in the game.

While you have the Purifying Crystal Tear’s effect on, it negates the effects of the wave. During this part, you and your Spirit Ash should capitalize hacking and slashing away at Mohg as he’s locked into this animation. It’s crucial to take down as much health from Mohg here because he heals a good amount of his health.

In the next part after the wave, he sprouts wings and becomes increasingly difficult to hit. Make use of your Mimic Tear so they can provide aggro for you. You can mostly follow the strategy from the first part of the fight since he mostly has the same blood and fire moves. Just make sure to block or dodge his swooping flying attacks. Those hurt just as much as his Nihil blood wave. 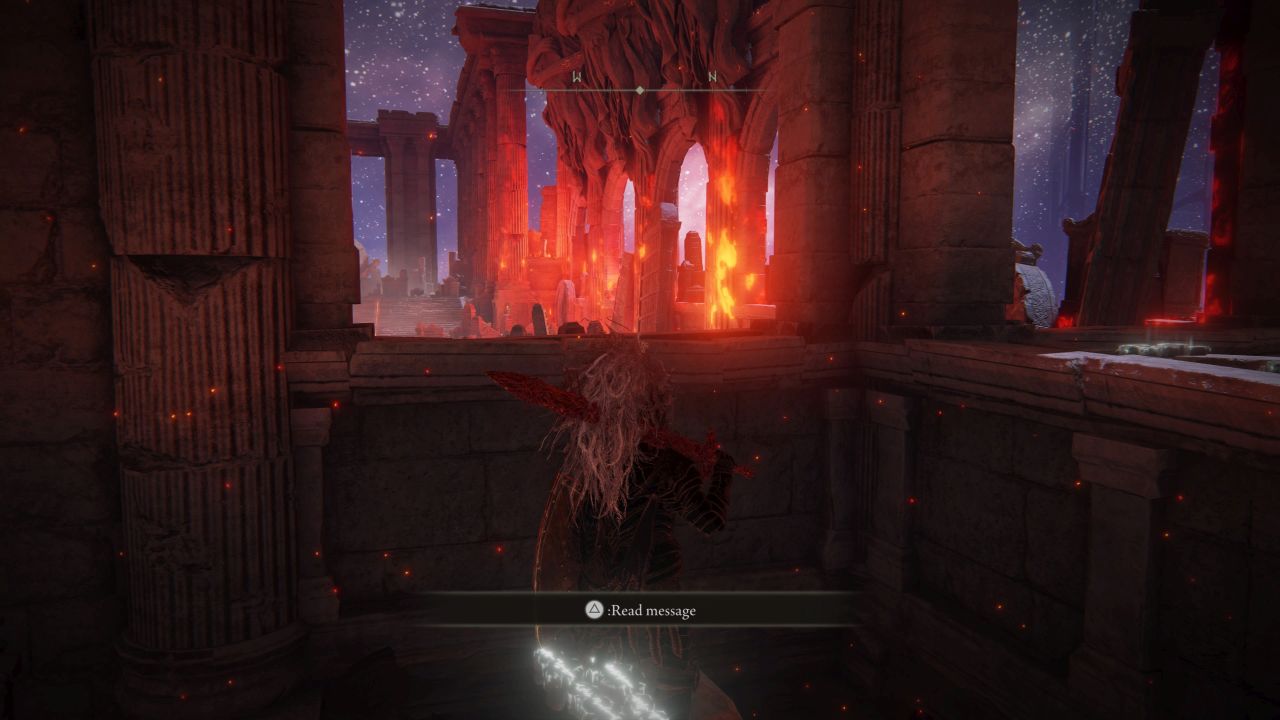 The next “cheese” method in taking down Mohg is by exploiting some explorable boundaries in the game. You can enter the boss fight arena without going through the yellow mist. With this method, you essentially enter his room where he’ll be standing still. You can actually attack him without him ever retaliating. You can literally put your controller down in front of him and he still won’t attack.

The only difficult part in using this exploit is timing the jumping from the tombstones outside of the arena. You essentially have to buffer a jump after using an item like the Spectral Steed Whistle or a lantern. To make it easier, lessen your equipment load to light so you can cover more space per jump.

When it comes to defeating extremely tough bosses, this can be seen as dishonorable. To each their own, but if you have died and fought this boss for countless hours, why not save any more possible time lost and take just one boss down with a soon-to-be patched exploit?

Attack of the Fanboy / GAME GUIDES / Elden Ring Mohg Cheese: How to Beat Mohg, Lord of Blood in Elden Ring