The Goddess of Rot is not immune to cheese. Miquella is a recurring character who you don’t quite see until fighting one of the toughest bosses in the game— Mohg. This Empyrean is rather important to the lore given that his power is matched to that of the other Demigods in the world of Elden Ring. Matching that power, you can fight his twin sister, Miquella, who serves as his blade, a protector. She is perhaps one of the toughest bosses in the game, and can easily destroy you in seconds. To reduce frustrations in this battle here is a straightforward cheese strategy when fighting Malenia in Elden Ring.

How to Cheese Malenia in Elden Ring

Malenia has one plain weakness, and that’s the fact that she can stagger when getting hit. The purpose of this cheese is to stagger her as much as possible so you can interrupt her devastating, life-stealing attacks.

What you’ll need for this setup is a heavy weapon that is capable of staggering enemies, like a greatsword, ax, and even certain whips. Next, you’ll ideally want something that can cause Blood Loss. Malenia is susceptible to bleed damage, lowering her HP a lot quicker. I personally went with the Flamberge. It’s a Greatsword that has innate Blood Loss Buildup. If you pair the weapon with a Cold/ Frost buildup Ash of War affinity, it’ll lose minimal points to Blood Loss, but heavily be given points into Frost Build Up. The build strategy here is to inflict bleed and frost. Taking out chunks of Malenia’s health while making her susceptible to more damage from Frost will make her a lot squishier than she already is.

Malenia doesn’t have the most HP, but she’s very quick and has a lot of one-shot-kill potential. She’s essentially a glass cannon who you have to play perfectly against because there is no downtime in this fight.

Because of that, you’ll also need to use Ashen Remains to help you in this cheese strategy. You must use the Mimic Tear Ashes and have it copy your Flamberge on hand. The Mimic Tear will also get the frost and bleed procs from the weapon, along with staggering potential against Malenia. This is where the cheese begins.

When the fight starts, summon your Mimic Ashes. Make sure that your Mimic draws some aggro. While Malenia starts attacking or changing stances while locked on them, start swinging your sword from behind. She’ll stagger, and then your Mimic will start attacking her. You’ll basically be stun-locking her, stacking Blood Loss and Frost. If done correctly, she should be taken down with ease. 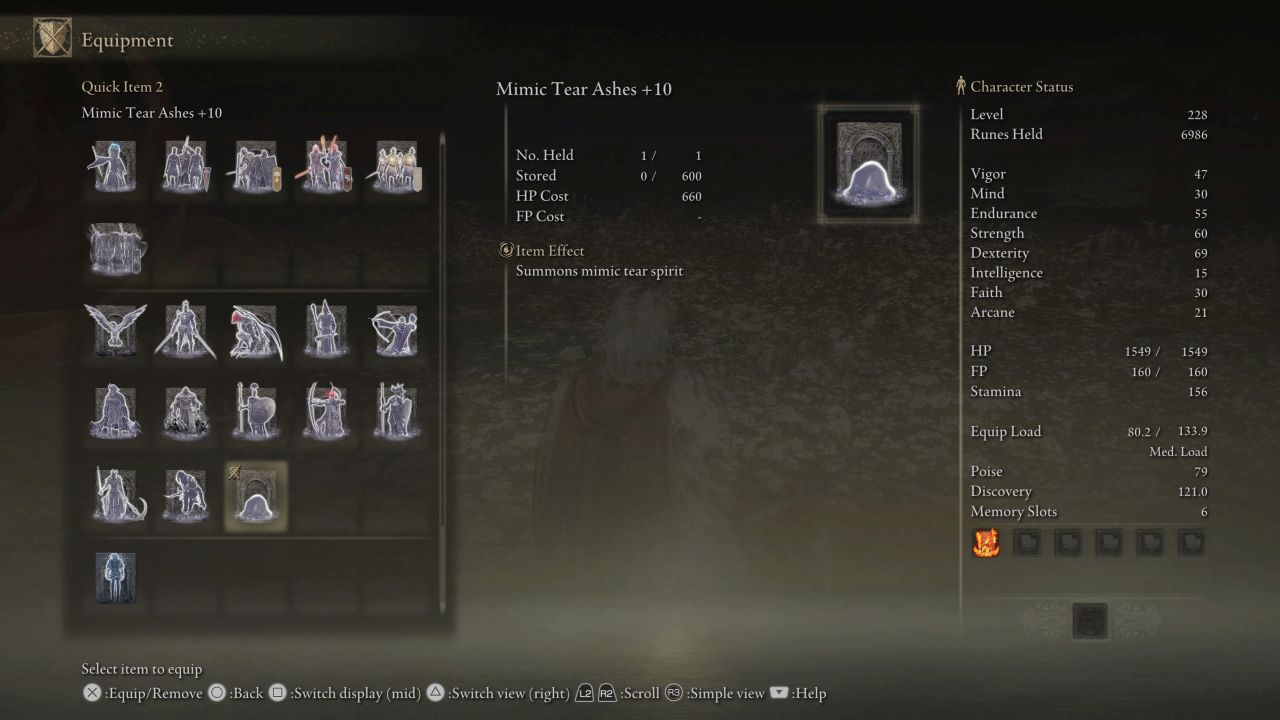 But don’t rest yet, she has a second phase.

She’ll then turn into the Goddess of Rot. The cheese is not as effective here, but the damage output will mostly be the same. You have to play more defensively because, in this phase, she can fly and create massive AoE clouds of Rot.

Malenia will not stagger as much as she did in her normal form. Just hit a few attacks; let the teardrop take most of the aggro. If the AoE from the Rot is too much, try equipping a Mottled Necklace. It’ll help reduce the accumulation of Scarlet Rot so you won’t take DoT.

Luckily, this boss is still susceptible to Frost and Blood Loss. If your Mimic Tear falls in battle, you will have to rely on Malenia’s telegraphed attacks which include divebombs and her Scarlet Bloom move.