Come together by folding paper 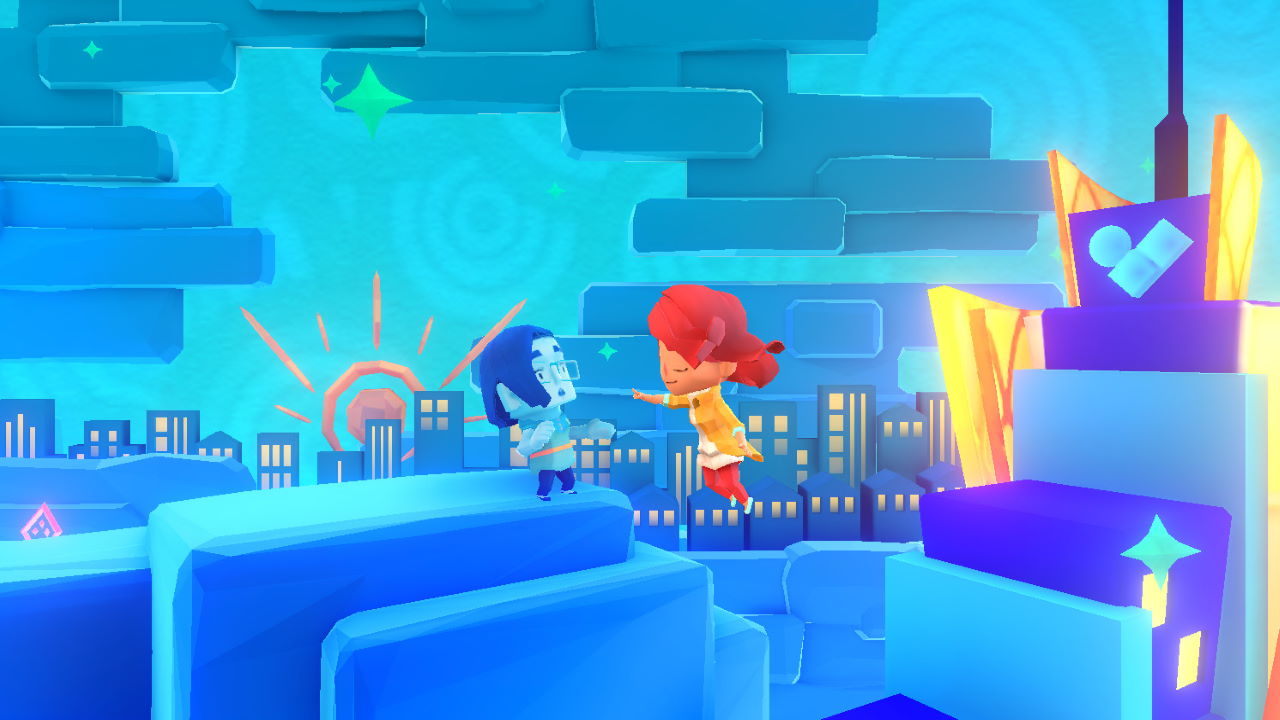 Video games have always struggled to be viewed as art by the wider audience outside of hardcore gamers. Despite delivering some of the most emotionally impactful moments of the last few decades, gaming has always been viewed as a lesser form. Of course, with the ever growing indie scene this argument is harder and harder to support. And now with A Fold Apart we all have another fantastic example of how the medium of video games can be used to deliver an artistic expression. Merging its gameplay and story in delightful ways, this 2D puzzler will have you both choked up and elated as it makes you feel the true pain and joy relationships can bring.

A Fold Apart tells the story of two people who have been separated due to circumstances somewhat outside of their control. You control each of the two, with one having taken a job across the country while the other remains back home with family and friends. Texting back and forth, each message holds the potential for miscommunication that could damage the already fragile relationship. When a message comes through that hits at either characters’ anxiety about the situation you dive into a series of puzzles. 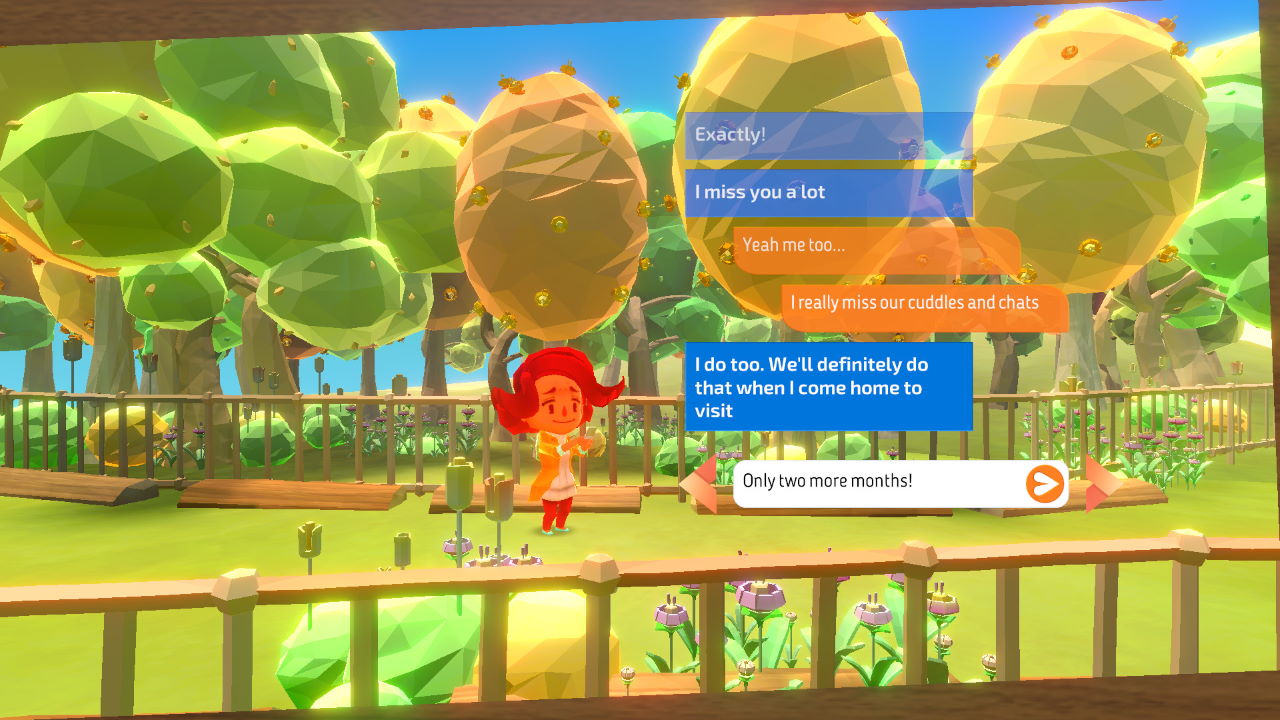 What did they mean when they said that? Should I answer angrily, blowing up about all the pent up things I’ve kept inside? It’s a familiar situation for many, and A Fold Apart expresses it in amazing and insightful ways. And it does so in a uniquely video game way, through the gameplay itself. As the character works through their emotional feelings you solve puzzles all based around paper folding. This might not seem to fit at first, but the idea is both brilliant and creative.

You’re job is to bring these two characters together. They’ve been separated by the world, by their own problems, and by their own feelings. Yet they yearn to be close, both physically and emotionally. So you start on one side of the paper and must cross to the other, but with all these obstacles in the way, how do you do it? Folding, twisting, turning, and otherwise manipuating the paper shows the way.

Players will find themselves swept up in not only the story and characters, but the overall feeling that A Fold Apart imparts

This creative mechanic holds great potential, which A Fold Apart exploits almost to its fullest. Puzzles are never overly complex, usually offering a single clear challenge. Get from point A to point B, but avoid X, and do it using the mechanics offered for this particular puzzle. Many puzzle games offer challenges you quickly understand and just need to work through, but A Fold Apart more often feels like improvization.

Some of the early puzzles might be clear from the start, but later on you typically toy with what’s available until it clicks. This is a lot of fun while also fitting into the narrative, as the characters are somewhat  frantically working through their own feelings in the moment as well. As the game expands and offers you more abilities, such as twisting the paper and shifting gravity along with it, you start to feel overwhelmed, but only to a small degree.

A Fold Apart slowly works through its gameplay mechanics, typically introducing a new one each major stage and letting you explore it before moving on. However, it does feel at times to skip ahead a bit too quickly. In fact, that’s the biggest criticism I have of my time with A Fold Apart; that there should be more. As the mechanics are added there’s no mement where you put them all to use in a truly satifying way. Instead they are introduced and become a new part of future levels. Whether tacked into the middle or near the end, there just feels like a section missing here where you explore more puzzles with all the mechanics you’ve learned throughout the journey. 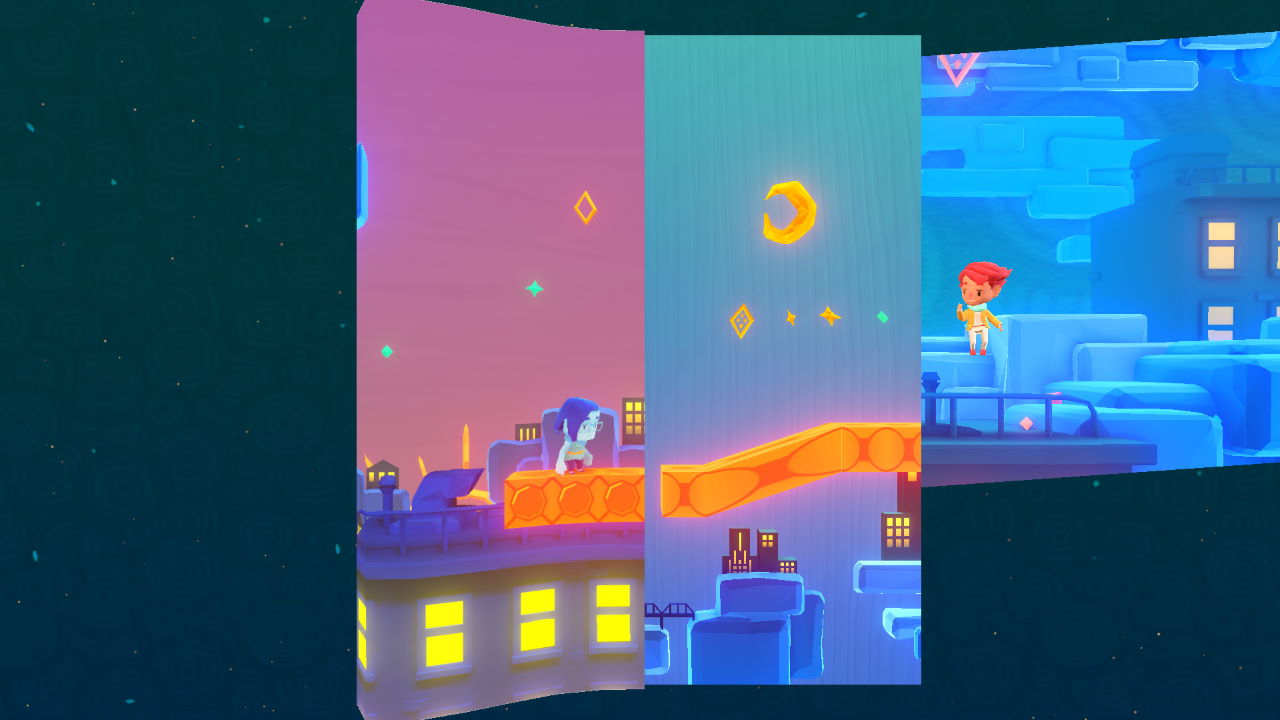 Likewise the narrative seems to rush toward the end at a certain point, though the emotional resonance is never lost. All of these important and emotionally charged topics would be tough for any piece of art to tackle, but A Fold Apart handles them exceptionally well. Through its 3-4 hour runtime the game tells its story with ease, expressing how tough a challenge it can be to maintain a long distance relationship. But more than that, A Fold Apart shows how we all fail to communicate with each other through all these new ways we have at our disposal.

Helping with this is the art and music underpinning this entire experience. A gorgeous and evocative art style helps craft this unique world and fill it with charm from beginning to end. And the soundtrack helps build to the emotional moments, both big and small. Players will find themselves swept up in not only the story and characters, but the overall feeling that A Fold Apart imparts through all its facets.

A Fold Apart is the sort of game that sticks with you long after the credits roll. An enjoyable and distinct puzzle adventure, the gameplay offers something fun on its own but becomes even better in how it enhances the narrative. If you’ve ever been separated from someone important to you and dealt with the communication troubles that entails, this game is tailor-made for you. It’s a gorgeous and enjoyable piece of art that could only benefit from having been more fleshed out and expanded.