Atelier Lydie & Suelle: The Alchemists And The Mysterious Paintings Review 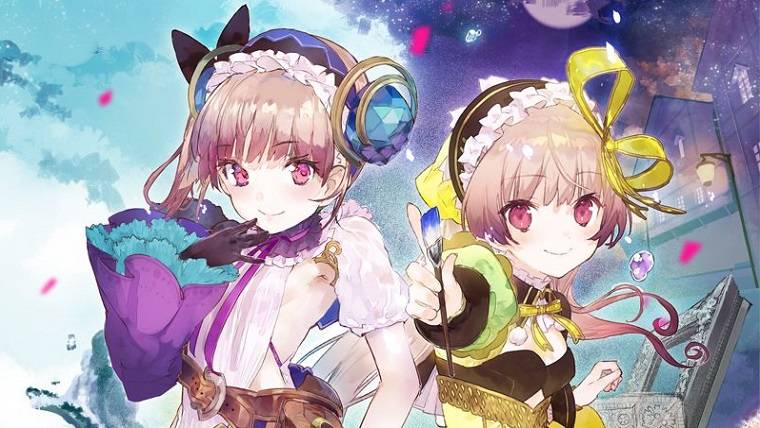 I’ll be honest here: I didn’t expect to enjoy my time with Atelier Lydie & Suelle: The Alchemists and the Mysterious Paintings.  No, this wasn’t an assumption I had due to prejudice. Whether it’s niche or mainstream, I’ll play it so long as it’s a JRPG. Rather, it was due to the situation I was in when started playing this game for review.

Simply put, I’ve somewhat fallen out of touch with the Atelier series over the past few years. Though I’ve been a fan of the series since it arrived in the West, the last time I actually played an Atelier game was in 2013 when Atelier Meruru Plus: The Apprentice of Arland arrived on the PlayStation Vita; meaning that I’ve missed out on the entirety of the Dusk arc and the majority of the current Mysterious arc.

To be clear, it’s not like I didn’t like the series anymore. It’s just that the concept of Atelier stopped making sense to me. Why bother making a series of enchanting worlds, interesting characters and fun gameplay features if you’re just going to place time constraints on the whole thing? I was tired of playing a game that placed a lock on its own features, so I anxiously waited until the time I could fully immerse myself in the Atelier experience would present itself. 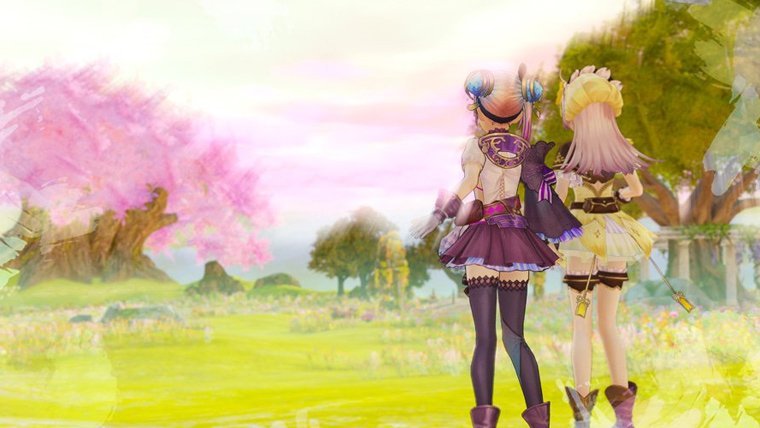 For me, that time has come with Atelier Lydie & Suelle: The Alchemists and the Mysterious Paintings.

As you might have guessed, the game managed to win me over thanks to the removal of the time constraints within the main story. If you’ve read my review for Nights of Azure 2: Bride of the New Moon, you might be inclined to call me hypocrite since I openly state that the time limit is one of the game’s best features.

It comes down to the differences in structure. Unlike NoA 2 where there isn’t anything to do outside fighting fiends, Atelier is filled with activities to do and not only are they all essential (to varying degrees), they take up time when doing them. Whether it’s alchemy, exploring or fighting, time marches on and you can quickly find yourself strapped for time if you allow yourself to become too engrossed in one activity when you should be focusing on progression. That is precisely what happened to me in Atelier Rorona: The Alchemist of Arland where I only barely managed to make it through by the skin of my teeth.

That isn’t the experience I had this time around. Time still progresses and there are day/night cycles, but I was always able to immerse myself in every aspect of the game without fear of repercussion (even if it didn’t make sense at the time). 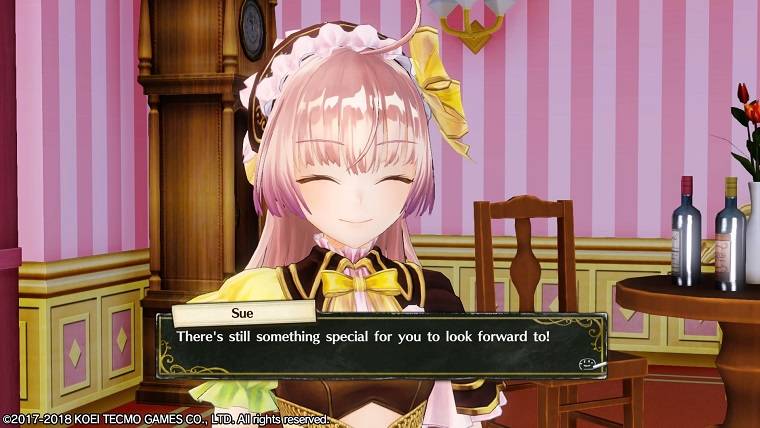 I was especially thankful for this because Atelier Lydie & Suelle is remarkably charming. The protagonists, Lydie and Suelle Malen, aren’t driven by the need to defeat some ancient evil, opposing kingdom or criminal organization. Rather, they’re just ordinary girls with a fondness for alchemy and a dream to open the best atelier in the kingdom.

Atelier Lydie & Suelle follows our protagonists’ efforts in a slice of life format where we get a peek at the various happenings in their daily lives. Whether it’s mundane, serious or downright silly, there’s a good chance you’ll leave with a better understanding of both the twins and the many other people who they interact with.

There are newcomers like Grace, a sister at the local church who is much older than she looks; Lucia Voltaire, the twins’ tsundere childhood friend and rival, and Roger, the twins’ irresponsible father who likes to push the responsibilities of the household on his daughters. Meanwhile, there are returning characters like Corneria, who is still in the item duplication business while searching for her father; Illmeria Von Leinweber, who is still short and now serves as the twins’ teacher, and Pamela Ibis, who is as cheerful and mischievous as ever. 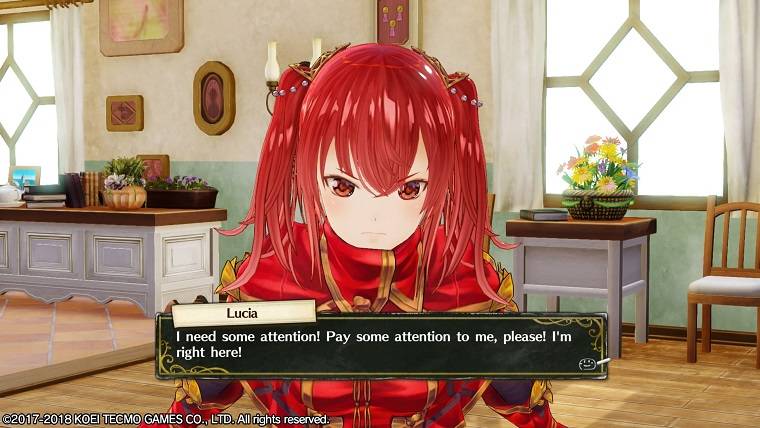 Seeing so many characters in Melveille actually conversing with each other and not just the twins was a lot of fun, especially because some of them have surprisingly high levels of chemistry with each other. For example, if Hagel and Pamela are together in a scene then you know you’re about to see something positively absurd.

Unfortunately, their presence also revealed something I didn’t really like: not many of them are recruitable in-game. Despite there being so many characters, only four of them — Firis Mistlud, Sophie Neuenmuller, Mathias Ferrié Adalet and Alt — actually join Lydie and Suelle on their adventure. And this is made worse by the fact that some of them should have been able to join your party by default, but are set to be added as DLC instead. I’m fine with characters with like Plachta, Drossel Weissberg or Corneria not being playable, but it feels like a low blow to have someone as significant (and surprisingly likeable) as Lucia be unobtainable without DLC.

That said, even with such a small roster, this six-man unit more than enough when it comes to exploration and fighting. 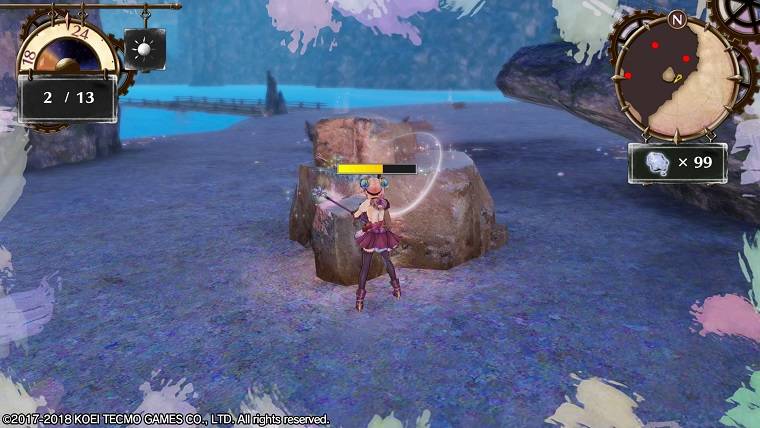 On their road to becoming world-renowned alchemists, Lydie and Suelle will visit a variety of locations ranging from forests to snow-capped mountains, and that array only widens when they enter paintings and explore more exotic places like a pirate’s den or haunted forest. None of these places are what you would consider graphical marvels, but they’re varied, designed rather well and nice to look at.

More often than not, you’ll be visiting these locations to gather materials. This can be done in a variety of ways, whether it’s picking them up off the ground, hitting trees and rocks until they give you what you need (or using special items to get everything in one shot) or fishing. Sometimes, however, you’ll have to fight to get what you want.

Combat in Atelier Lydie & Suelle is fairly standard, offering a turn-based battle system that fans of classic JRPGs will be sure to recognize. Of course, there are a few nuances here and there which help distinguish it from the rest of the pack, such as using synthesized items to deal damage and cause status effects or using special items only obtainable in painted worlds in order to create unique items with powerful effects mid-fight. 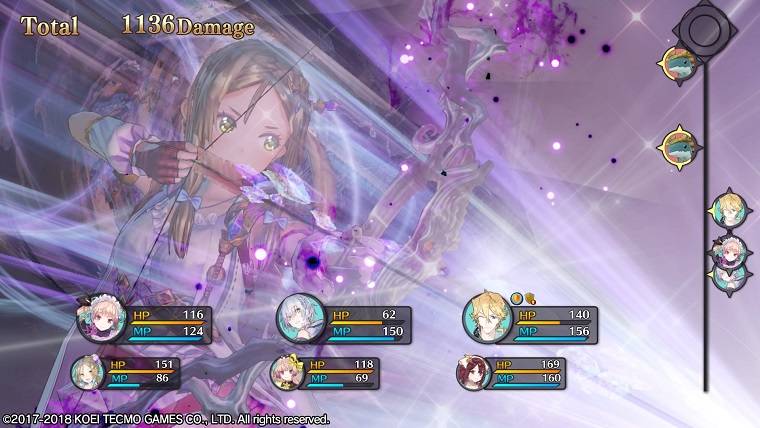 The most notable among these features are follow-up attacks which are activated by having characters on the frontline use certain moves, causing their partnered character to jump in and do a move of their own, and Combination Arts which has the pair unleash a super-powered attack to demolish their target. These two features add a surprising layer of depth to combat because some pairs might have strong Combination Arts, but find it hard to trigger each other’s follow-up attacks. Therefore, there will be times where you might have to give up on a particularly strong attack in order to have a better team composition.

Regardless of what Lydie and Suelle do, however, you can be sure it leads to one thing: Alchemy. 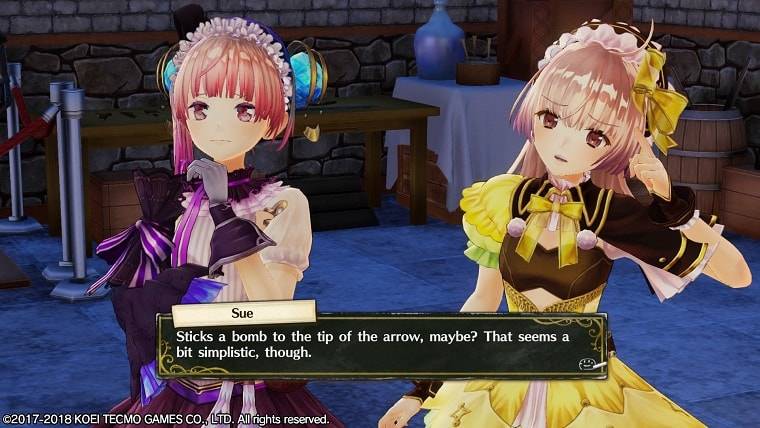 To be blunt, alchemy in Atelier Lydie & Suelle makes similar features in games like The Elder Scrolls V: Skyrim or The Witcher 3: Wild Hunt look like an absolute joke. So long as they know the recipe, the twins can make almost anything conceivable, whether it be bombs, restoratives, accessories or even crystals to replicate a painted world’s effects. What makes this system so different from others, however, is that the items they create can attain a plethora of properties depending on the items used to create them, as well as their quality. Though the results will differ depending on what’s used, you can be sure that low-quality ingredients will always yield low-quality results, while high-quality ingredients can result in truly marvelous creations if you play your cards right.

This is easier said than done though. 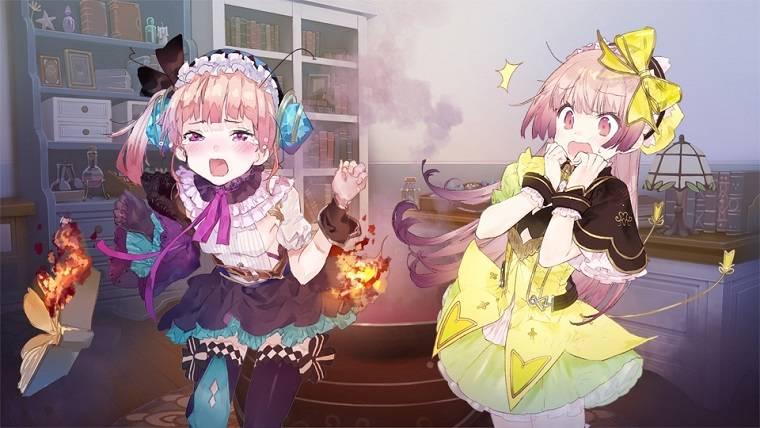 Low-level items may only need a small amount of a single color to reach maximum potency, but high-level ones require large amounts of multiple colors to do the same — something impossible to do on the basic grid. That’s when catalysts, which change the size of the board and offer potential bonuses, and enhancing agents, which can change the color of various shapes, come into play. Through the use of such items, as well as a hefty amount of trial and error, you can make incredibly potent items decked out with strong abilities which can either be used in battle, passed on to other items or make gear with.

If this sounds complicated, then that’s because it is. It also happens to reveal Atelier Lydie & Suelle’s greatest “weakness”: over-reliance on alchemy. Success in this game demands that players attain at least a fair understanding of alchemy — more so on higher difficulties — and this will present a problem for those who lack the patience to learn it. This unwillingness will inevitably lead to a frustrating cycle for such players where they deem synthesis too complicated and refuse to invest much time in it, but soon find themselves unable to progress because they aren’t synthesizing enough — an activity which they’ve already expressed a distaste for.

Such an outcome would be rather unfortunate because learning the nuances of alchemy is extremely gratifying and it makes every other aspect of the game more manageable. Completing the tests required to increase Lydie and Suelle’s atelier rank is quicker (and more efficient) since you’ll be turning in fewer items with higher quality, side quests are easier to complete since they often require items with specific traits or qualities, and battles will be easier because you’ll have stronger items and equipment.

If you don’t love alchemy in Atelier Lydie & Suelle, then you better learn to at least manage it because you’re not getting far without it.

Before closing out, I should address the elephant in the room: the dub situation. There is no English dub in Atelier Lydie & Suelle. Though I’m fine with it (I personally like Kaede Hondo, Maria Naganawa and Yūka Aisaka), this will no doubt cause others to be apprehensive about this title. Don’t be. It’s a shame, but you’ll live. What you should really take offense to is the inconsistent subs. Though not on the level of Blue Reflection, there are some glaring errors in the translation that should have never made it to the finished product. For instance, there is a skill named “Weaken Items M,” which apparently shortens wait time after using items by 10 percent. Was the person responsible for that not paying attention? 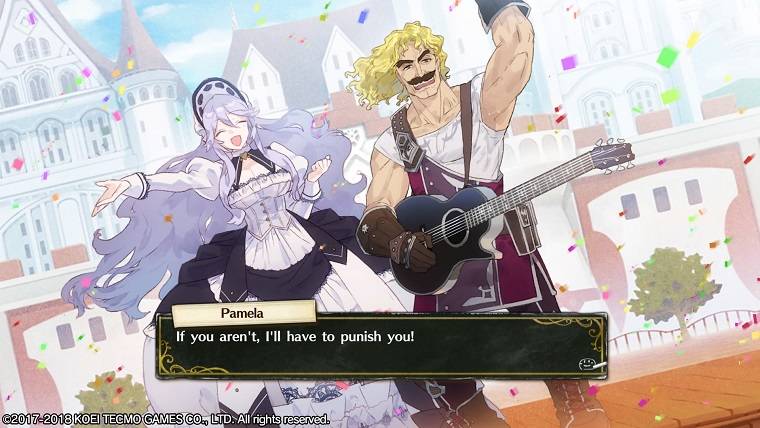 As someone who left the series several years ago, I didn’t expect to enjoy my time with Atelier Lydie & Suelle: The Alchemists and the Mysterious Paintings, but I gave it a shot and had a ball. This game exceeded my expectations and I rediscovered why I fell in love with this series in the first place: the story was enjoyable, the characters were entertaining and the gameplay was solid.

Yes, the lack of characters and inconsistent translation were frustrating, but I finally understand why people who played an imported copy were hyping it up: this game is good, great even. I’m very happy I gave this game a shot and if you’re a fan of niche JRPGs (or the Atelier series), you should too.

Atelier Lydie & Suellle: The Alchemists and the Mysterious Paintings