Berserk And The Band Of The Hawk Review The Dynasty Warriors hack ‘n’ slash formula is one that has been around for many years now, though it’s one that has been rejuvenated as of late thanks to some interesting spin-offs. Hyrule Warriors and Dragon Quest Heroes are two solid examples, using the Dynasty Warriors series’ core and then elevating it with the personality and nuances of each respective series. Now that same idea is being used with the Berserk series, which originated as a manga and is notable for its very dark and twisted tone. It doesn’t execute the formula as well as the aforementioned games, but it’s still worth checking out for fans of the genre.

The game follows the story of the original manga series, going from The Golden Age arc all the way to the Hawk of the Millennium Empire arc and resulting in a narrative that is very different compared to anything else in this genre. You control a mercenary named Guts who prefers to work alone in a war-torn world, but his impressive abilities eventually land him in the company of the Band of the Hawk and its powerful leader Griffith. What starts off as an innocent enough tale of camaraderie and the quest for fame and glory quickly descends into an increasingly twisted and morbid tale of brutality, betrayal and, ultimately, vengeance.

If you’ve played any of the Dynasty Warriors games then you know what to expect from a gameplay perspective here, as Berserk offers little in the way of deviations from it. You’re regularly placed on a battlefield and are tasked with chopping up hundreds upon hundreds of grunts on your way to capturing bases, defeating bosses and so on. There will be allies on the battlefield that you’ll occasionally have to escort or rescue and secondary requirements to give more challenge, but it’s all very familiar stuff. However, where Berserk stands apart from the pack is with its much more mature tone, as the game definitely earns its M-rating. Each enemy attack is highlighted with gushes of blood splattering the battlefield, with blood and gore being a consistent sight throughout all aspects of the game. 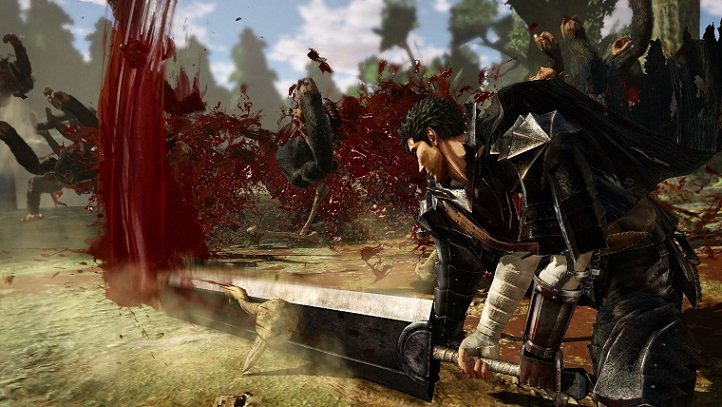 While this tone is definitely an interesting change of pace, it’s not enough to keep the gameplay scenarios engaging throughout the entirety of the adventure. The Warriors formula is known for getting repetitive at points, and this journey doesn’t manage to buck that trend. There’s no getting around the fact that mindlessly hammering the square and triangle buttons is more than enough to deal with the vast majority of the game’s enemies, rarely ever offering much of a serious a challenge outside of the late game and certain boss fights. The game does offer higher difficulties, but it boils down to taking more damage while dealing less damage rather than requiring new tactics. Combat does feel good as you fill up your Frenzy and Death Blow gauges to pull off big and flashy moves, however, and watching as dozens upon dozens of enemies go flying as a result is pretty satisfying.

Combat gets repetitive, but the story keeps things interesting for the most part

Thankfully, the game’s story is able to make up for some of its shortcomings in the gameplay department, as the character dialogue and themes presented here are truly a rarity in gaming. Things like rape, brutal deaths of children, torture and more are front and center here, and it results in an adventure that is captivating if not always easy to watch. You really come to like the characters that come and go in this adventure, with many of them having very interesting arcs that you don’t see coming. The way everything is presented is top-notch, as well, with story scenes being delivered with impressive in-game cutscenes as well as anime sequences that look great. My only complaint is that it spins its wheels from time to time, with large chunks of game time feeling like little more than filler.

The game is presented as a series of missions that you undertake with Guts, with the game occasionally allowing you to utilize some of the other characters to shake up the gameplay a little. While these moments don’t happen often, they are a great way to take some of the pressure off of the repetition of only using Guts. The characters feature different attacks, abilities and movement speeds, with some of them offering wildly different gameplay styles compared to Guts. Many of the levels will also have secondary challenges that can be fun to try and complete called Behelits, which ask you to do things like complete a task in a certain amount of time or to keep all of your teammates alive. Missions are typically brief and last somewhere around 10 minutes, which is a good length that allows you to get in quick sessions here and there. 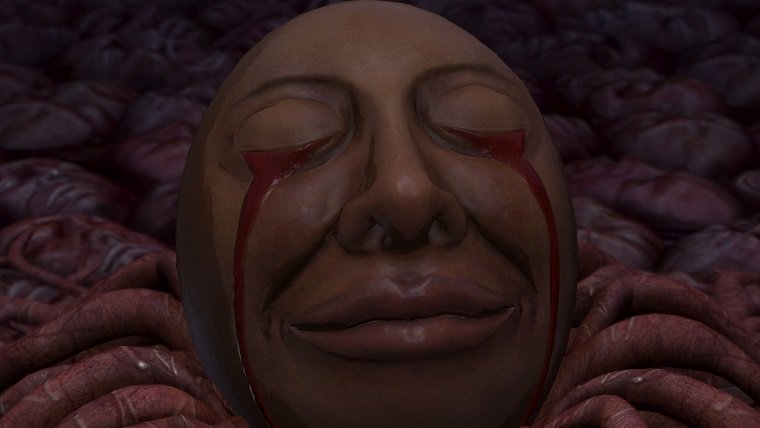 Berserk has more to offer outside of its story mode, however, as there are also the Free and Endless Eclipse modes to try out. While Free mode allows you to play through all of the game’s story missions with any of the game’s seven characters, it’s the Endless Eclipse mode that I can see returning to more. It’s essentially a horde mode that has you facing off against countless swarms of enemies as you aim to get deeper and deeper into the abyss, but due to having to fulfill specific character missions and having access to the full character roster allows for more variety. You also don’t heal or replenish items between layers, making it quite the task to make it all the way through.

Berserk and the Band of the Hawk doesn’t capitalize on the Dynasty Warriors formula as well as it could have, but its incredibly dark and engaging narrative makes it a unique experience. The game takes you to some truly shocking places when all is said and done, which makes it stand out when compared to most other games. In the end, Dynasty Warriors fans will likely be satisfied, but if you’re tired of that series’ formula then this will do little to change your mind.

Berserk and the Band of the Hawk

Home / Game Reviews / Berserk And The Band Of The Hawk Review