Xbox and PlayStation owners can now get in on the action. 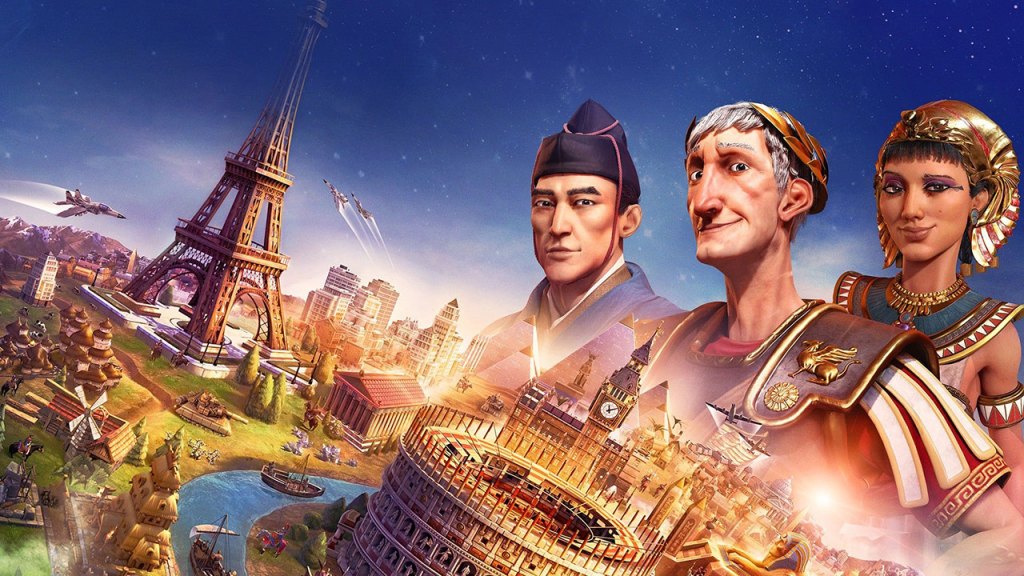 It’s been quite some time since console gamers have gotten their hands on a Civilization game.  We have to look all the way back to the Xbox 360 for the release of Civilization Revolution, a game that was well received at the time of release, when strategy games were less common on the Xbox or PlayStation platforms.  Civilization Revolution wasn’t a numbered Civilization release, it kind of did some unique things to make it work on the platforms.  While I remember plenty of friends swearing by the console version of this game, what I remember of it was a watered down version of the game I had been playing on PC for some time.  The maps were smaller, the games were much quicker, it was a Civ for consoles for better in few places and more often than not worse.  Since that release we’ve seen two mainline Civilization games arrive in Civilization V (2010) and Civilization VI (2016).  After putting Civilization VI through it’s paces on the Xbox One, it’s unclear what has taken so long to get this beloved turn-based strategy game back on consoles.

Unlike the streamlined release of Civ Revolution, this latest is the full-fledged console version of Civilization VI.  Few sacrifices seem to have been made to get the game to consoles.  The Xbox One version (and presumably the PS4 version) plays almost identically to the PC release, allowing you to build a sprawling civilization across numerous game modes with many cultures and leaders to control.  That said, with the removal of some of those console specific features that the last entry (Revolution) had, this game can be a bit more complex.  What we have here with the PlayStation and Xbox versions of Civilization VI is basically what we saw last year when the game released on the Switch.  It is essentially the same interface and control scheme, though there is online play on these versions of the game (something that the Switch version lacked at launch). If you’ve never played a Civilization game before, you’ve missed out on one of the best strategy game franchises in history.  Civilization VI is arguably the best the series has ever been.  There have been smart changes made between the last game and this one, and it’s simply one of the most engrossing types of these games if just for the sheer amount of control you have in taking your starting tribe and transitioning it into a world dominating super power.  Civilization VI allows you to control each and every aspect of your civilization as you vye for power against competing AI civilization leaders or online opponents.  You’ll seek out new lands, plan your cities, and create districts within them that give you bonus points in different strategic areas.  You can embrace the arts or lead a militarized civilization hell-bent on physical dominance.  You can focus on brute strength or technological might.  You will control your civilization’s destiny by guiding it down a series of choices for what things you want to spend your time researching, the types of structures you want to build, and the type of government you want to have.

Civilization VI is chocked full of systems that you need to juggle from the start of a campaign where you’re fledgling civilization must get its feet under it, all the way to a complex global architecture which has numerous leaders attempting to hit a victory state through achieving one of the main win conditions.  Civilization VI has so many moving parts that it’s hard to have the same experience twice whether playing against AI or human opponents.  All of these moving parts and the decisions that you’re making can be seen playing out on the screen.  You can see your Civilization flourishing and other civilizations doing the same.  And as you do, one of the best game soundtracks hammers home the importance of your actions. This is a game that was designed for the PC.  With that said, the game transitions pretty well to the controller though it’s certainly not my preferred method of playing the game.  Navigating through the myriad of options you have at your fingertips is a little bit more difficult on the controller compared to the point and click nature of the PC version.  This is especially true at the onset of Civ 6 on consoles.  Learning to navigate each turn and what each different icon means on the screen can be a bit daunting whether you’re a Civilization veteran or a newcomer to the series.  But it’s not overly complicated either.  Once you’ve gotten over that learning curve the controls are intuitive and smart at most places.  The iconography makes sense and there are plenty of tool tips to help you if you happen to forget.  But even then things do ultimately feel a little bit more clumsy than the PC counterpart, but that is the trade-off if you want to play Civ VI on the couch.

The controller does feel a bit clumsy at times

The other trade-offs include a bit of a sacrifice to visuals.  The Xbox One X that we played on seemed to handle the dense late-game maps pretty well.  As well as I remember the PC handling late game where the map can be populated with nothing but activity.  At 1080p it’s really hard to tell the differences between Civ VI on Xbox One and Civ VI on PC.  We looked at them side by side and the game really does feel like a solid port over on the visual front.

What’s a little bit jarring about the release of this three year old game on a new platform is that it doesn’t come with the big expansions that have been out for some time.  Since 2016, Civilization VI has seen two major expansions and bunch of smaller ones.  While the console version does come with some free DLC, the big expansions: Gathering Storm and Rise and Fall will cost you extra if you want them.  The good news is that the base game of Civilization VI will keep you busy for some time, but those expansions have only made the game better and you’ll likely want them once the game sinks its hooks in.  The really bad news is that they come bundled as a stand-alone package for $49.99.  The base game is certainly worth the price of admission as it’s likely to give you hours and hours of enjoyment with its lengthy campaigns, and the DLC is also quite good as well.  It just would’ve been nice to see this released as a whole package.

Civilization VI on consoles is basically the same game that you can play on PC.  While the controls will take a little bit of getting used to, this is one of the best strategy games you can get at the moment and it’s finally available on consoles with very few, if any, sacrifices.