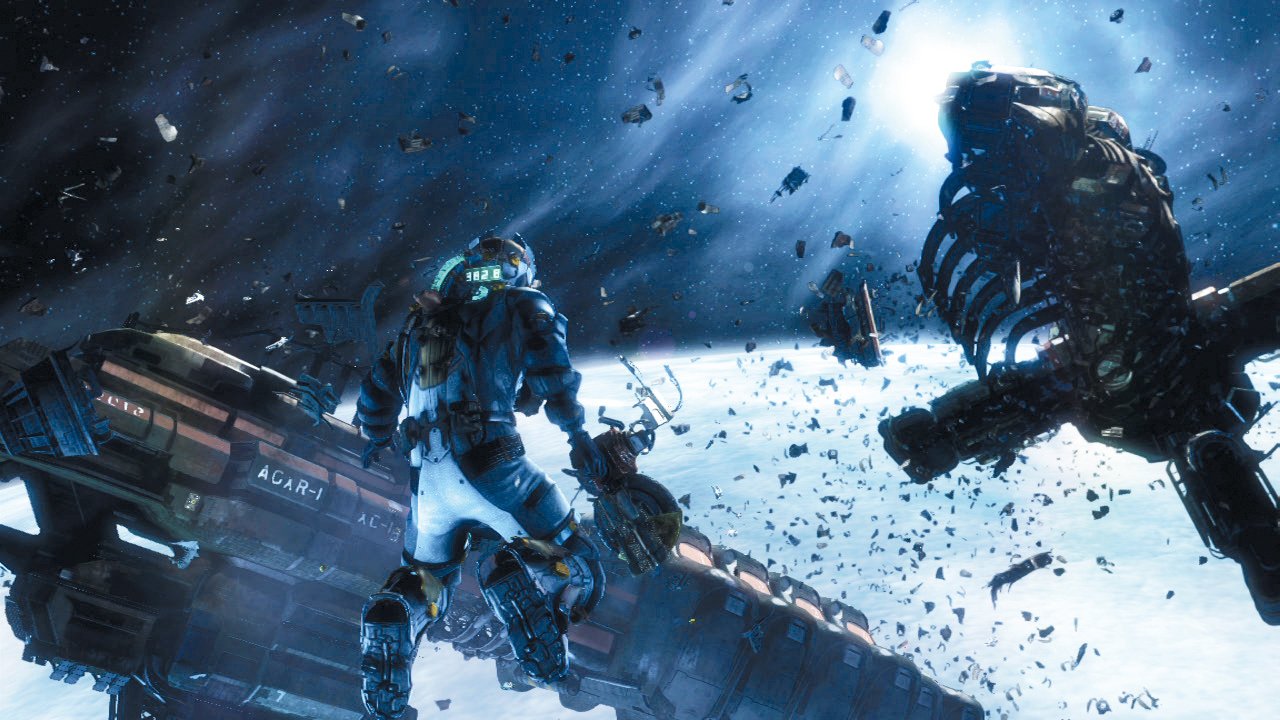 The Dead Space franchise is one that has seen significant changes since its original release. What started out as a survival horror game that placed players smack dab in the middle of a truly frightening scenario, has migrated towards a more action-oriented experience in recent years.

Making this franchise more approachable has made the Dead Space series more financially viable for EA, but there have been considerable changes made to the game, an expansion of the story, and a game with a much bigger scope than just wading down dark corridors.

With Dead Space 3, Visceral moves even further away from what made the original a cult classic. Instead, monster closets and internal dialogue have been traded in for the Issac Clarke that was introduced in Dead Space 2. It wasn’t hard to see this coming for the franchise after the success of the last game, but for fans that started with the original, Dead Space 3 is a game that rarely even feels vaguely familiar. That’s not to say Dead Space 3 is a bad game by any stretch of the imagination. It’s probably Visceral’s best work to date from a technical standpoint, and they’ve once again pushed the limits of what to expect from the aging Xbox 360 and PlayStation 3 consoles. 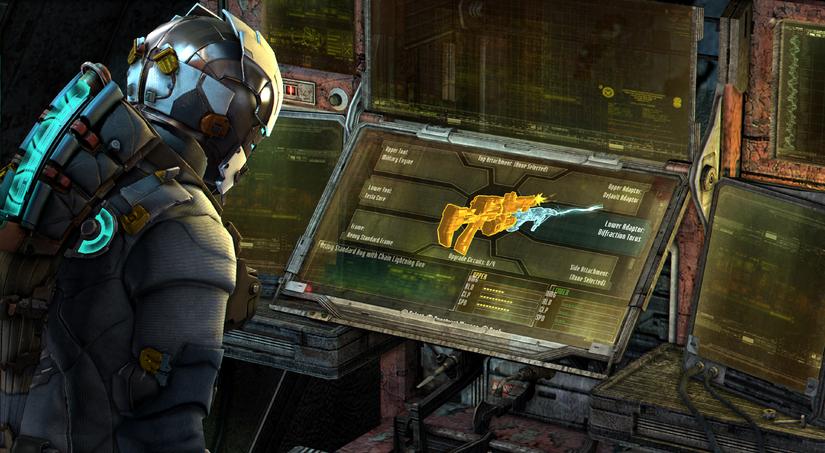 If looks could kill –The Dead Space franchise has once again set the bar for what we should expect from console visuals. Just like they did back in 2011, Visceral has once again put together a visual package that is rivaled by few, if any. There’s a lot of variety in the locations that Visceral sends you to in Dead Space 3. You’ll explore the frozen tundra of Tau Volantis, explore derelict space stations, scale cliff faces, and take zero gravity missions while peering into the void of a massive ship graveyard. Dead Space 3’s visuals make a compelling argument on their own as a game that you simply must play in 2013.

Brutal Combat Returns – The unique third person shooting of the Dead Space series hasn’t been tweaked much in Dead Space 3. Combat is still brutal, and focused around precision use of weapons. Enemies can be taken down in a number of different ways. You can still shoot off limbs, this time with a wider arsenal of weaponry, you can slow enemies with statis, and melee attackers in a rush of brutal angst. It’s one of the mainstay features of Dead Space that has always led to tense combat. While some of the tension has been removed due to the new settings you’ll find yourself in, the combat can be every bit as demanding as it has been in previous games. This goes double for those that choose to venture into the game for a second or third playthrough with its new game plus modes.

The Workbench Grind – How you earn powerups for your weapons and suit has been altered drastically in Dead Space 3. The new workbench functionality allows you to build new weapons, upgrade existing ones, and store them away for safe keeping and future use. Each weapon has a wide variety of attachments that can added to drastically change the way it is used. Upper and Lower modules allow for a seemingly unlimited number of combinations that you can try for any given weapon. Once you find that right combination that suits your playstyle, you can then upgrade circuit boards in the equipment to change attributes like Reload Speed, Damage, Rate of Fire, and other attributes. While it’s not only fun to experiment with new weapons, it also makes your trek through some of the more mundane spots in Dead Space 3 a little more exciting as you scavenge your environment for new scrap materials to use in the workbench. You’ll also find scavenger bots that you can set to go out on their own and pick up materials for you.

For the Dedicated –While Dead Space 3 does feature a cooperative element, the New Game Plus modes really seem to have a handle on what fans wanting to play the game a second or third time will be interested in. The New Game Plus modes in Dead Space 3 allow for an even more demanding experience, and one that might echo back to the style of play from previous games. Once beaten, Dead Space 3 features a classic mode, pure survival mode, and hardcore mode that definitely aren’t for the faint of heart. Changes made to the new modes include gameplay tweaks that’ll offer a greater challenge to the Dead Space devout. 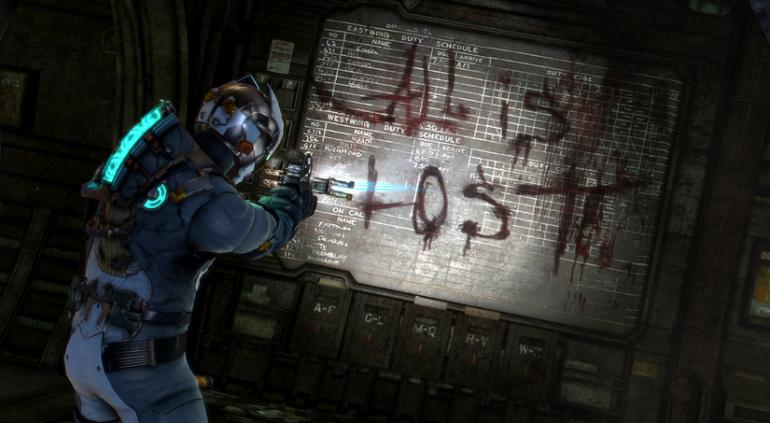 Uncharted territory – I fought my own internal battle while playing through Dead Space 3 for this review. Did I miss the old Dead Space enough to not enjoy my time with Dead Space 3 was the question I kept asking myself. While there were certainly plenty of times where the game felt like it was dragging on and lacking tension, Dead Space 3 has some very cool sequences and gameplay to be experienced. Sure, the slow crawl through abandoned space craft and the uncertainty of not knowing what lurked in each dark corner of the world was sorely missed, but the trade-off is somewhat acceptable due to the sheer quality of this latest game. Perhaps someday the franchise will gravitate back more towards its roots, and really focus on some of the elements that made the original game so scary.

Co-op removes tension – Given the fact that this franchise has always been one that that was centered around an internal psychological struggle for its main character, the introduction of cooperative play in Dead Space 3 doesn’t do the game any favors in making it feel like its predecessors. The removal of traditional multiplayer isn’t completely surprising, and I suppose that they had to replace that with something. Unfortunately, that something is a major catalyst of change in the overall tone of Dead Space 3. Prior to the game’s release, Visceral has defended the inclusion of cooperative play, and said that they’ve made every effort to keep the scare factor involved while playing as a pair, but these considerations aren’t very noticeable in the final product. Even on its own, the scare factor and tension levels are low in this shooter, add in the fact that you’re doing this with a friend, and it’s almost non-existent.

Camera Issues – Dead Space 3 has its high points and low points, but some of the absolute lowest are in its disappointing camera angles. You can find one example of the problems we encountered in Dead Space 3 in the video below. When fighting with one enemy, the camera problems seem to be non-existent. The problem really seemed to arise when things got hectic and multiple enemies were rushing you into a corner, or were of the fast-moving variety. During these many instances in Dead Space 3, the camera pans in such a way that you can’t see your character. This is a major problem with many of your vital statistics being tied to seeing the gauges on Issac’s suit. This can make for a frustrating end to many battles in the game’s campaign. Furthermore, when rushed by a lot of enemies, item drops can also begin to clutter your vision as well. Their 3D markers can obstruct your entire field of view if not picked up immediately.

Dragging On – Phew. A single playthrough of Dead Space 3 can be a lengthy endeavor. While this usually isn’t a problem in my book, Dead Space 3 hits the finish line gasping for air instead of finishing strong. If Visceral would have cut the story around three quarters through, this could have been avoided entirely. There’s just so many “go here, do this” fetch missions in between the juicy bits, that it becomes somewhat boring in the back stretch. It doesn’t help that any backtracking done in Dead Space 3 requires a bunch of loading screens, as each area is gated with a loading door to the next room. Include in this the fact that you’re scouring each room for salvage in an attempt to dodge downloadable content, and Dead Space 3 not only drags at times, it feels like downright work.

The Verdict:Dead Space 3 is a weird game, especially for someone who has now spent considerable time with the franchise this generation. On the one hand, Visceral Games has blossomed as a developer of one of the best looking third person action style shooters on the market today. Dead Space 3 rivals some of the best games in the business. It’s right there on par with the Uncharted’s of the video game industry, and that’s a great thing for gamers. But as this franchise continues, it gets further and further away from its roots, and that is my major sticking point with Dead Space 3. There’s been a significant trade-off in making this game more accessible, and that trade-off comes at the expense of the scares that previous games provided. With making Dead Space a bigger franchise, Dead Space 3 feels like there was some kind of content or time quota that needed to be reached, and because of that, the single player feels watered down. Cooperative play is a nice fit for games of this type, but at the same time it’s a bad fit for Dead Space (or at least what Dead Space used to be). I don’t think we’re heading back anytime soon either, Dead Space 3 will be successful, but it won’t succeed on the things that made it popular in the past.