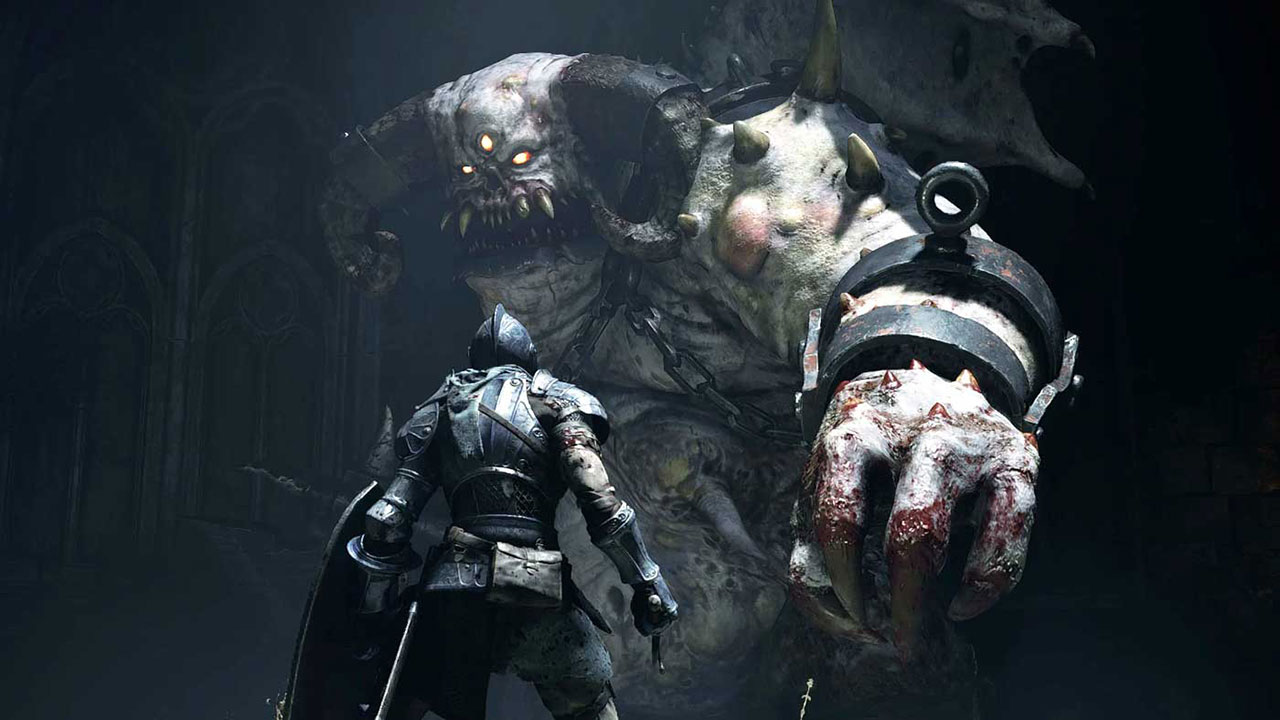 It wasn’t until From Software released Dark Souls in 2011 that the series started to pick up a mainstream following in the video game world, but the Souls genre was born years prior with the PlayStation exclusive Demon’s Souls that arrived a few years into the PlayStation 3 lifecycle in 2009.  Looking back at it, Demon’s Souls really wasn’t much as it pertained to visuals.  Sure, the incredible difficulty that the series has become known for and the unforgiving systems at play made it a cult classic for PlayStation 3 owners, but the franchise really didn’t start hitting its stride until sometime after.  Which really makes the remake of Demon’s Souls on the PlayStation 5 something that’s worth playing for owners of the new console where exclusive games feel like they are in low supply.

It’s really not an ideal situation when you plunk down $500 on a new piece of hardware.  A game that’s over 10 years old remade for the new system, doesn’t exactly sound like a system seller.  For Souls fans though, the Demon’s Souls remake is a can’t miss on the PlayStation 5.  It’s an unexpected showcase when it comes to displaying the raw power of the console, its new features and potential library.  Demon’s Souls is the progenitor to not only what we saw from From Software in the years following its initial release — which ultimately spawned and inspired the likes of Dark Souls 1, 2, & 3 but Bloodborne and Sekiro to some extent as well.  Then let’s not forget about the many developers who tried riff on this formula in their own Souls-like games.  The only thing that should hold you back from jumping in to give the Demon’s Souls remake a shot is the fact that it’s fairly inaccessible from a difficulty standpoint.  If you aren’t up for some sort of challenge, this game might not be your cup of tea.  If you are, the rewards are many.  From the beautiful enhanced visuals reimagined by Bluepoint games and Sony’s first party studio to the rewarding core gameplay — there’s plenty to love about Demon’s Souls on the PlayStation 5. 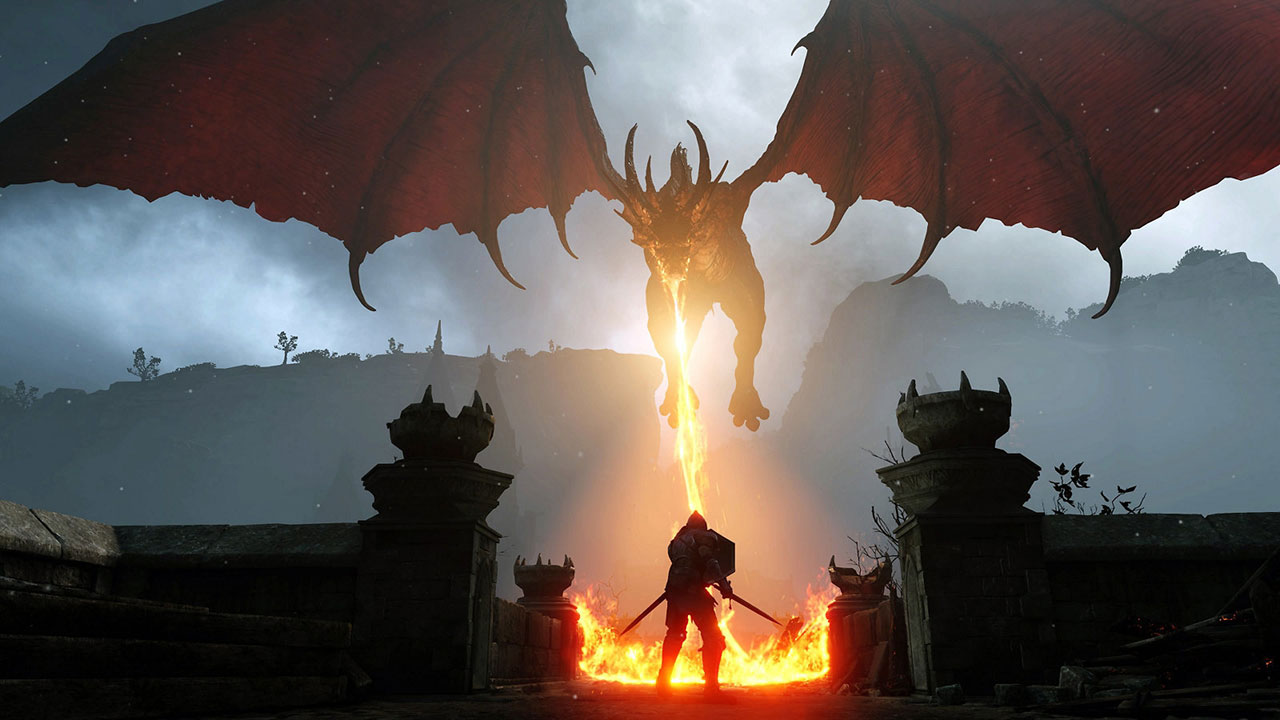 If you haven’t played one of these yet, what you should expect is a harrowing experience full of tough boss battles and spectacular level design.  It can be argued that Demon’s Souls is the pure Souls experience.  It offers some of the most challenge that any of these games have ever had and systems that were actually scrapped in future releases to make them more palatable for a wider audience.  Demon’s Souls relies on the player to manage multiple systems while tackling difficult enemies and placing difficulty roadblocks in the way with intimidating boss battles or treacherous paths to them.  This difficulty made all the more daunting by the ever-present threat of loss of progression to the player. While we’re not going to go into a full on review of the systems at play with Demon’s Souls in this remake, it’s important to note that in my opinion they are just as engaging 10 years later as they were on the PlayStation 3.  Not much has changed here in this regard either.  Bluepoint took very little liberty in altering what made Demon’s Souls so special, really only adding to the experience with the enhanced visuals and some QoL features. Nothing about the Demon’s Souls remake feels antiquated and its the next best thing to a brand-new Souls game.

The PlayStation 5 has plenty of new bells and whistles.  The improved visuals and performance of the console are instantly noticeable when you fire up Demon’s Souls for the first time.  If you want a good frame of reference and would like to see how far we’ve come, just go ahead and search a gameplay video on YouTube.  Boy, this series has never looked better than it does on the PlayStation 5.  Buttery smooth frame rate and high resolution gameplay coupled with the faster loading times of the console and the Demon’s Souls remake is something to behold.  The world of Demon’s Souls comes alive with the horsepower of the new hardware, everything has seen a complete revamp in this remake from a visual standpoint.  Nothing seems to have been spared from a fresh coat of paint.  There have only been a handful of remakes and remasters that have touched the level of quality that we see with Demon’s Souls on the PlayStation 5.  It truly wows as if it was a brand new game, developed explicitly to give you that next-gen feeling. While it’s close to a perfect remaster there are some things that stand in the way from it being that.  There are really only a couple of bones to pick with this game.  The first is in the camera angles issues that you’ll encounter often.  Making your way through labyrinth style worlds will sometimes send you down some dark and narrow corridors.  Encountering enemies in them is going to be a trying experience when not only trying to wrangle with high difficulty but not be able to see the action. It can be problematic.  The camera gets out of whack more often than you would like, though it’s not a complete deal-breaker.  Keep in mind though, you will have AT LEAST a death from this in the Demon’s Souls remake and it may cause some frustration.  Being the first of the Souls games, Demon’s Souls was still ironing out some of the gameplay elements of the series.  You could argue that Demon’s Souls is a little too unforgiving and unapproachable to those with little reference.  While the other Souls games definitely have difficulty spikes and walls, Demon’s Souls will turn you away at the very beginning if you don’t learn the rules quickly.  And lastly, the movement and controls in the game were also still being hammered out, and it might’ve been interesting to see controls more similar to the modern Souls games.  While the original featured four-directional rolling, the remake did get that upgraded to 8, but there is often issues where you don’t quite roll in the direction you think you’re going to.  Most of the issues with Demon’s Souls as a remake are minor complaints that stay true to the game’s roots more than anything.

The complaints are minor but they keep this from being “perfect”

At the end of the day, with Demon’s Souls Bluepoint does just about every conceivable thing correct when it comes to a remake.  It’s hard to look back and say that the original game is in any way better than this remake.  Ultimately when doing one of these the goal should be to retain the feel of the original while bringing it up to date with modern visuals and in this regard the game is a huge success.  This remake feels very much like the recent Resident Evil 2 Remake — entirely faithful to the original while bringing it forward and improving it at the same time.  For Souls fans that never got a chance to play this one, this is the definitive way to experience it.  Even for those who did play it the first time around, the visual improvements made to this version of Demon’s Souls make this world come alive in a way that it never had before.  If you’re new to the series, there are probably more accessible ways to try it out, but they most certainly won’t offer the next gen shine and polish that this game does.  Making the wait for Elden Ring a little bit longer, if this is what Souls games are going to be like on the next-gen platforms, we’re already ready for more.