The latest news in the world of video games at Attack of the Fanboy
October 21st, 2014 by Anthony Decicco 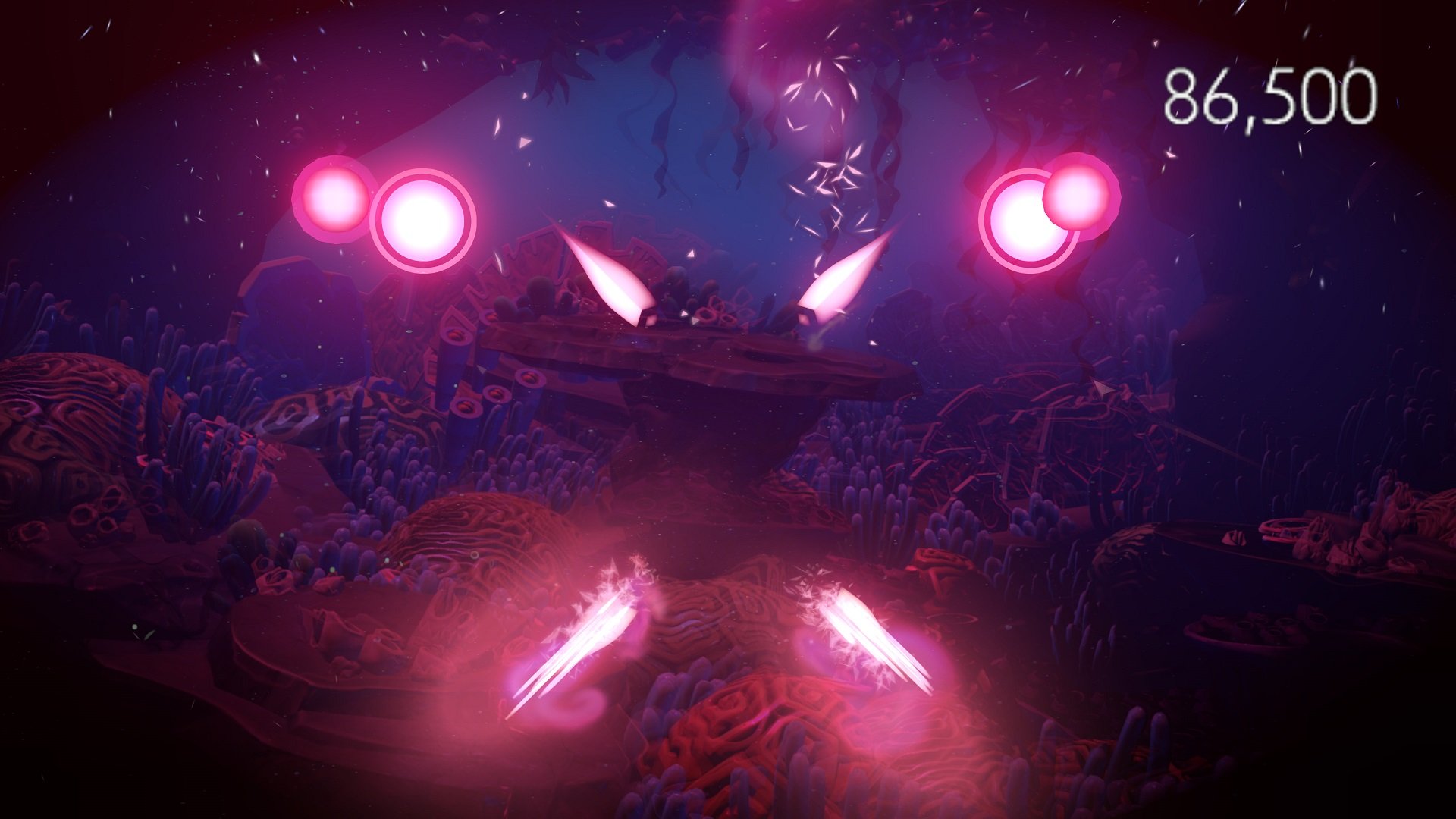 Harmonix has pioneered the music rhythm genre for more than a decade, ranging from the original Guitar Hero to the Rock Band franchise, and more recently, the Dance Central franchise, which takes the controller out of our hands. An unlikely match was made when Disney’s Fantasia: Music Evolved was announced, but fans will be glad to know that it simply works. Finally creating a story around a rhythm based game that doesn’t fall flat while bringing out the Disney fan in all of us.

The main focus of Disney’s Fantasia: Music Evolved is a surprisingly interesting story mode that takes place after the Fantasia films. Players will start out trying to learn the magic of harnessing music via their teacher, Yen Sid who is known for his role in Fantasia. After the very helpful but drawn out tutorial, you become Yen Sid’s apprentice and are sent out on a mission to improve your skills. Shortly after this things begin to go awry, Yen Sid has gone missing and ‘the noise’ is released upon the realms. The player is tasked with quelling the noise and restoring balance to the world with the help of Scout, a girl who was also training to be Yen Sid’s apprentice. The story is told through what can be considered interactive scenes. When it comes down to it though, the story is nothing special and we are simply happy that one is included at all to give the game that extra Disney magic. 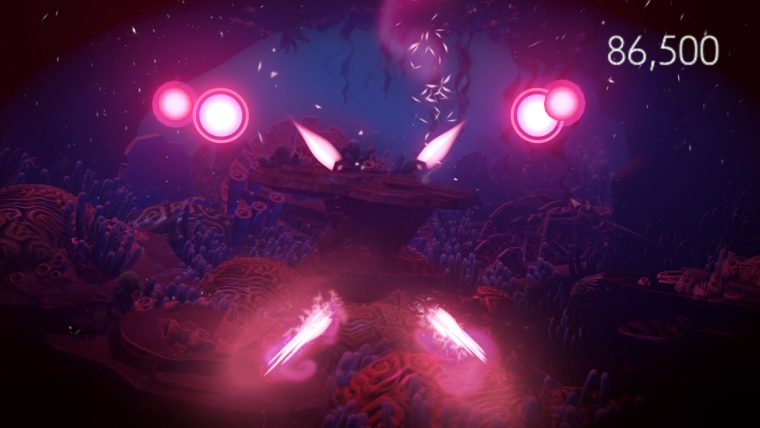 Fantasia: Music Evolved masterfully pieces together old and new tracks to create a robust list of over thirty songs

In order to repel the noise players will have to collect composition spells. Every realm has a composition spell or a piece of one for you to collect as well as hidden interactive elements that are designed to allow the player freedom to explore and also earn a music fragment. You explore and interact by holding one of your hands up to reveal an orb called ‘the Muse’. You move around within the realm by moving your body side to side to reveal more of the area. The overall gameplay is set up so that there are a few songs in every realm,  and all thirty songs must be unlocked to be played at your leisure. However, if the story is not your thing and you just want to experience the track-list and the gameplay, this can be done in the options menu by turning party mode on. This will turn off bonuses and other perks of the songs but players will be able to freely experience the music and have fun. It is a great way to have your cake and eat it too. It also brings back the fun of unlocking songs in music games.

The soundtrack can make or break a music game. Thankfully Fantasia: Music Evolved masterfully pieces together old and new tracks to create a robust list of over thirty songs from various artists such as Queen, Bruno Mars and Tchaikovsky. The addition of various remixes essentially inflates the track list to around triple that. Day one DLC for the title also adds an additional twenty or so songs to the mix for users to purchase. Like most Harmonix games, there will be no shortage of music at release. And you’ll enjoy playing through each and every one of them due to the effort Harmonix has put in to fine-tuning the gameplay. 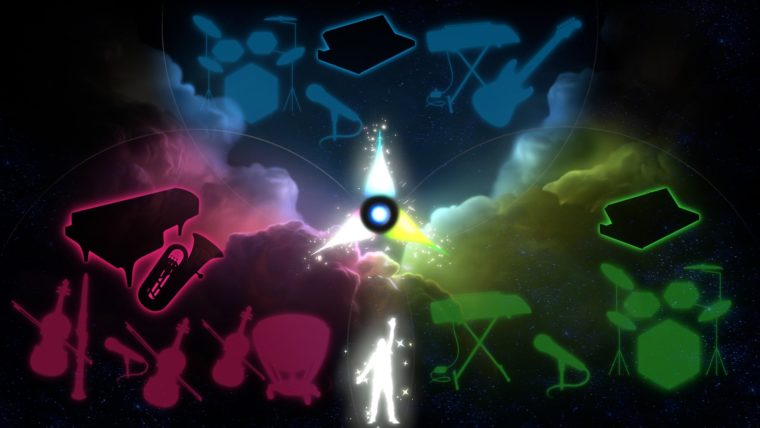 The gameplay of Disney’s Fantasia is so perfectly executed that I was genuinely surprised by how it was able to read my movements. Utilizing the Kinect, the game is able to read subtle hand gestures such as swiping or dragging them in various directions, as well as pushes. These types of movements are the basics of playing through a song, and as you do them you begin to feel like a conductor as the simplistic movements allow for some interesting arm flailing. These gestures are set to music and act in a timed fashion similar to games like Rock Band or Guitar Hero, except without the clunky plastic controller in your way. The fluidity in the execution as you get better allows you to try more exciting and difficult songs. As you progress you will unlock more compositions, these allow you to remix songs on the fly. Think of them as special moves that allow you to customize the song with your own personal touch. Each composition has it’s own unique shape to represent the type of mini-game that you will do within it in order to tweak the segment of the song to create a unique sound. It essentially makes no two plays of a single song the same, ever. It is a pretty unique feat, and that is on top of an already well-implemented remix feature, that allows you to remix between different variations of a song by choosing the type of vocals, and instruments that are heard. This can also be done at the beginning of a song, if unlocked,  but usually is done through the progression of a song. Everything about the gameplay is unique and innovative,  Fantasia: Music Evolved is hard to compare with other rhythm games, as it goes in a new direction from anything that has been done before.

Online leaderboards are present for every song and on the fly multiplayer is also available for up to two local players. To activate it, all that players are required to do is to shake hands with another person who is wanting to play and it puts them into the game. It avoids other people walking into your game and messing up the Kinect. It’s quite useful and is a pretty neat way to ‘tag’ someone in. 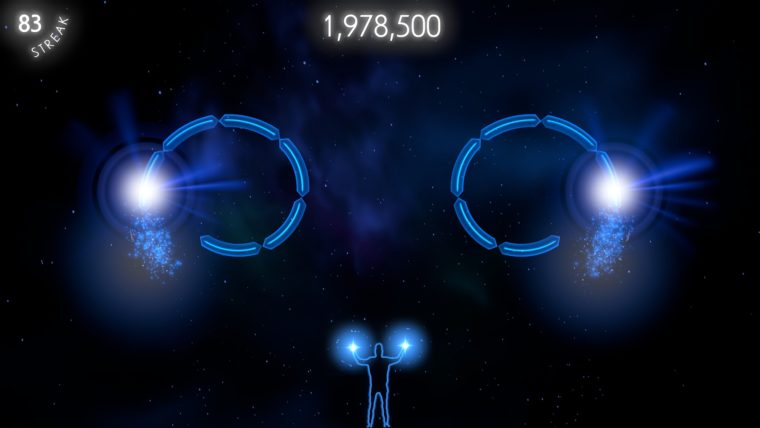 Disney’s Fantasia: Music Evolved manages to hit all the right notes and creates an engaging and genuinely fun experience that makes me glad I own a Kinect. The diversity in the music, and the implementation of the movement controls really are fantastic and prove that Harmonix still have what it takes to re-define the genre they love so much. The story itself is pretty interesting for a music title and its utilization of the Disney license. However it is a bit disappointing that the license didn’t garner more memorable tracks from Disney history. It seems that they might be saving those for DLC. If you are a Disney fan or just love music games, this is the title that must be added into your library.