The latest news in the world of video games at Attack of the Fanboy
June 29th, 2015 by Kyle Hanson 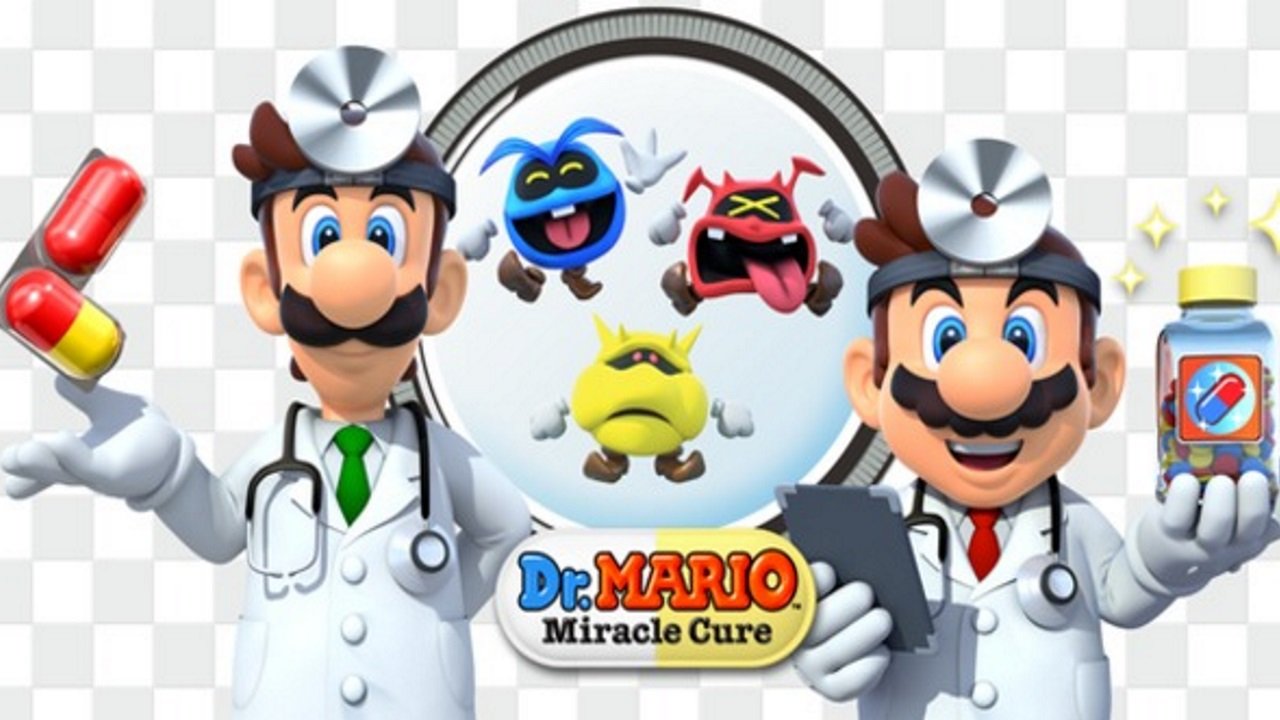 Puzzle game sequels are always a pretty tough sell. The genre is built on the idea of simplicity, with too many mechanics causing a feeling of confusion for the player, or coming off as forced change. The Dr. Mario series has largely avoided this, adding in just enough new elements to make each game feel fresh and interesting, while still retaining the magic of the original formula. The latest, Dr. Mario: Miracle Cure, continues this tradition, but with a few minor caveats.

Dr. Mario is a fairly standard “falling block” puzzle game, wherein you try to cure viruses by attaching them to like-colored pills, in an attempt to create a chain of four of the same color. The tough part is that each pill can have two different colors, so you have to stack or place each so that it both cures the current virus, and helps, or at least doesn’t hinder progress on other ones. Of course, like most great puzzle games, it is a simple concept that can be picked up quickly, but mastering it will take time, patience, and a greater understanding of the underlying mechanics.

Dr. Mario: Miracle Cure doesn’t change much about this, simply adding in the new elements from the Dr. Luigi game on the Wii, and adding in the titular “Miracle Cures”. Dr. Luigi tried to change the formula a bit by adding a second pill to the mix, creating an L shape and making players utilize different strategies. The Miracle Cures, which are brand new for this entry, are one-time power-ups that charge as you play, allowing for some quick hits against the viruses. 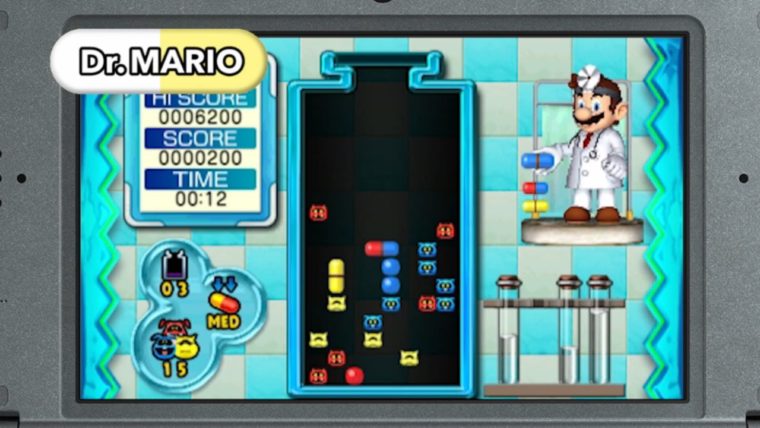 These cures range from a bomb, to a powerup that will clear everything in a particular line. None of them are truly game changing, which helps keep things balanced. When they do appear it can help turn the tide of the level, especially if you made a few key mistakes along the way. However, they aren’t a big enough shift to the gameplay to truly warrant the attention of long-time fans.

The great thing about Dr. Mario: Miracle Cure is that it doesn’t force any of these new things onto players. Not a fan of the Dr. Luigi shaped pills? Turn those features off. Same for the Miracle Cures, which really don’t impact the game in a negative way, but purists might prefer a simpler approach. The only area where these things are necessary are in the 60 level single player campaign.

Endless play is likely where most long-time fans will spend their time though, with the campaign not really offering anything beyond some pre-made levels. I the endless play, or custom mode, players can choose everything about their game, including the aforementioned new elements, and then just keep going.

For those that want a more competitive game, Dr. Mario: Miracle Cure also offers a fairly robust multiplayer suite. Local play is available of course, but there is also online for those that really want to get into the action. Here is where Dr. Mario: Miracle Cure truly stands above its handheld predecessors, offering players the ability to play against anyone, anywhere. 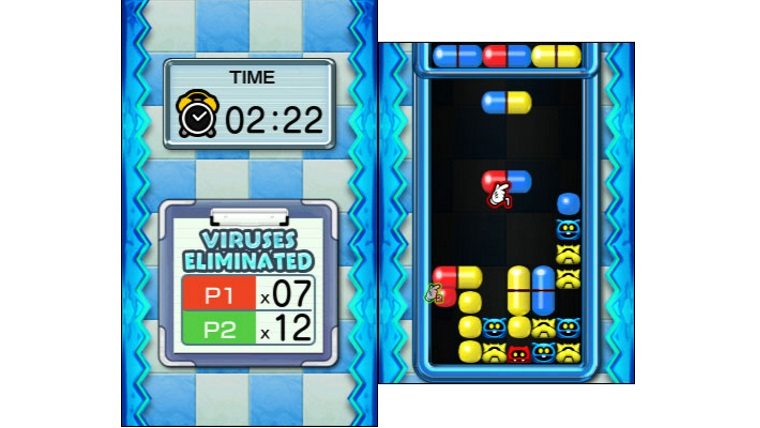 The multiplayer plays out similar to Tetris and other puzzle games of this ilk, with the two players trying to solve their respective puzzle first. Any good move by one will send bad stuff over to the other. This usually includes additional pills that fall into random spots, ruining your well-laid plans very quickly. It also features items that totally mess with the other player, such as reversing their controls.

Those that really dive into the multiplayer of Dr. Mario: Miracle Cure will find some great things hidden within. The action is fast and fun, and the added gameplay elements really mix things up. There is also a decent ranking system, though it’s nothing that seasoned players will find too intriguing.

Unfortunately this is where Dr. Mario: Miracle Cure’s improvements end. The visual presentation is extremely lackluster, with simple colors, shapes, and designs featured throughout. This is the first entry in the series on the Nintendo 3DS, and yet there are no 3D effects at all. It would have been nice to have the pills seemingly floating in the bottle, with the background fading into the distance.

Dr. Mario: Miracle Cure doesn’t do much to rock the boat that the series has built over the last couple of decades. This is both a good thing and a bad thing, as the game doesn’t ruin what fans have loved, but it also doesn’t offer much to bring them back either. Those who have been dying to get back into the series will enjoy Miracle Cure, but only if they plan to really put a lot of time into the multiplayer.