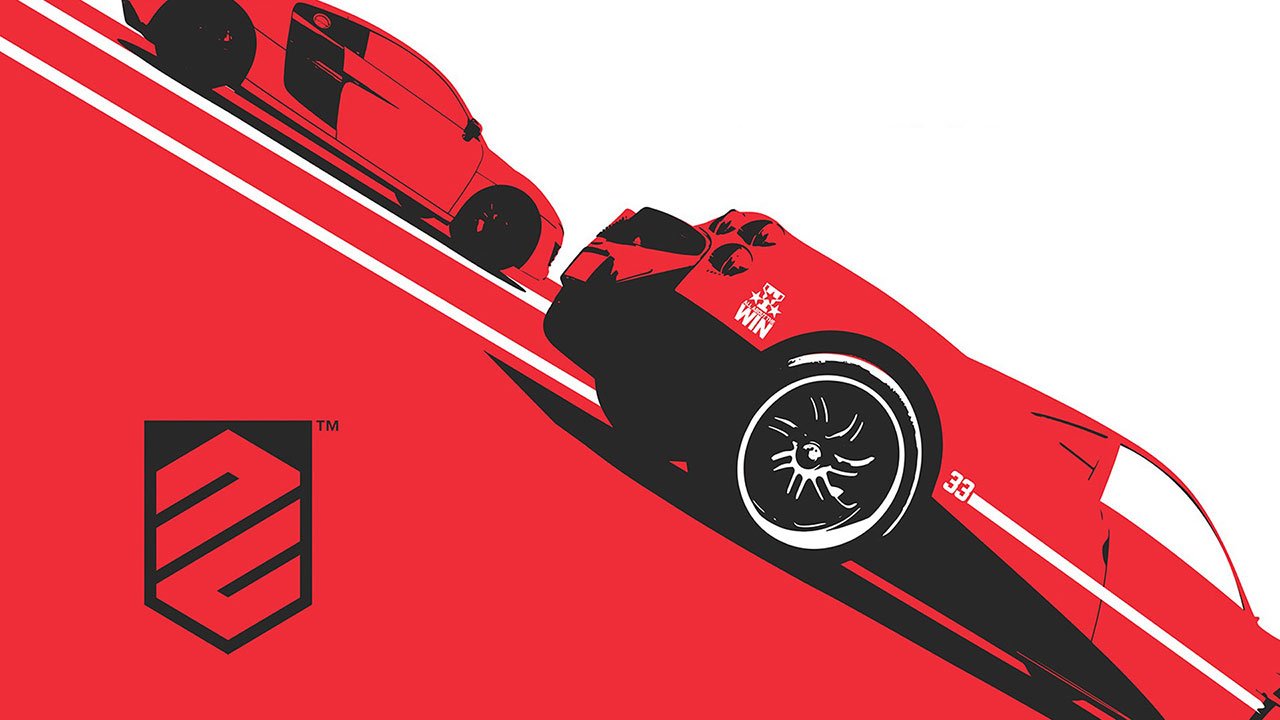 Nearing the one year mark of when Driveclub was originally scheduled to arrive on the PlayStation 4, one would assume that this first party exclusive racer would be jaw droppingly beautiful, or would offer something that we hadn’t seen or experienced before in terms of progression, online play, and connectivity.  That assumption is also easy to make with such a strong pedigree of first party racing games on the legacy PlayStation machines — the Gran Turismo series can be thanked for that. Driveclub is no Gran Turismo, and it doesn’t try to be.  It’s an arcade racer seemingly built with a very narrow focus on a very specific type of player.  That player wants to socially interact with others, and that player is the only one who Driveclub is worthwhile for.  Assumptions aside, we just hoped that the racer would do something, anything to set itself apart from the pack after its lengthy delay, unfortunately it did not.  What we got was a competent arcade racing game that plays it safe most of the time, failing to innovate in even the areas that it focuses most heavily on.

Competent is the key word here.  Driveclub is a pretty good arcade racer.  On the track it has a great sense of speed, and offers what can be, at times, an exhilarating driving experience.  Couple that white knuckle racing with a slew of challenges constantly streaming in from the Driveclub community, and you can have a pretty good time in just about any mode you choose to tackle.  Driveclub ticks all the boxes when it comes to modes.  It’s got a fairly lengthy single player Tour Mode, an online Multiplayer Mode, and a Single Event mode which can be used to test your skills on any track. Though none of the three really do anything unexpected or new.  Single player purists, or fans of driving simulators are likely going to leave disappointed.  Those looking for fun only in multiplayer, will likely be turned off by a lack in variety. Driveclub puts all its eggs in one basket, it banks on the fact that you are going to want to form a club with others online, and constantly tackle the challenges the game throws at you and your club mates.

Whether it’s the year that we’ve had to get adjusted to better looking games on new generation consoles, or whether Evolution turned the graphics dial down, Driveclub just isn’t as impressive as you may imagine.  It’s undoubtedly a good looking game, it’s just not the mind blowing visual feast that was anticipated, nor is it besting its competition handily on rival platforms, despite the PS4 having better raw specs. Sure, a lot of games are targeting 30fps on both the Xbox One and PlayStation 4, but even at the 30 frames that Driveclub hits, it’s not an overwhelmingly impressive visual experience.  Though there are plenty of moments of beauty in Driveclub.  The tracks are varied fictitious locales, and use impressive color palettes to switch things up. There’s almost no comparison to the day night switch in-race for a change of scenery.  It’s debatable as to which viewpoint is the best to race from, but Evolution has meticulously crafted the interiors of its limited car line-up, for impressive cockpit racing. Combine these detailed interiors with authentic sounds coming from each vehicle, which also have specific nuances in handling and performance, and Driveclub has some pretty immersive racing.  Though there are options for just about any taste.  You can turn the HUD off for a more realistic experience, turn on music if you wish, race from the first or third person, and switch between manual and automatic transmissions.

On the track, Driveclub is fun, as an arcade racer should be.  It’s a forgiving racing game that rarely penalizes you too harshly for poor driving.  This means that damage is cosmetic, has no impact on the car itself other than visually.  Cornerning and physics aren’t completely based in reality, cars feel grounded and more controllable than a simulation would likely result in.  The end product is a game that constantly has you pushing the pedal to the floor, pulling off completely unrealistic maneuvers, recovering from collisions that would render a car useless in the real world.  And that’s OK by arcade standards, it makes for a very fun game, with very tense races, that seldom see you making one glaring error that ruins your chance to win.

Actually, it’s not all about winning in Driveclub.  It’s about collecting Fame Points, completing challenges, and besting other players in the Driveclub community.  Winning will certainly bolster your point totals, but you’re always collecting points for something, regardless of if you are in first or last place.  This Fame system isn’t anything new.  Just about every racing game in the last ten years or so has done something similar, since Project Gotham Racing introduced the Kudos system. This evolution on it rewards you for just about everything skillful that you do, and penalizes you for the bad stuff.  Make a clean section, earn points.  Pass other vehicles cleanly, earn points.  Cut a corner or sideswipe a vehicle and you’ll get a point penalty.  Your driving skills are also tested in every race with varying challenges.  These pop-up in different locations for each race, and pit you against other Driveclub players in quick and dirty tests.  Can you keep your racing line longer than your opponent?  Can you attain a higher average speed in a tricky section?  In all modes, Driveclub constantly tests your ability to not only win, but win well.

The Tour Mode is Driveclub’s single player “campaign” and is structured in a familiar fashion to many racing games.  You’ll start in the lowly ranks of compact cars and work your way up to some extremely exotic vehicles.  Being an arcade racer the lower level cars just aren’t that much fun to drive, fortunately, progression is fast.  Tour Mode’s higher level races are unlocked by earning stars in each event.  You’ll almost always be tasked with finishing within the top 3, at least. Then, you’ll also have other objectives to complete to earn more stars, these are challenges issued by the Driveclub team.  They include top speed challenges, scored cornering, drifting challenges and others.  These challenges are essentially the pillars which Driveclub is built upon,  as even if they aren’t a primary objective, each race will feature the aforementioned challenges to best other racers in the Driveclub community and bolster your Fame score.  They most certainly take some of the monotony away from racing through single player, where other games will just have you looking to make the podium.  Beating these other Driveclub players in track segment challenges helps you level up, unlock cars, and custom skins. Tour Mode throws a variety of race types and objectives into each class — there are hot lap challenges, standard races, point to point events, drifting challenges, specific car challenges, and championship events which require you to perform well in a circuit of races.

Multiplayer in Driveclub is a more vanilla experience than most.  Variety seems to be lacking, and the mode just doesn’t really offer anything interesting to keep you coming back.  There’s just nothing differentiating this mode from other racers, eventhough Evolution implements a unique system of multiplayer matchmaking which allows players to register for upcoming events.  These events can be for specific cars or car classes, team based affairs, sprint races, and other modifications that really don’t deviate from center all that much.  It’s straight up racing in Driveclub multiplayer, and that’s a bit disappointing.  Well, the intent is straight up racing.  What usually ensues is something more akin to destruction derby.  Evolution attempts to curb this type of unfair play in a number of ways but it’s to no avail.  Theoretically, according to the rules in place by Evolution, a penalty is imposed on drivers who wreck into others or cut corners frivolously.  It doesn’t really work all that well.  Like other online racers, the winners in Driveclub multiplayer are usually the guys who carefully avoid the pack, or get lucky in the first turn pile up.  All the same hooks from single player are integrated into multiplayer.  You’re still earning Fame points.  You can still complete challenges against other drivers, if you can navigate the riff raff. Unfortunately there’s just not more to multiplayer in Driveclub.  While it’s not bad, it’s just more of what we’ve seen plenty of. 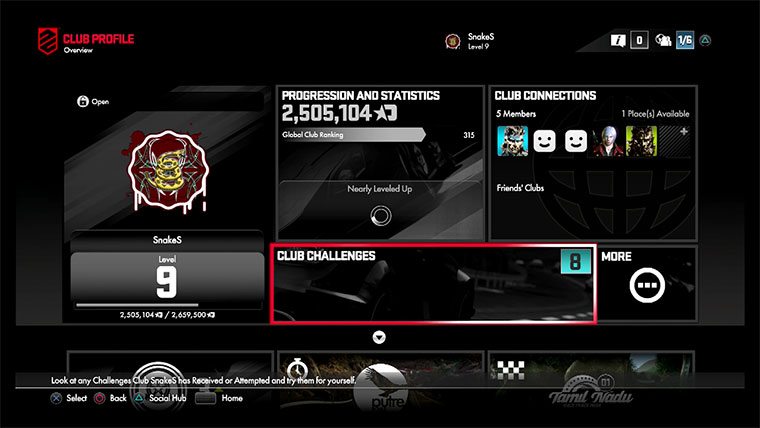 That’s the prevailing theme in this game.  It’s more of what we’ve already seen plenty of.  So the game changer should be Driveclub’s Clubs, right?  It’s not.  The Club aspects of Driveclub offer very little for teammates to actually accomplish outside of earning a few of the unlockable cars in the game.  Sure, you can issue challenges to other clubs and see who comes out on top, but it feels like more of a novelty than something the game was actually built around.   There are very few rewards other than being at the top of a leaderboard for the members of these clubs, and racing for pride only goes so far.  Clubs can take on challenges from other clubs, these essentially being that one of your club members needs to beat a specific best time of another club, with a specific car on a specific track.  Clubs can also issue challenges, and create challenges from the Event History of its members.  Had a great race in Tour Mode, Multiplayer, or Single Events?  You can issue that challenge to the Driveclub community.  There’s plenty of discoverability to take on new challenges, and each member can go out and leave his/her mark and help boost the club’s global ranking, and level.  With very few rewards to distinguish the very best clubs of Driveclub, it’s hard to tell if players will flock to this mode in the way that Evolution hopes. But that’s what the game is built around, a fairly flimsy group progression system that banks on players to race for pride.

Driveclub is a solid rubber to the road racer, it’s just that the features that support the actual gameplay are a little lacking, if not derivative of other games in this genre.  Seemingly content with being average in the modes on offer and club features, Driveclub is a bit of a letdown.  The game fits a very specific niche, for a very specific player.  The good news is, that everyone with a PS Plus account will be able to try before they upgrade.