The latest news in the world of video games at Attack of the Fanboy
June 22nd, 2017 by Bill Hess 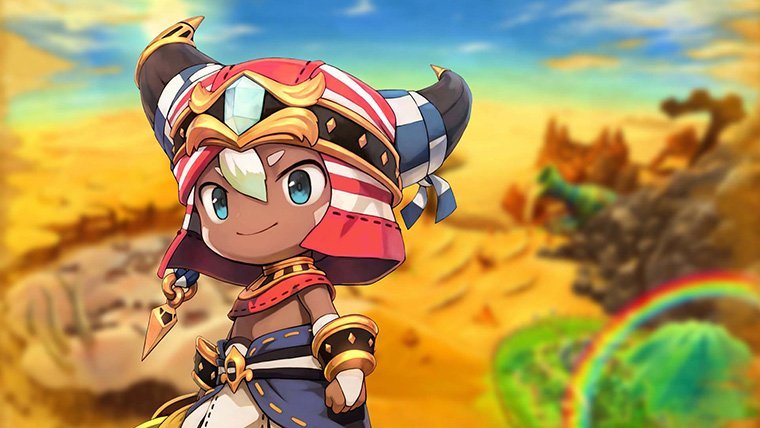 When you think about some of the most popular action role playing games of all time, one series comes to mind — The Mana series. A series of games which started in the early 90’s, most with Koichi Ishii on board for development in a variety of roles. There’s a long list of beloved titles under his belt — Secret of Mana, Legend of Mana, Sword of Mana, the list goes on and on. In 2007 the Japanese developer formed Grezzo, a studio that’s been working on a number of high profile titles for the Nintendo 3DS.

There’s no doubt if you own a 3DS and played any of the excellent remakes of the old Zelda games on the handheld you’ve played their work. Ishii and Grezzo’s latest is a brand new IP for the Nintendo 3DS called Ever Oasis, and it offers a unique twist on the action-RPG. Ever Oasis offers players not only the dungeon crawling and real time battling that they come to expect from the developer, but a whole host of new features in the form of management systems and crafting that make this an excellent role-playing title for the 3DS handheld offering both accessibility and depth. 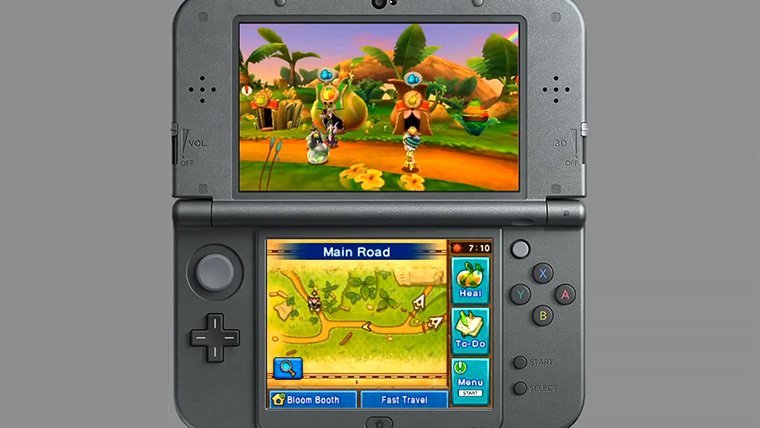 Ever Oasis tells the story of a seedling boy named Tethu (but you can name them whatever you want or make them female if you wish) who has the powers to create an oasis in the middle of a wasteland full of chaos. This chaos has separated him from his brother, and it destroys everything in its path. Tethu must form a new oasis, in doing so he’ll find that the job isn’t quite as easy as it sounds. He’ll need to cultivate this oasis by planting seeds and growing plants, fostering commerce in his thriving city, and growing the population and strength of the oasis by adding new members to it as they are introduced throughout the game. Ultimately, he’ll partner with these citizens to venture out into the harsh world outside of the oasis where monsters and chaos lurk, looking to gather crystals that banish the dark forces that are bent on destroying the world he’s created.

From a gameplay standpoint, Ever Oasis is a very unique game.  This is not simply a straight-forward action-RPG in the vein of Zelda or the Mana games as there is significant depth to it in a number of different facets.  The game features heavy management systems as you are the Chief of an oasis and responsible for its well-being.  You’re tasked with building shops for the inhabitants of your community to run.  Your job isn’t simply to build these shops for the inhabitants of your oasis, but to keep them supplied with goods to sell as well.  You’re planting, harvesting, and crafting materials to do so.  In return, these shopkeepers pay you in currency that can be used to upgrade the oasis, your equipment, and a host of other upgradeable features of your city.  Build the right shops and new characters will venture into your community, looking to stay, contribute and help you grow.   In a lot of ways, Ever Oasis feels as much of a management or city simulator as it does an RPG. 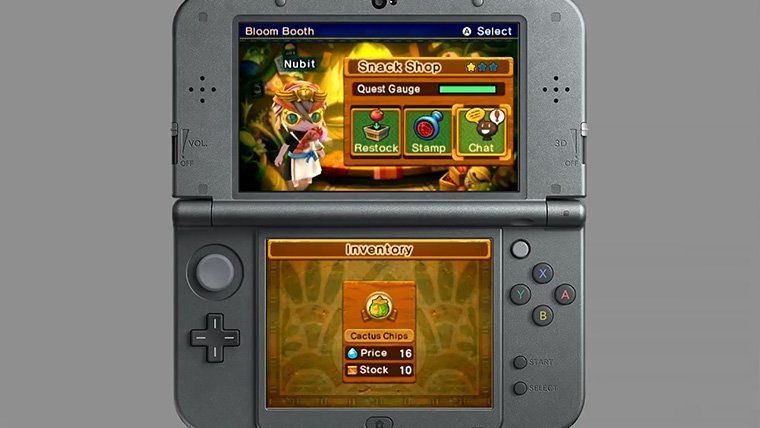 As your oasis thrives, you’ll meet new characters with different abilities that allow you to venture into new parts of the world that you’d previously been unable to explore. You can certainly say that the game has some metroidvania qualities in this regard, but it feels like much more than that.  You’ll be able to team up with these new characters, take them on adventures with you or send them out on adventures of their own.  All the while collecting items to continually improve the quality of life at the oasis and bring new potential citizens to call it their home.

The game works on a system of days and nights where each new day brings new challenges for you to take on.  Whether that be tackling a side quest, venturing into a hieroglyph dungeon, or treading down the main path of the story… Ever Oasis has an incredible amount of things to do within it.  You can go exploring on your own, send hunting parties out to level up and bring home materials for your village, or tend to the many other things that go into running your city, like planting crops or harvesting and distributing supplies to your townsfolk.  Fail to keep up with these systems and the money stops rolling in.  New visitors stop coming to the town, and the deep pocketed Noots will stop spending their cash in your stores. 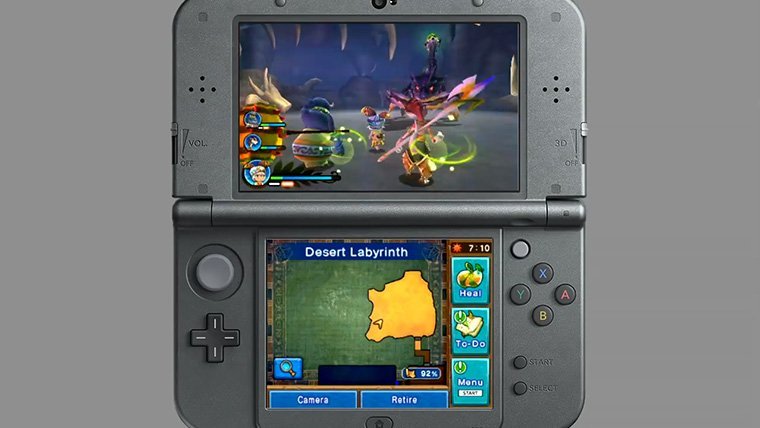 These aspects are almost enough to make a full game around them, but what makes Ever Oasis so good is that it’s also an incredibly competent action-RPG.  Don’t let the whimsical nature of the game fool you.  There are dungeons chocked full of puzzles and deadly enemies, with the combat itself being quite good.  A system that includes light and heavy attacks, lock-on targeting, a roll mechanic, and numerous ways to buff/heal you or your party for a battle give it the feel of a more hardcore action-RPGs in some respects.  Battling through dungeons will culminate in boss battles that are no pushovers.  And for those looking for an even greater challenge, Hieroglyph dungeons can be tackled at numerous difficulties for those looking for greater rewards.

Those rewards come in the way of upgrades for your character in terms of weapons and items that can be equipped to bolster your stats.  While you can certainly go out and venture the world on your own, a lot of Ever Oasis is played with a party of three characters from your pool of citizens.  Each have unique abilities and can be stronger or weaker against certain types of enemies.  Playing as a group you can switch between the three party members on the fly, utlizing their strengths as needed.  When it comes to puzzles, there are often times where you’ll need to be switching back and forth between characters to take advantage of their unique abilities to solve puzzles and progress.  The exploration and combat systems found in the game’s dungeons are equally well done pairing perfectly with the management aspects to form a cohesive experience. 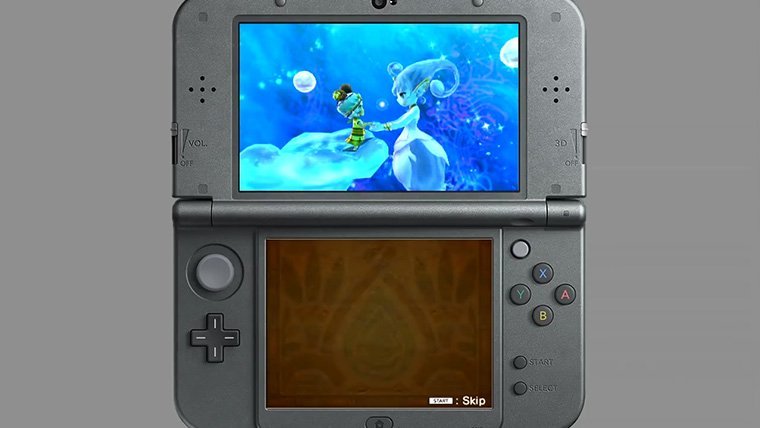 Tying together these great gameplay systems is a very consistent presentation in Ever Oasis.  Mood setting music for whether you’re wandering about your oasis and performing the more mundane tasks or deep in a dungeon in the midst of a battle, the game sounds great.  The art design is equally well done.  The bustling oasis you’ve built with so many various factions of townsfolk make the game come alive alongside a day night cycle that make it feel like a living breathing location.  While the many different enemy types that you’ll encounter across the dungeons and wide expanses of the game are equally diverse and delightful .  There are a handful of alluring cutscenes in the game as well that push forward the narrative or mark progress points for the game which bring this all together into one beautiful experience that sticks to the thematic nature of being the last oasis in the desert wasteland.

Putting all these things together on the 3DS handheld is a great fit. Ever Oasis feels more robust than most games on the device, yet still perfect for short bursts.  Regardless of how much time you have to drop in, Ever Oasis allows you to set out on lengthy dungeon crawls or just perform maintenence routines if you like.  While it’s not quite the compulsive addiction that a game like Animal Crossing is, it strikes a nice balance between managment simulator and action gameplay.  Seemingly taking everything they’ve learned over the course of decades of making similar games, Grezzo and Koichi Ishii have made one of their deepest and best looking portable action role playing games to date.

Ever Oasis is a perfect blend of management simulator and action-RPG.  Despite being on a handheld, this deep RPG’s stylish presentation and many gameplay systems come together in a way that few games do.