The latest news in the world of video games at Attack of the Fanboy
October 24th, 2010 by William Schwartz 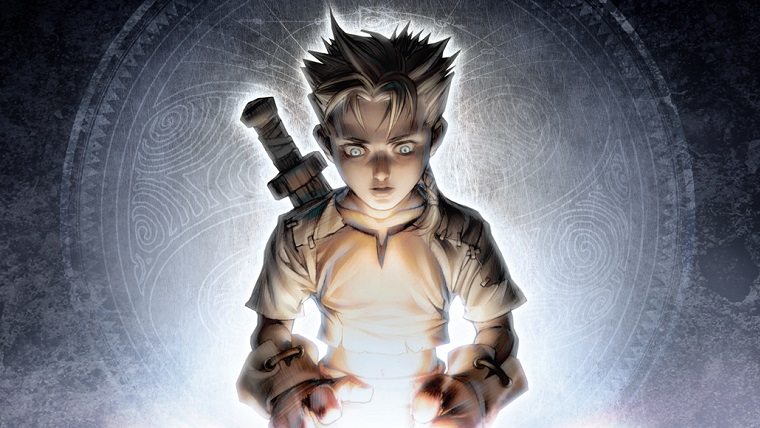 Five decades have passed since the events of Fable II, and Albion has matured into an industrial revolution, but the fate of the kingdom is at peril. In Fable III, you will be called upon to rally and fight alongside your people, ascend to the seat of power, and experience the true meaning of love and loss. The choices and sacrifices you make while fanning the flames of revolution, and then as you rule as King or Queen or Albion, will lead to an ever evolving world of consequences that will be felt across your entire land. This sets the stage for unparalleled action and adventure that offers even more ways to fight and engage than ever before. Throughout your journey, you will encounter a colorful cast of characters that fans have come to expect from the off-beat style and humor in the Fable games. After determining whether these characters are your friends or foes, you will either join them or fight against them in explosive combat, alone or with a friend on Xbox LIVE®*. In your quest to plant the seeds of revolution, seize power and rule over your kingdom, the choices you make will change the world around you,for the greater good or your own personal gain. Who will you become? A rebel without a cause, the tyrant you rebelled against, or the greatest ruler to ever live? [Microsoft Games Studios]

If one thing has definitely changed from Fable II to Fable III aside from Peter Molyneux’s lack of grand promises, it’s that Fable III is a much more stream lined affair.  Still almost confusing in it’s simplicity, all of your character’s weapons, items, maps, clothes and more, are controlled from a secret chamber that you will find early on during the tutorial portion of the game.  It’s all interactive, your servant will assist you whenever you return to the Sanctuary.  It is where you will keep track of your inventories, maps, and quests.  Think of it as a really beefed up start menu.  A living breathing start menu that I really liked alot.  It seemed to make things much easier and understandable and being that this was one of the issues that the development team was tackling, it seems that they nailed it. 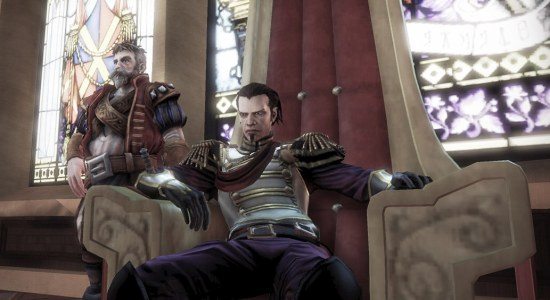 The game is also laid out for you in an easy to understand Road to Rule.  The Road to Rule is basically a series of gates which shows you how much progress you are making in leading a revolution.  It will display the followers that you have picked up along the way, and since the objective in Fable III is clearly laid out as overthrowing your brother the tyrant king, the more followers you pick up the more gates you open.  With each gate you can also spend guild seals, these seals are earned when killing enemies.  The seals open treasure chests and purchasable items which include things like: Melee Damage levels, Ranged Weapon Damage Level, Magic Levels, Spells, and traits which will open more things for you to do and see in Albion.

The Sanctuary’s map feature will allow quick travel to many locations as well as zooming into a town and finding a location you are searching for.  If you are looking for properties to purchase you can do this from the map as well making it much easier to examine suitable business or homes to purchase.

It really is a different take on the game and it’s somewhat refreshing to have all of these things basically as what you would consider your traditional start menu.  I have never seen anything like it in any other game, it was a truly innovative and unsuspected twist.

Aside from the easily identifiable changes made to the ways that you interact and manage your quest to overthrow the king, alot of the things that Fable fans identify with are gone as well.  The classic weapon system that both previous games had is gone.  Many weapons in your quest have specific leveling objectives that will make them more powerful if completed.  And many of the things that distinguished Fable from other games, like the buying of properties, interacting with townsfolk, and earning gold now have more explicit impact on making your way towards your ultimate goal. Talking with townspeople will gain followers which are necessary to complete your ultimate goals, so farting on the wrong person could hurt you this time around.  Buying properties or businesses will help you earn the cash needed to mount your revolt, and make no mistake you will need it.

Ultimately, Fable III feels more thought out in a lot of respects.  Actions that can be performed seem like they aren’t just tacked on for good measure and it feels like a more cohesive experience because of it. The one button combat system of Fable II returns.  If you were hoping for something a little more skill based or strategic please look elsewhere.  Button mashing through droves of enemies and the monotonous tone of the combat reveals itself early on in the game, and persists throughout.  It’s almost overly simplistic.  I suppose it’s an attempt by Lionhead to keep the casual gamer engrossed and not to up the difficulty too much, but for me it all seems a bit childish.  I mean I appreciate a good challenge and Fable III is not a challenging game.  The sprinkle of gold dust that leads you to every objective limits much of the exploration that you might do otherwise.  The hand holding combat system is almost an insult to most gamer I.Q.’s, even your dog will bark orders to let you know you if missed something.  It all really takes most if not all of the challenge out of the game and some of the fun.

Fable III is an ok looking game at best.  For a console exclusive it’s actually a little bit disappointing.  It lacks alot of the shine and brilliance that other games have both on the Xbox 360 and other consoles like the PS3 and dare I say Wii.  It definitely doesn’t tread any new ground in the graphics department and while it’s not Fallout New Vegas bad, it’s pretty ugly when compared to many other games released this year and even last. Perhaps it’s a sign that the tech in the Xbox 360 is beginning to reach it’s upper bands.  I can’t see any other reason that a console exclusive that is two years since it’s last release looks roughly identical to it’s predecessor.

Fable III has some great and redeeming qualities.  Molyneux and the development team at Lionhead really appear to have taken an introspective about their franchise and changed alot of the bad things from Fable II that made it pretty confusing.  Streamlining the processes and gameplay wasn’t quite enough to get the nod from me though, because there were just too many times where I was bored to tears in this game.  For a game that is 50% combat %25 exploration and %25 decision making ,it only excels in %25 of it’s areas.  Many games can get away with monotony by sliding in jaw dropping visuals that act as a sort of sleight of hand but Fable III doesn’t do this either.  So so graphics and repetitive gameplay really killed the fun factor for me at least.