The latest news in the world of video games at Attack of the Fanboy
September 10th, 2014 by Anthony Decicco 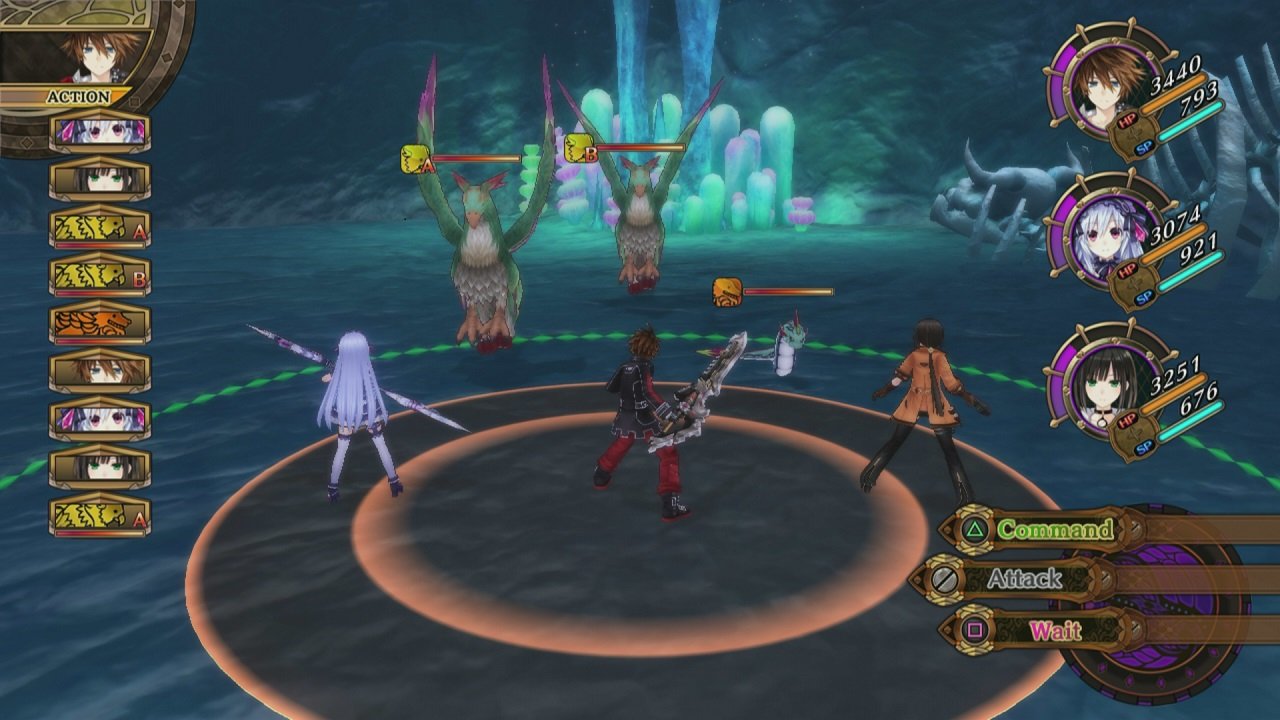 Fairy Fencer F manages to take elements from various RPGs and implement them in its own unique way. It also includes big name development staff including Yoshitaka Amano whom has done artwork for just about every single Final Fantasy title, and Nobuo Uematsu also known for his work in the Final Fantasy series. Given the staff it would seem that Fairy Fencer F is set for greatness. Does it live up to the hype or does it fall short of its pedigree?

In Fairy Fencer F players take the role of Fang a headstrong and honest young man, who for reasons unknown, decided to pull out a sword from the ground that has been stuck there for centuries unleashing the Fairy inside it. The Fairy, Eryn, guides Fang and convinces him to help her unleash the one-hundred (100) other fairies that lay dormant inside furies (weapons of incredible power usually protected by monsters) which are known to inhabit the area. She calls him a ‘Fencer’, one who is able to wield the power of these furies. Her ultimate goal is the help unleash a Goddess to protect the land. The story is rather intriguing for a new IP and pushed forward with in-game cutscenes or animated speech boxed scenes, which include animation done to the artwork. 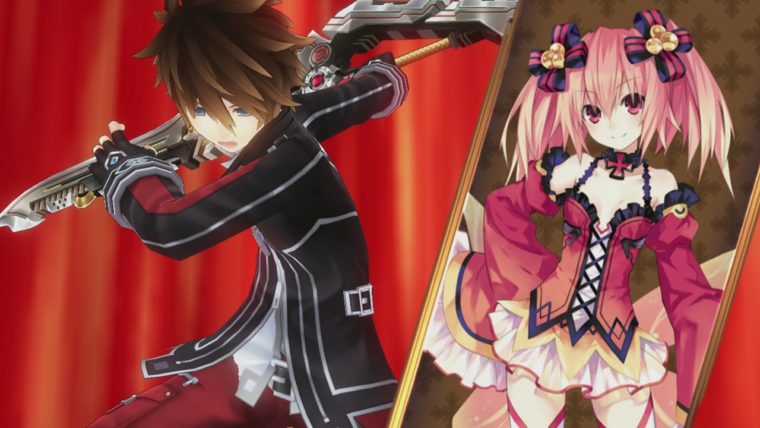 The battle system can be overly complicated with a lot of variables offered to the player, but thankfully, are introduced slowly to ease the pacing. The combat system combines turned based fighting with free flowing movement until the player decides to make a move, be it waiting, attacking, or using an item. As players battle they raise or lower a tension gauge in the top right corner of the HUD. Raising it can be caused by successful critical hits and successful attacks. A high gauge is beneficial as it can cause more damage to the enemies.  Lowering of the gauge can be caused by missed hits, and a low gauge is negative as it takes away attack power from the player. Once the gauge hits a certain point and turns to green, the player can transform using their fury/fairy and combine with it into Fairize mode, which allows the player to do special attacks, and powerful normal attacks. This lasts until either the gauge depletes or the player chooses to return to normal mode. Special Fairize attacks, magic attacks and special moves take away skill points from the player. Waiting is also a viable option during battle as it raises the players defense and is useful if the enemy is further away from the player character than they can attack.

Avalanche attacks are attacks that are combo attacks which involve more than one member of your party, usually whomever is close or in the vicinity. It is triggered when an enemy is weak to a specific type of attack and is quite random. When it does occur it will allow you to chain several attacks from your party members to do a great amount of damage using only one turn against the enemy. Particularly effective if you can find a weakness on a boss and capitalize. 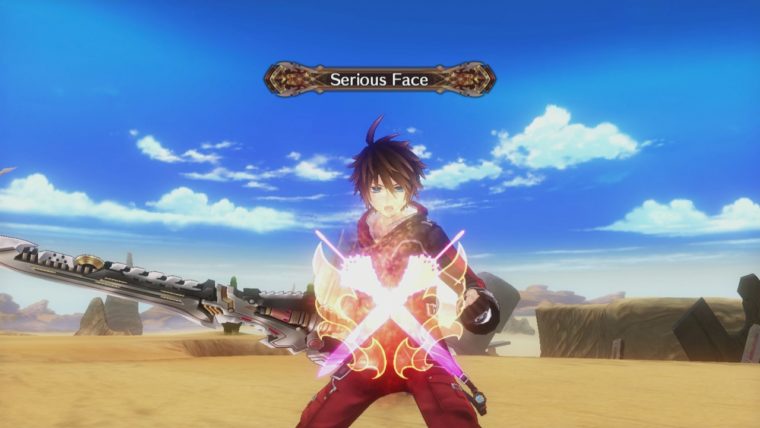 Each character also has a special attack they can perform in their menu other than to Fairize. Fang has the ability to activate ‘serious face’, which adds a 1.5 multiplier to his attack but has normal attacks use 30 SP. Tiara can turn ‘barrier’ on or off the same way which greatly increases her defensive power and is useful when the enemy is about to do a massive attack. As you progress complains who join your group will have similar special attacks. They simple add another nuance to the battlefield.

As the game progresses players will come across more fairies and furies. Players are able to wield at least three different kinds of furies each and as they use each fury they are able to level the weapon up based upon weapon boost points accumulated through battle. In the menu players are able to upgrade the weapon and unlock combos, skills and abilities of the fury. Each player can also resonate with another fairy to garner their abilities and certain skills. As they unlock more combo tiers via weapon boost they will unlock the other weapons associated with their character, the combos can stack. For instance if you have a fully combo boosted character, your attack can go from a sword, to an axe and to a glaive all in one combo. 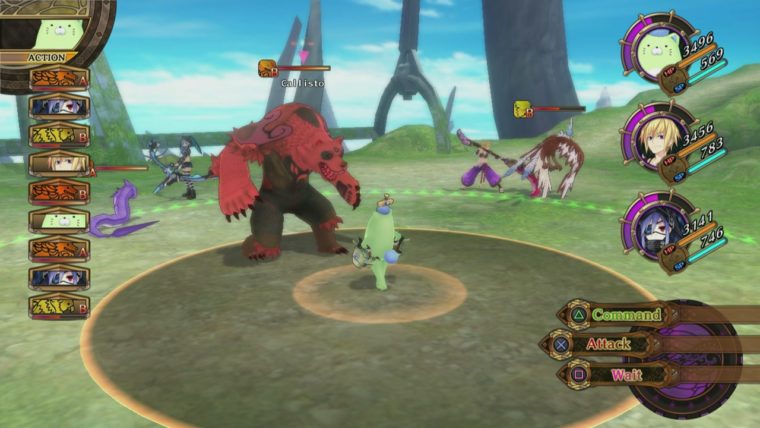 As you gain more fairies/furies it is smart to use them in Godly Revival back at the inn. This is where the player has the choice to either pull a sword from either the Goddess or the Vile God, essentially choosing to free good or evil. Once they choose a fairy which is only able to unlock a sword that is of their rank, either S, A, B, or C rank, they have to fight a battle to unlock the swords power which is then combined with the fairy they chose to use. Using these fairies imbued with god-like power on the world map unlocks new areas as you progress in what is referred to as ‘world shaping’. This enables players to stab locations on the map with fairies they are not using and have additional attributes in that area, such as increased experience gain, increased attack, money drop and so on. However, each positive aspect also comes with a negative such as lowered defenses, lowered magic power and so on. It is a unique aspect of the game but is completely up to the player since it can make the game more difficult. Once they unlock an area via world shaping, they can just take the sword out of the area and still enter it without any penalties or shaping benefits.

Following the main story will likely be your priority but there are a ton of sub-events to participate in such as conversations, or side-quests from the local pub owner who acts as the guild to accept and report completed quests. There are also people to talk to within the city who can even offer side-stories via information for a price. These usually lead to powerful boss encounters in areas you may have already completed but end up having the reward of a Fury. 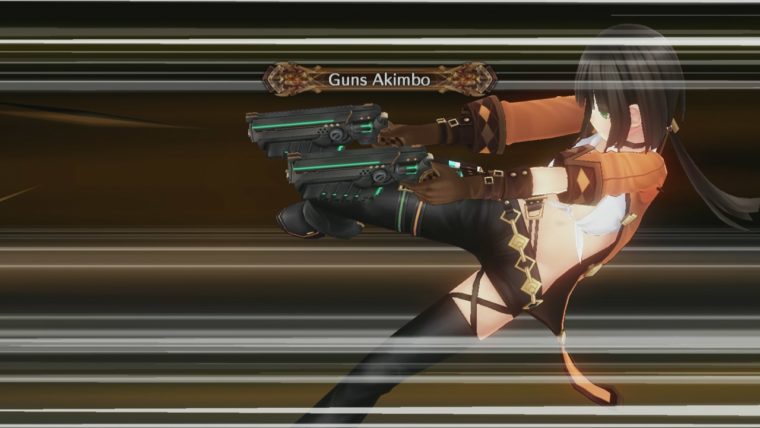 Synthesis is also a unique component that can be done within the city at the shop. It grants you the ability to create your own items from various found or dropped items from enemies, and the world as long as you have the ingredients and a recipe. You can purchase the recipes inside the shop. This also offers another way to garner cash as you can create items and sell them back to the shop for a profit. Each character also has challenges that they can complete and that can be viewed in the menu. Challanges vary from controlling the character as your leader for a set amount of time, to jumping and even coming out of battles without being damaged. Each challenge completed, garners a permanent reward to that characters stats, so it is smart to continuously attempt to complete these challenges, although many of them you will complete through normal play.

Fairy Fencer F can be a confusing and complicated RPG at times but in the end it is a title that does well to introduce players to a whole new world and it is quite fun. The battle system takes time to get used to but once you do it is quite fun. The atmosphere is unique in every area and the music is a wonderful compliment from a wonderful composer. The added inclusion of both Japanese and English voice work is a welcomed plus. Fairy Fencer F may not be for everyone but for those who are open to try new experiences it may tick a box for enjoyment in some. Hopefully the franchise will continue to grow and evolve with the sequel releasing on Playstation 4.