The latest news in the world of video games at Attack of the Fanboy
December 8th, 2015 by Dean James 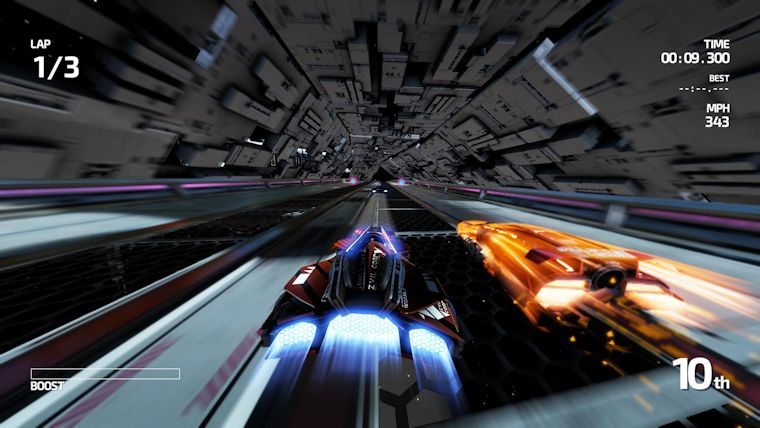 The racing genre has easily one of the most diverse libraries of games to choose from that include realistic racers like Forza and the arcade style of Mario Kart. While the futuristic racing genre has not received as much love in recent years, with the lack of games like F-Zero and Wipeout, Shin’en Multimedia is ready to go back to the future with the high intensity FAST Racing Neo.

Coming on the often criticized power wise Wii U, FAST Racing Neo takes advantage of everything it can graphically. Spanning a lot of different locations, the visuals here are downright beautiful in action. While this game may not have quite the level of detail as one where customizing the car is as important as the racing, everything looks fantastic at the high speeds you will be racing at throughout.

One of the most important elements of any racing game is the level of performance, which is very impressive here. Running at 720p and 60fps, FAST Racing Neo is able to maintain its insane speeds without noticeable slowdown. This is very impressive with the respectable sized stages and speeds at which you will be driving.

These stages found within the game span a lot of different locations, such as cities, space stations, jungles, and deserts. The graphical design of these include those with a sort of dingy and dark metropolis look to them, while others are lush and colorful, with each standing out in their own ways. Some of the stages are made even better with weather effects added in, such as the rain in Storm Coast and the snow in Alpine Trust. Even though it is not a dynamic weather system across various stages, it looks great in the stages that it is included.

Level design may be important, but nothing is more vital in any racing game than the actual gameplay. While FAST Racing Neo takes a lot of what made futuristic racers great in the past, Shin’en Multimedia also manages to add their own little touch. Players start off by choosing between vehicles that are judged upon speed, acceleration, and weight. These actually do feel rather different in action, as certain vehicles will be harder to handle, but in turn provide much faster speeds. With the range of stages in the game, there are definitely vehicles that are better suited for one track versus another.

Able to maintain its insane speeds without noticeable slowdown

The core gameplay in FAST Racing Neo is exactly what you would expect from a racer, with buttons for acceleration, braking, and the ability to lean left or right. However, Shin’en Multimedia throws a little wrench in the formula by adding in a phase system that is necessary to win races.

Each vehicle has two phases, one blue and one orange, which can be easily switched back and forth between by the press of a button. Throughout each stage there are a number of different areas that utilize these phases, such as boost strips and jump pads. These areas will be one of the two colors, with you needing to switch to that specific color to get the boost. If you run over one of the strips with the wrong phase chosen, it will slow you down immensely as well.

Beyond this method of obtaining a boost in a race, there are also orbs that can be collected that fill up your boost meter. This is necessary to compete in these races, as FAST Racing Neo has a very steep difficulty curve. Even on the novice setting, no race will ever be easy or a runaway due to what feels like rubberband AI at times, which is impossible to prepare for due to the lack of an in-race map. 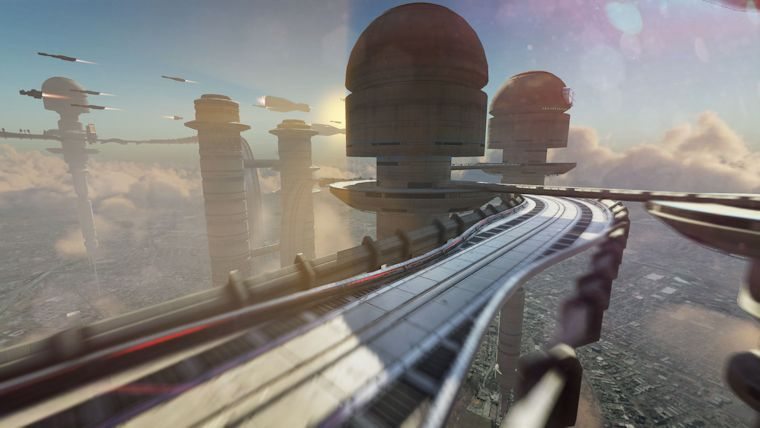 This type of game, where anybody can creep up on you at any point and take the lead, could really use some sort of map to show if there is anyone close in these very tight races. This would be especially helpful so you could know whether to save you boost to temporarily stun a close opponent or not. The game also could have used some sort of Wii U GamePad integration with the map, rather than the basic mirrored screen that is used.

FAST Racing Neo provides gamers with a few different game modes to play, though most are just variations of the others. Championship mode provides you a few difficulties and cups, each made up of individual tracks, with the goal of finishing at least third in each cup to advance. At the very start, you can’t even play any other cups besides the Cobalt Cup, so a lot of the game is locked away until you play more in this mode.

For those that may want to jump in on any track quicker, Time Attack is the better option as you race against the developer’s time on each of the game’s 16 tracks. The only downside here is that only vehicles unlocked through Championship mode are usable here.

Both Championship and Time Attack mode may be hard on their own, but the difficulty is taken to new heights with the unlockable Hero Mode. This is the mode that feels the most like F-Zero, as you take on mirrored tracks that you already know with a few stipulations. The boost meter is now also a shield meter that will end the race if depleted, adding a level of strategy to the game. In addition, you cannot crash at all and every race is on the highest difficulty.

While FAST Racing Neo can certainly be enjoyed in the single player modes, multiplayer can be even more fun, like with most racers. This allows you to play with up to three friends locally in races that are able to go as many as five laps. However, this mode is severely limited for anybody that has just downloaded the game and is playing with friends for the first time. Instead, the single player modes must be played to unlock further content, which can be quite a task. 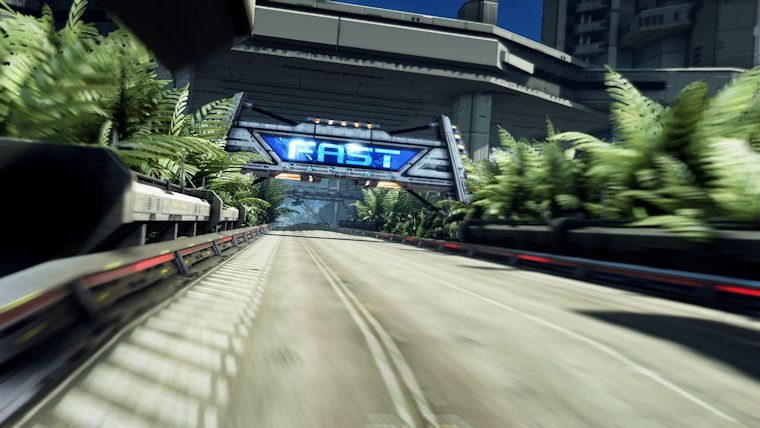 For those that would prefer to play against others beyond the couch, FAST Racing Neo comes equipped with an online multiplayer mode. Just like most of the game itself, this is pretty simplistic at its core, with the ability to race against friends or anyone online. From there, the game matches you up with seven other players, with each player given the option to vote on one of three maps. This mode works well, but it would have been nice to have had some depth to it in some way, even if just something like leaderboards.

The Wii U already has one of the best racers of this generation and now it has yet another with FAST Racing Neo. Taking notes from other futuristic racers, the gameplay is rather simple, while still feeling unique with the phase system. Though the steep difficulty may make it less accessible to some gamers, FAST Racing Neo looks fantastic and performs very well in action, making this one game to not let race past you.