The latest news in the world of video games at Attack of the Fanboy
February 17th, 2016 by Dean James 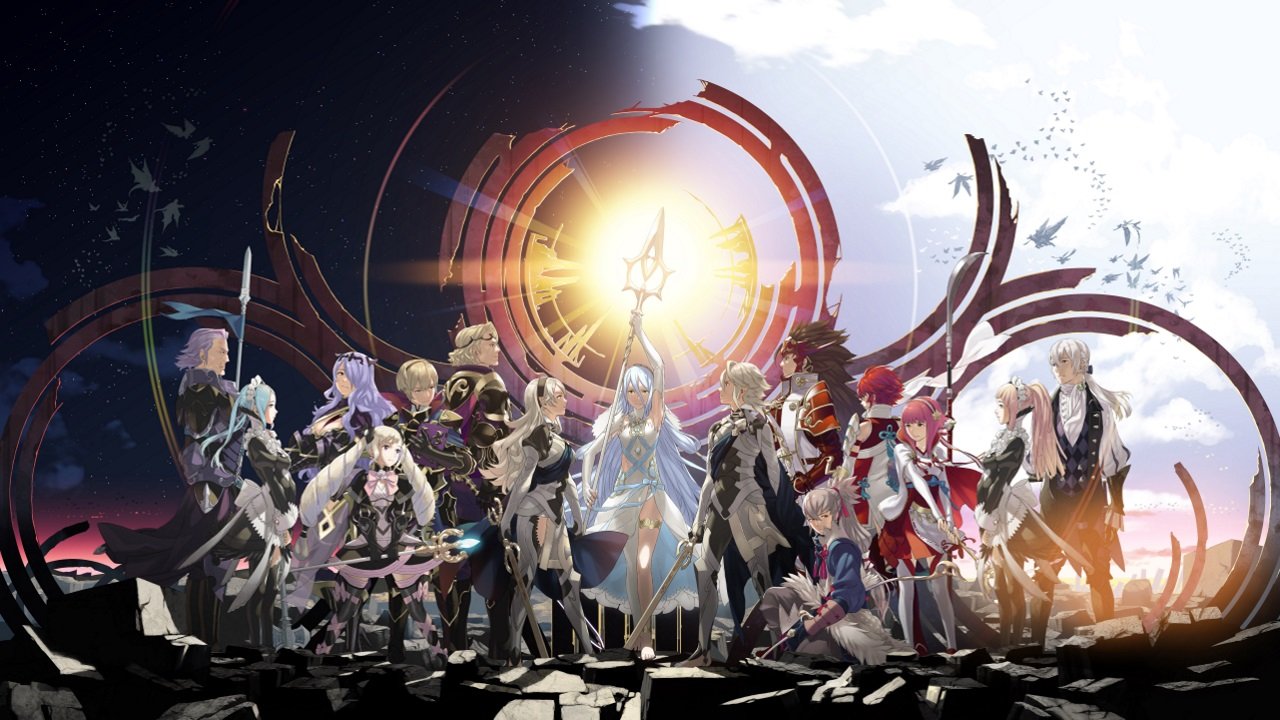 The Fire Emblem franchise may seem relatively recent for Western audiences, but it actually is one of Nintendo’s oldest in Japan. Once a more niche series, Fire Emblem Awakening really pushed Intelligent System’s strategy series to new heights on the 3DS, which they are looking to take even further with the expansive three part saga Fire Emblem Fates.

Fire Emblem Fates utilizes a very different approach to past entries, offering mostly distinct experiences across three games, Birthright, Conquest, and Revelation. Birthright and Conquest will be available for purchase both physically and digitally, with the third being DLC only. However, unlike a series such as Pokemon, the three versions offer completely different perspectives on the same setting, a war that plagues the kingdoms of Nohr and Hoshido.

Regardless of which version you start with, the first six chapters are the exact same. The respective games start by allowing the player to create their own avatar, which is pretty limited. You can choose options like gender and hair style, but you must not expect too much more than that. With the mix of in-game character models and the anime style representations, the characters look great with their design, which helps to make up for the lack of variety in customization.

After the first six chapters, the story branches off depending on the version that you are playing, with Birthright featuring you choosing the Hoshidan side of the conflict and Conquest the Nohr side. Those lucky enough to get the Special Edition will actually get to make an in-game choice at this point, rather than it being automatic. 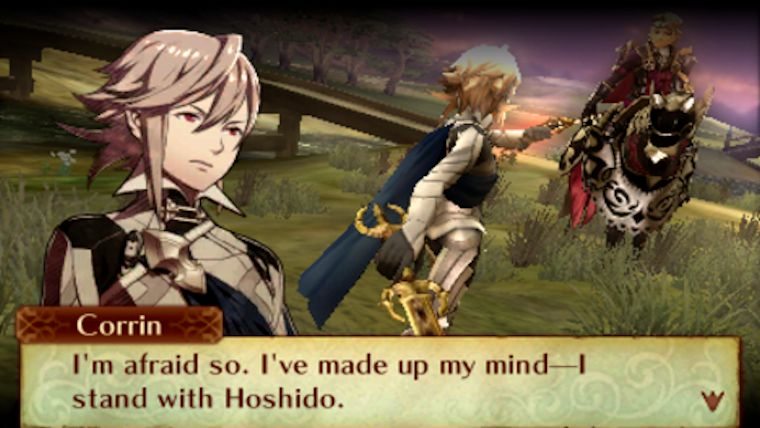 The two stories are completely distinct from one another, with each side featuring their own set of characters that will fight with you, along with some who end up showing up in both. While these two versions remain different, there are still some elements that pop up in both that relates them to one another, which helps to tie them together very well.

The third part, Revelation, takes the neutral approach by having your created character choose neither side, with hopes of ending the war peacefully. This is certainly a unique take on the situation that brings entirely different plotlines into the mix, while also feeling like the definitive experience in some ways. Intelligent Systems undoubtedly did a fantastic job at creating three games for Fire Emblem Fates that all deserve to be played from a story perspective.

Across all three games, Fire Emblem Fates provides a very satisfying narrative that focuses around your created avatar. This is largely driven by the immense roster of characters and their interactions with one another. Not only can your character build relationships with others in the game, but the rest of the characters also have their own little stories that are fleshed out in portions of dialogue, both in and out of battle. While the overarching story and characters mostly feel natural, there are still some moments that can feel a little forced in how it introduces some of the same characters in all three stories.

The story found throughout the trio of games revolves around the aforementioned conflict, which consistently leads to the various battles you must take part in. Each one starts by allowing you to choose the units you wish to deploy for that mission, with a wide range of different characters and classes to choose from. The combat system itself is turn-based, with each character having the ability to move a certain number of spaces. Upon reaching this space, you will have a number of choices, varying upon the position on the map. Attacking is pretty straightforward, with strategic placement of nearby allies playing a major part in your success most of the time. There is also the ability to have two characters pair up to do more damage, while also shielding one of their health bars. 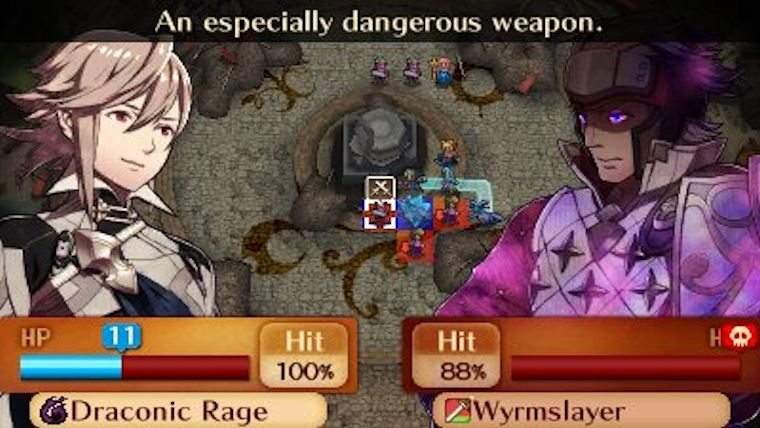 There are also a number of different places on the map that certain character types can interact with the environment, such as the new Dragon Vein. A good majority of these will be reoccuring Dragon Veins, such as placing of healing zones on the map. This comes into play on maps where healing characters are very limited, especially in Revelation. Some maps even include unique twists with the Dragon Veins, which makes some of the others feel a little dull, leading to the feeling that they should have implemented them in innovative ways throughout.

The ability to craft your own lineup before each battle is an excellent feature, as you must coordinate a strategy very carefully to best prepare for each conflict. Certain classes like the Falcon Knight for example have incredible range, including being able to fly over obstacles, such as water, while an Archer can attack from a couple spaces away without sustaining damage. The more you level up, the more skills you will unlock, with Fire Emblem Fates boasting the largest array of skills in the series’ history. The different classes add an impressive level of depth to Fire Emblem Fates, especially when upgrades come into play, which helps to avoid waning interest.

After the branching path in the story of each game, you will find yourself in your own castle within the Astral Plane, which hosts your current team of characters. Within this castle, you also can erect buildings such as the Smithy, Rod Shop, as well as places like the Hot Spring. You will be able to start purchasing new weapons at certain buildings, with newer weapons coming as you upgrade further. There are plenty of different weapons to choose from, with each having its pros and cons. The biggest problem however is that the game does not have a comparison to your current weapon available, which causes a lot of backtracking through menus just to make sure you aren’t wasting money on a lesser item.

There are an abundance of side quests for you to take on in Fire Emblem Fates, offering you the chance to acquire plenty of experience for leveling up and gold to buy new weapons. Between the story chapters, you will have plenty of options at your disposal, such as Challenges and Invasions. Challenges can be acquired by scouting, though at the cost of spending gold. Challenges are just brute battles, but there are also Paralogues that you can unlock that provide more story, while providing new units to use as a reward. 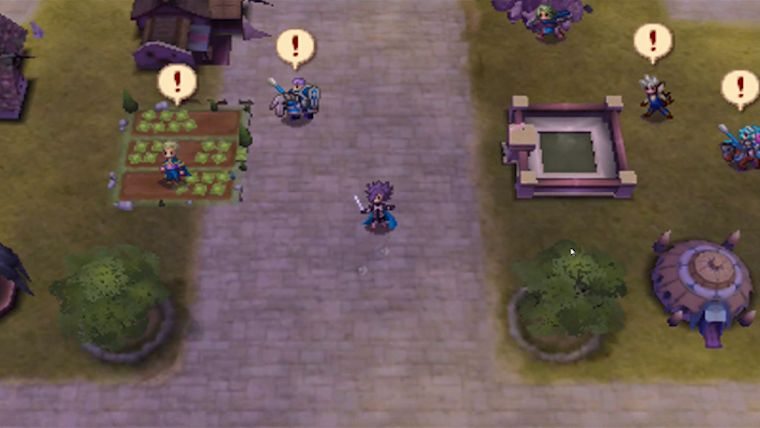 Invasions are also available as side quests in the game, which bring some of the buildings in your castle into play. Beyond the shops that you can add to the castle, there are special buildings and statues you can add that can support your team in battle. The actual fights are the same as any other, but the ability to essentially set up your own battlefield with your castle makes it even better. Adding even more to this mode, you can StreetPass others with the game to square off against them as well.

While the foundation of Fire Emblem Fates gameplay is the same throughout all three versions, there are some considerable differences that alter the difficulty of the respective games. Birthright is without question the easiest of the three games, as it has the most basic mission types with more access to experience and gold. Conquest differs in that the experience points and gold are earned in less quantities, though not by enough to cause significant trouble. Revelation actually fits well as the middle ground between the two, which feels just right after playing through both.

Beyond the individual difficulty differences, Fire Emblem Fates also offers multiple difficulty levels, along with being able to choose what happens to characters when they die in battle. The classic Fire Emblem approach with permadeath is available, but for those that don’t want that level of challenge, you can have it to where they return after each battle instead. Intelligent Systems definitely made the right choice here, as having only one way or the other could have greatly diminished the experience for many potential players.

Fire Emblem Fates: Conquest offers more layers to the actual level design, as the battles feel more complicated than Birthright. Rather than just having simple objectives like destroying all enemies or taking down a boss, there are some shakeups to the formula, such as having to escape an area in a certain amount of time. Revelation also has some very inventive stage mechanics as a result of the smaller roster of characters, that once again really do make the games feel like separate experiences in a lot of ways, even with sharing of some maps. 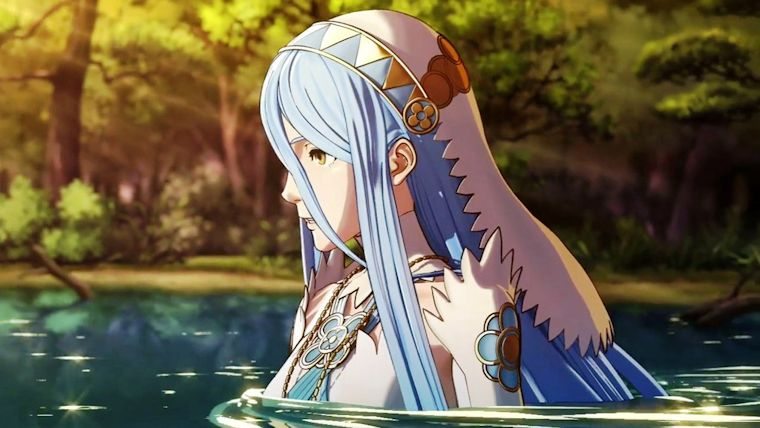 All three versions of Fire Emblem Fates also include amiibo support for the currently released Fire Emblem amiibo. By using them while in your castle, the specific character will show up and provide you with two items on consecutive uses. On the third time, they will ask you to face them in a Hero Battle, which will provide them as a usable character. While the amiibo usage may not be as much as some games, this is one of the better ways to handle it, as it provides a little extra reward for those that bought that character.

Fire Emblem Fates is without a doubt the most ambitious outing yet for the series, offering players three different games that branch off the same opening. The very well designed classic Fire Emblem battle system remains the same in each, though the events surrounding it can change tremendously. The captivating story and strong cast of supporting characters, along with the very impressive breadth of pure content, make Fire Emblem Fates: Birthright, Conquest, and Revelation a must own trilogy for the Nintendo 3DS.